A Biblical Guide to Raising Kids who Love Jesus

“On the next day we who were Paul’s companions departed and came to Caesarea, and entered the house of Philip the evangelist, who was one of the seven, and stayed with him. Now this man had four virgin daughters who prophesied.”

As Paul made his way to Jerusalem to celebrate a feast and look for opportunity to share Christ with his countrymen, he stopped in the city of Caesarea at the home of Philip the evangelist. We were first introduced to Philip back in Acts 6 when the church sought to solve a problem by selecting servants to minister to those in need. Philip was one of these young men. Later he became a missionary to Samaria, and then an itinerant evangelist who finally settled down and raised a family in the Roman city of Caesarea.

It is here that we are introduced to his four virgin daughters who prophesied. While we are not given much insight into his family life, we can conclude that if he raised four young ladies who walked with and served the Lord, he must have implemented certain biblical principles into his home. While it is true that even those raised in the godliest of homes sometimes walk away from the Lord, it is also true that applying biblical principles in our homes will greatly increase our chances of raising godly kids. The following are some important principles to keep in mind as we seek to raise up another generation to love and serve Christ.

“Behold, children are a heritage from the LORD, the fruit of the womb a reward. Like arrows in the hand of a warrior are the children of one’s youth. Blessed is the man who fills his quiver with them! He shall not be put to shame when he speaks with his enemies in the gate.”

As parents we need to see our children not as our property but as our responsibility. We bear a responsibility to God, to them, and to society in general to raise children who understand who God is and what is required of them. It is the primary responsibility of home, not the church or Christian school, to educate our children on God and His Word. The question we want to ask ourselves is, how do we go about doing that? Part of the answer is found in the actions of Hannah as she offered Samuel to the Lord.

“’For this child I prayed, and the LORD has granted me my petition that I made to Him. Therefore I have lent him to the LORD. As long as he lives, he is lent to the LORD.’ And they worshiped the LORD there.”

Perhaps the first step in childrearing is to dedicate our children to the Lord. We need to see that God formed them in their mother’s womb and has a plan for their lives. They are fearfully and wonderfully made and He has foreordained good works for them to walk in. It is our responsibility to prepare them for the calling God has placed upon their lives.

I have always been struck by the actions of Amram and Jochebed, who took their infant child, placed him in a basket and set him adrift in the Nile. They were able to do this because they trusted their son into the hands of the Lord, believing that God had a plan for his life.

“But as for me and my house, we will serve the LORD.”

Joshua gives valuable insight into biblical childrearing. He declares that he not only devoted his family but also himself to the Lord. One of the mistakes that many parents make is hoping that their children will walk with the Lord and make godly decisions while they themselves fail to do the same. This behavior crippled the parenting of David. When he allowed sin into his life, he became incapable of dealing with the misbehavior of his children. Lectures, church attendance and disciplinary actions do not speak nearly as loudly to a child as a good example does.

Not long ago a young pastor was sharing at our church. After the service he was asked how he as a pastor’s kid grew up to love and serve Christ. His answer stayed with me. He said, “My dad was the same guy at home as he was at church.” It was the godly example of his father that most impacted his life.

Parenting is the greatest and most challenging adventure we will ever set out upon. It is important that we do so carefully and with the guidelines set for us in the Word of God.

“Train up a child in the way he should go; even when he is old he will not depart from it.”

In addition to dedicating our lives and our children to the Lord, it is critical that we take the time to properly instruct our children in the Word and the ways of God. This can seem like an overwhelming task to many parents. We feel as though we are no experts on the Bible and do not have what it takes to instruct others. This can be easily dealt with by simply reading through the Scriptures with your children. Perhaps a good way to start is to read through the Gospels each night before they go to sleep. Even older children enjoy hearing the stories of Christ. It also might be helpful to get some simple, age-appropriate devotionals to read with your children or to have them read before bed. Every investment of the Word will bring about great dividends in their lives.

“And these words which I command you today shall be in your heart. You shall teach them diligently to your children, and shall talk of them when you sit in your house, when you walk by the way, when you lie down, and when you rise up.”

As important as it is to read the Scriptures with your children, it is also important to put the lessons of the Word into practice in the real world. Infusing biblical principles in the issues of life is a great way to go about doing that.

For a period of time my oldest son and I were spending time surfing together a couple times a week. When I would get home from work he would have the boards waxed and ready to go. Those drives to the beach and hours spent in the water became a great time to disciple him. We talked about surfing, competing, winning, losing and applied the principles of the Word to every situation. It was those times where he learned how to live his Christianity out in the real world. You might not have an ocean nearby or any desire to get into it, but drives to soccer games, ballet or science fairs become ideal times to let your children talk about what matters to them and to help them see how God would have them react.

Recently we saw the reward of some of those investments in our youngest son when he was having issues with a friend. My wife listened to his grievances without really giving him any direction. The next day he called and informed us that he felt as though the Lord told him that he needed to humble himself and show love to his friend. We were so proud of him, as well as so blessed to see him applying the truths of Scripture to his personal situation.

“Whoever spares the rod hates his son, but he who loves him is diligent to discipline him.”

“Fathers, do not provoke your children to anger, but bring them up in the discipline and instruction of the Lord.”

There are times as a parent where we need to step in and discipline our children. A recent study showed that children who had clear guidelines that were lovingly and strictly enforced had a much higher self worth and were much more socially prepared than those whose parents failed to have clear standards.

While discipline is important, it is also necessary to realize that we cannot place standards on our children that are too difficult for them to keep. It is pretty common for parents to see character traits in their children that they do not like about themselves. Since these traits have given us such difficulty in life, we attempt to discipline them out of our children.

I can remember growing up and seeing my dad and my older brother in regular conflict with one another. Recently he and I were reminiscing and he said, “Do you remember Dad threatening to send us to military school?” I immediately responded, “He never threatened to send us to military school, he reserved that threat for you alone.” The reason they had such conflict was due to the fact that my oldest brother was the most like my dad. The fear of him repeating his father’s mistakes drove my dad to put expectations way too difficult for him to fulfill. This seems to be pretty common. What we need to do is trust that God will use some of the weaknesses of our children to sanctify them and transform them into the image of Christ. I am not talking about failing to address the misdeeds of our children but we must do it with grace and understanding.

Parenting is the greatest and most challenging adventure we will ever set out upon. It is important that we do so carefully and with the guidelines set for us in the Word of God. 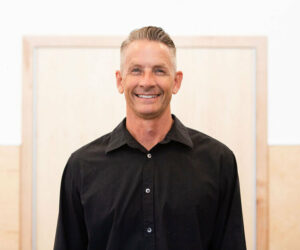 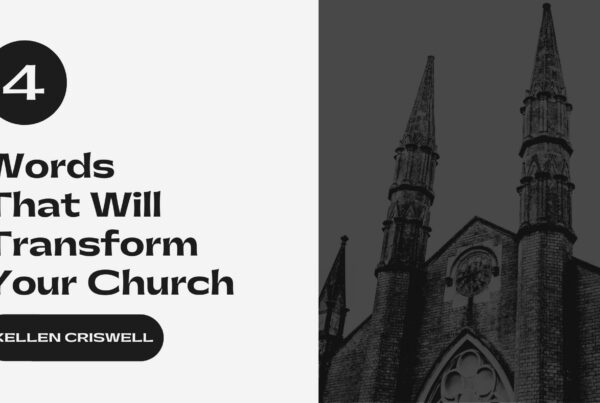 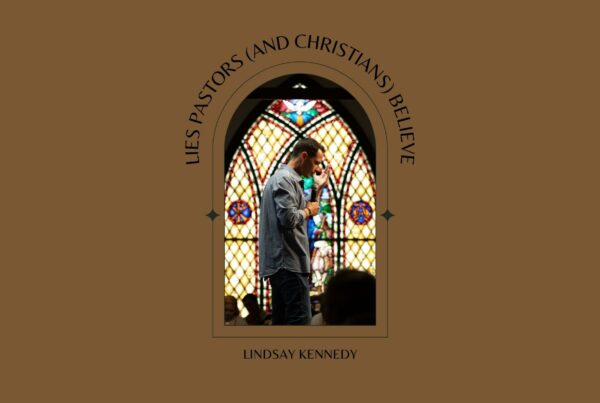 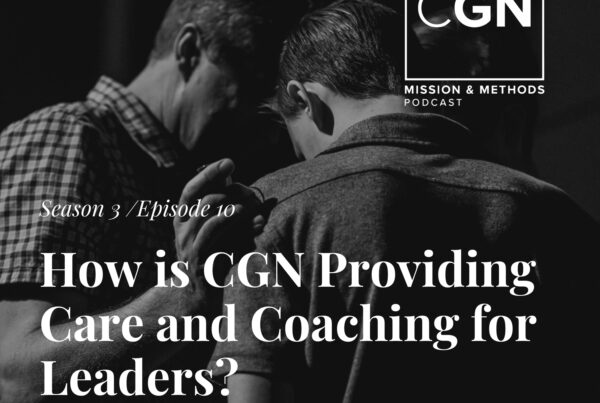 How is CGN Providing Care and Coaching for Leaders?