A Culture of Wannabes: Be Imitators of God 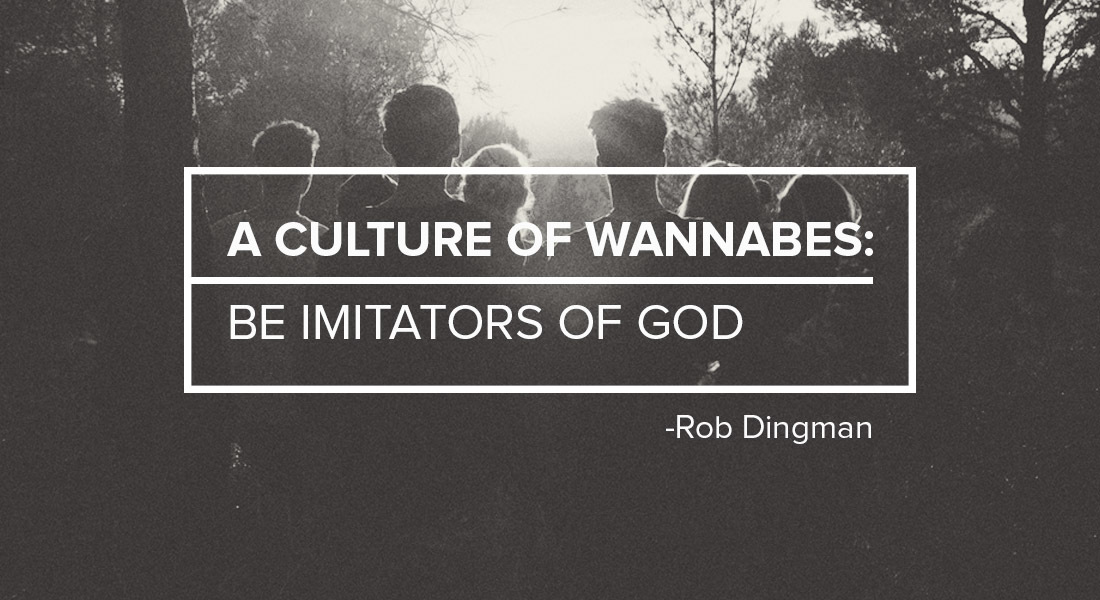 A “wannabe” is defined as:

1. A person who wants or aspires to be someone or something else or who tries to look or act like someone else.

2. Something (such as a company, city or product) intended to rival another of its kind that has been successful; especially: one for which hopes have failed or are likely to fail.

There is dissatisfaction, aspiration, emulation and failure in being a wannabe.

Dissatisfaction, because what they are doesn’t impress them as much as someone else. Aspiration, in that a wannabe wants to be more than they already are. So instead of staying themselves, they work on being like somebody else. But that imitation is not likely to succeed. There is already a person who is the real thing. People do not want an imitation; they want the real thing. Granted, there is a niche for tribute bands and Elvis imitators. But imitating Elvis is not like being Elvis. When a company comes out with a “me too” product, they are not likely to be as good as the original product. So that attempt to be like someone else or something else is already headed to failure. No one is going to take the place of that original person or thing.

One of the powerful conforming tendencies of our culture is to be something more than we naturally are. We have a culture full of wannabes. It shows itself in imitators of all kinds. There is also a deeper current of personal dissatisfaction in the gay and trans movements. I don’t like myself as I am. I would be happier if I were another gender, another person altogether. There seems to be no end of official encouragement to be something other than who you are, that satisfaction and happiness is in being something other than what you are right now.

I got on to this line of thinking as I meditated through Psalm 86:10, “For You are great, and do wondrous things; You alone are God.” I thought about how there is only one God, and almost immediately I thought of a verse that augmented that, 1 Corinthians 8:5-6:

Isn’t it interesting that there are many gods and many lords? There were all the Greek and Roman and local deities that Paul and the first Christians had to deal with. Behind those are the principalities and powers, the spiritual forces of wickedness in the heavenly places. And behind those is the devil.

What struck me then was the realization that the devil is a wannabe.

He had aspiration to be something greater than he was because he was dissatisfied with what God made him. Because there is no one greater, he wanted to be God. And so he emulates God. He is the god of this world. He has his angels. He gives favor to those who seek him. He wields power, and he schemes; and he exercises authority. He falls short of being God and is now lower than what God originally made him.

Since the devil is the prince of the power of the air, he determines the environment, the atmosphere in which this dark world lives. Part of the mindset of this world is dissatisfaction with the person we are. We don’t measure up. We compare ourselves with one another: Am I better than they, or are they better? Do I win or lose? Many of us don’t measure up because we are duds and lumps. Emulating others does not lead to success. It leads to being seen as a wannabe. Not measuring up leads to discouragement. Even in Christian circles there’s the tendency to compare oneself and measure oneself by others. There is a real temptation to emulate successful ministers and to despair if emulation is impossible.

I wish I were somebody else is the doorway to discouragement and despair. The answer is not in somehow trying to change ourselves to be like someone else. It lies in the opposite direction, to become what God intends for you to be. The good news is we are not to be like anyone else. To be like another sinner is simply not enough. What are we going to be, then?

God wants us to become like Jesus Christ, the Son of God.

That is far better than becoming like someone else. The Son of God is a one-of-a-kind. Unique. As we follow Him and imitate Him, we become unique, one-of-a-kind people. You can see this in 1 Thessalonians 1:6-7, “And you became followers of us and of the Lord, having received the word in much affliction, with joy of the Holy Spirit, so that you became examples to all in Macedonia and Achaia who believe.”

“Followers” is the Greek word from which we get the English word, “imitate.” The Thessalonians imitated Paul, what he believed, did and said. As they imitated Paul, they became “examples.” The Greek word is tupos, from which we get the word “type.” A type is an original from which one makes copies. These believers started out emulating and imitating Paul, but they didn’t end up wannabes. They became originals that others began to imitate in following Jesus. In following Paul, the Thessalonians were following Christ. Paul said to the Corinthian church in 1 Corinthians 11:1, “Imitate me, just as I also imitate Christ.”

What will that look like? Outwardly, it might look rough. We will suffer, as Christ did. God will do a work in us to make us humble, just like Jesus, even as He does a work through us to benefit others. There will be setbacks, betrayals, the work will be hard and not always appreciated in this life.

Inwardly it will be glorious. We will be sustained by strength from heaven. We will know God’s love for us in Christ. We are going to love everybody. That may not look outwardly spectacular, but love is always eternally significant. Eternal significance is a lot better than being temporally famous and building huge monuments to ourselves. Our names may not be widely known in this world, but we are well known by God.

The source of our individuality is our calling in Christ.

“For we are His workmanship, created in Christ Jesus for good works, which God prepared beforehand that we should walk in them” (Ephesians 2:10).

As we pursue those good works that God has prepared for each one of us to do, we will inevitably become unique. That course God has for you and its experiences will forge your character and develop you to be the person He wants you to be. It also makes comparison irrelevant. Why should your path look like anyone else’s? All that matters is doing what God wants each one of us to do. Then we can enjoy, “Well done, good and faithful servant,” forever. 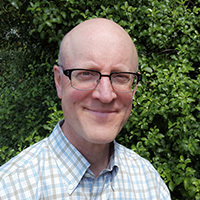