Be Anxious for Nothing 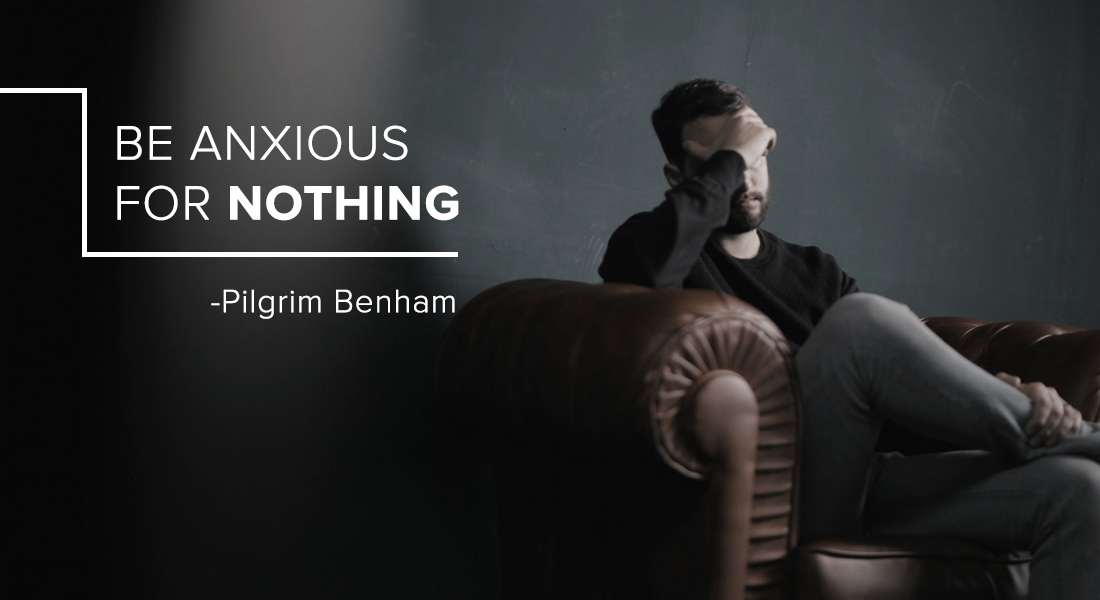 I will never forget the day I received the hospital bill in our mailbox. I was having a particularly cheerful day up until that moment. As I reached in and perused the typical “junk” advertisements for a car lot sale, coupons for Memorial Day closeouts and an invitation to an exotic getaway cruise to the Caribbean, I began opening a letter addressed to my wife and I from the hospital. She had given birth to our son who was born two months premature due to a placental abruption. Thankfully, he was home and healthy, thanks to the incredible work of the nurses and doctors of the neonatal intensive care unit. We knew our insurance would be covering most of the bill, but here was the final verdict in my hands at last. I opened the letter and almost collapsed. It stated that our insurance refused coverage, and we owed the hospital around $115,000! Needless to say, I decided the Caribbean cruise could be our escape from the country before we had to pay the money…

For the entire day, I paced the house frantically. I prayed constantly. I spoke with my wife, and our conversation was vigorous and stressful. I texted my friends and asked them to intercede for us. I looked at the letter over and over again with contempt, asking God why He would do this to us. That day stands in my life as a textbook example of anxiety. And little did I know it would all change with a simple phone call later that evening…

Consider the things that make you and me anxious.

Finances, health, relationships, public speaking or losing something. Maybe it is the fear of something much more ordinary, like traffic or the to-do list in front of you today. Many people are anxious about failing or even succeeding. They begin worrying about the outcomes of situations, and then allow that worry to consume them. Eventually, their heart rate and blood pressure rise. They eat less (or more!) and unhealthily. They lose sleep. They grow exhausted and lash out at people they are in relationship with. Soon their thoughts consume them and cripple them. The peace that could be theirs is void, and every day becomes another futile exercise in fear. Some people turn to medication or therapy to help them cope with the difficulties. And it all stems from anxiety.

The Scriptures aren’t silent about anxiety.

Paul tells the Philippian church plainly: “The Lord is at hand; do not be anxious about anything, but in everything by prayer and supplication with thanksgiving let your requests be made known to God. And the peace of God, which surpasses all understanding, will guard your hearts and your minds in Christ Jesus” (Philippians 4:5b-7).

Did you catch that? “Do not be anxious about anything.” That pretty much sums it up! We aren’t to allow our minds to succumb to anxious thoughts but to bring our concerns in prayer and gratitude to the Lord. And we are promised that His peace (which is far greater than the peace that comes from understanding) will guard our hearts and our minds in Christ Jesus.

I’m reminded of the time Jesus’ disciples were faced with almost certain death. They were in a boat crossing the Sea of Galilee. This sea has a reputation for fierce squalls appearing virtually out of nowhere and becoming life-threatening within minutes. When this happened, notice what Jesus was doing:

“And when he got into the boat, his disciples followed him. And behold, there arose a great storm on the sea, so that the boat was being swamped by the waves; but he was asleep. And they went and woke him, saying, ‘Save us, Lord; we are perishing.’ And he said to them, ‘Why are you afraid, O you of little faith?’ Then he rose and rebuked the winds and the sea, and there was a great calm. And the men marveled, saying, “What sort of man is this, that even winds and sea obey him?” (Matthew 8:23-27).

The disciples had every “right” to be anxious. Matthew points out that the storm was “great,” and that the boat was being swamped by the waves. This wasn’t a small storm, this was a strong tempest that had the potential to capsize the boat and drown all 13 of them. Because of that, they had every right and reason to be worried. No doubt they were probably trying to steer the boat safely, protecting themselves and seeking to expel the water that had swamped the boat. But what was Jesus doing?

Jesus was asleep. As the wind was howling, the waves were rising, the water crashing, the disciples screaming, the storm threatening, Jesus wasn’t worried. He was at rest. The disciples woke Him up and asked Him to save them. His response is telling: “Why are you afraid, O you of little faith?” That seems like an easy question to answer. “Why are we afraid? Because of certain death! Because of the wind! Because of the waves! Because our boat is about to sink!” But Jesus gets to the root of fear and anxiety: It is rooted in a lack of faith.

Anxiety is, in its truest definition, insubordination. It is a lack of faith.

Think about it, when we are anxious, we are placing our faith, rest and peace in circumstantial providence, not in sovereign providence. We think that by worrying about a problem, we will solve it. Worrying solves the problem no faster than ignoring it. Both of these are unbiblical responses and will only lead to hardship. We must submit it to the Lord.

We have a choice with every anxious thought to either bear it on our shoulders, ignore it and hope it disappears, or to cast it on the Lord, knowing He cares for us (1 Peter 5:7). Today, as you are reading this, what are you anxious about? Are you dealing with the problem or pretending it will go away? Are you harboring worry and fear in your mind or bringing the problem to Jesus? The disciples may have been afraid, but I like that they brought their concern to Jesus. Immediately, He rebuked the winds and the sea, and Matthew says “There was a great calm.” Is Jesus concerned about your problem? Is He capable of handling it?

The night I received the hospital bill, I made a phone call to our insurance company. Apparently there had been a billing glitch, and they apologized and said to disregard the bill. They would fully cover it! I fell out of my chair and ran around the room exclaiming God’s goodness. I had wasted an entire day stressing about an issue that didn’t even exist. I learned a valuable lesson that day: My job is not to live as a practical atheist, attempting to best God at His work. I needed to simply submit and rest and trust that either this was Him testing me or proving me, but even if we owed triple that amount, He would be glorified in and through our lives.

If we are subordinate to God’s authority and provision in our lives, we won’t step out of order and bear the responsibility of the outcome of our situations. God is sovereignly working all things for His glory and our ultimate good, and we need to trust that. If we will submit to His Lordship and rest, we will like Jesus be at peace in the boat no matter what storms rage around us. Even if that boat ends up being a cruise ship to the Caribbean. 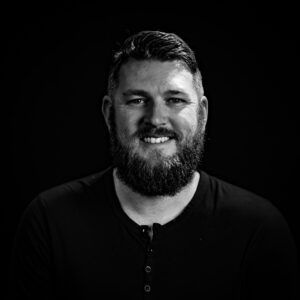