Bullied by Tolerance – When Every Truth but Yours is Allowed 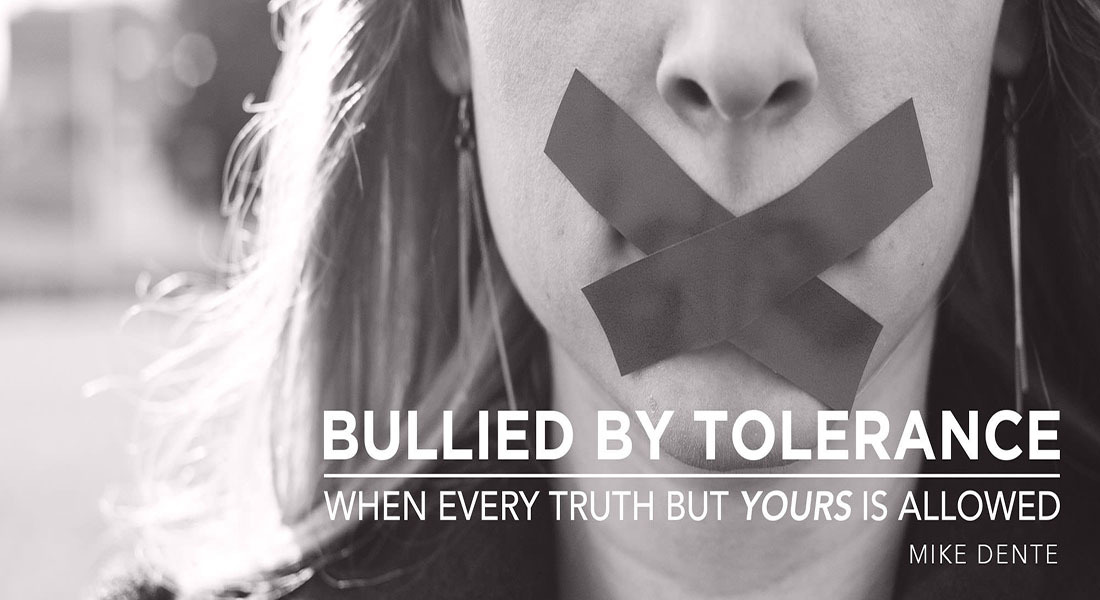 Why do I feel bullied by tolerance?

I thought the concept was to allow dialogue between opposing viewpoints, but it seems to me that the definition has changed over time.

I looked for concrete proof and found this definition on the UNESCO website: “Respect and tolerance are liberating acts, whereby the differences of others are recognized as the same as our own and whereby the riches of another culture taken as the wealth of all” (Irina Bokova, March 21, 2014). Even in this quotation, I see the notion has been re-defined beyond simple acceptance and respect. It would appear, as tolerance now necessitates accepting our differences, as the same as our own, and that in doing so, brings a new liberty to the society. Yet, if this idealism truly is liberating, it seems like not everyone is reaping the benefits.

Agreeing to disagree could help in ending quite a bit of conflict worldwide.

This is what was taught in the past, but that’s not the way Western culture is living out this newest form of tolerance. At times, I have the impression that considering a difference of opinion, as having the same value as mine, has really become…we must think identically. Rather than having two differing points of view, we now have a tolerant view and an ignorant one. This may be why, if I don’t subscribe to a specific “right way of thinking”, I am labeled negatively.

Not long ago, I saw a revealing headline on the newsstands: “Peut-on encore débattre en France” or “Can We Still Debate in France?” Granted, this article is a politically charged statement, but the author is referring to the current fractures in French society, concerning religion and the values of the French Republic. There was a time, not so long ago, when the Catholic Church had such a firm grip on their society that discordant views were not acceptable. Today, there is a separation between Church and State and a culture of practical atheism to keep it that way. So asking if we can still debate in France, isn’t asking if a religious voice can speak with the same level of respect, given a non religious one. It’s asking if speaking in the public sphere without bringing up God is still possible. It would appear that uneasiness is felt on both sides of the Atlantic.

In most of the world, Christianity has historically lived under this kind of social marginalization.

Even in places where the official religion is Christianity, there is always the difference between a State belief and faith. Yet, we are torn when what has been labeled as a Christian nation no longer tolerates a faith-based opinion. How are we supposed to live when what we know to be love is labeled as hate? Do we adopt this new form of tolerance, change our stance and/or accept our newly defined inferior position? “Speaking the truth in love, we are to grow up in all aspects into Him who is the head even unto Christ” (Ephesians 4:15). In this verse that is speaking more about the church, I believe we have a clue; we must speak and model something better. We have a voice that needs to be heard in this pluralistic society. Certainly, we are to be participants of our world, if we are to accomplish our mission to it. There are some people we need to engage, but others will never come to the table.

Some would say God has no place in the public arena, and some use God in a way I could never agree with. Our speech should be seasoned with God’s love, which may mean we need to wait before we respond and weigh what we say. Thankfully for most of us, our words are not instantly live and recorded everywhere like a presidential candidate. However, they are quite often deformed and misunderstood. Sometimes, that’s an opportunity to share with the people we are talking to and determine whether they are listening.

Having said this, at some moment, we have to stop and ask ourselves the same question. Am I guilty too?

Do we label those who don’t agree with us? Do we think less of them, if they don’t see as we do? Worse yet, have we adopted the “new tolerance” bullying strategy for our own devices? Again, there is the call to speak the truth in love and to grow in the likeness of Him who never spoke out against Cesar but against sin, injustice and hypocrisy. In the same way, we need to speak the truth, because it is the truth! We don’t want to be cowed into accepting what we know is false, just like we don’t want to be swayed by any form of false doctrine.

Whether we read inaccuracies in the left or right wing media, we must remember the larger dilemma.

We are here to glorify God in a world that doesn’t.

If we can glorify Him with speech and long conversations that will patiently discuss what we have on our heart, maybe we can win those in our immediate family and friends that are far away from the Lord. In this way, we can build bridges that allow us to share Jesus’ love much more effectively than rhetoric, one-liners or tweets. In my family, I had someone, whom I dearly loved, whose life resembled the new tolerance. We spoke about this over the years, but especially towards the end of her life; I needed to say difficult things. Though I said them, she knew without a doubt I loved her, and that gave me a place to speak the truth. We didn’t base our relationship on tolerance but on love.