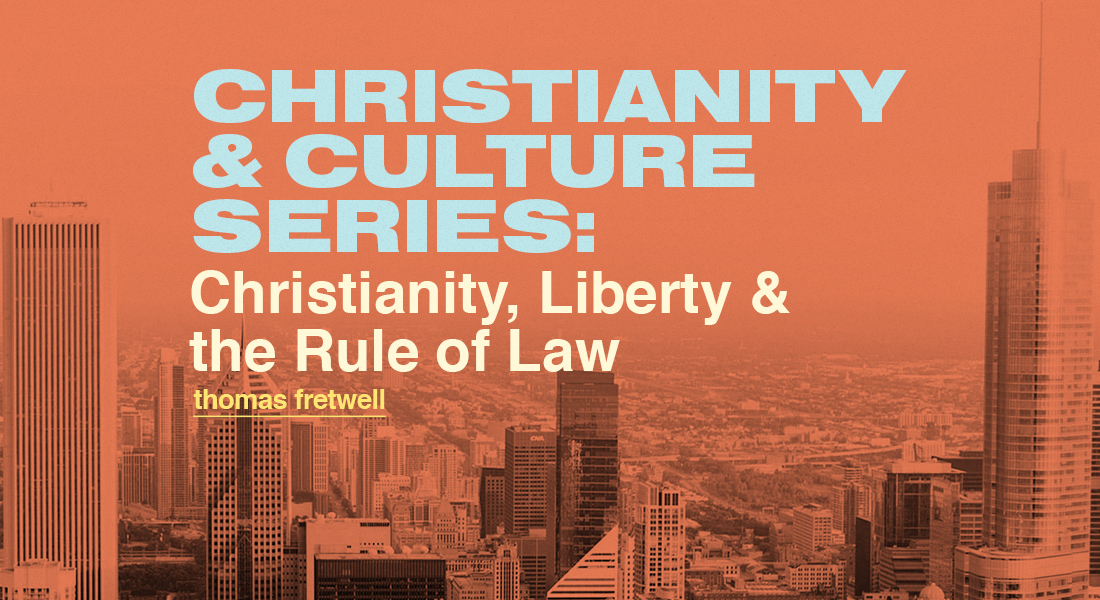 Dedicated to Charlotte Beveridge
School of Law
University of Sussex

The freedom and rights enjoyed by many people today in Western society are taken for granted. They are increasingly understood as being the result of a secular government capable of meeting every need. Rarely is consideration given to the fact that individual liberty and human rights are derivatives of the Judeo-Christian worldview and its impact upon civilization. This brief essay will seek to demonstrate some of the ways in which Judaism/Christianity has left its mark in the courts and law-making institutions around the world.

The decalogue is perhaps the most well-known legal code in the world today. The Ten Commandments form part of the legislation originally given to the prophet Moses on Mt. Sinai. He engraved them on two tablets of stone and presented them to the community of Israelites as the divinely ordained code of conduct they were to follow. The law of Moses stands out from other ancient laws codes, such as The Code of Hammurabi (1750 B.C.), in both its content and its influence. No other extant ancient law code has had such an impact on different civilizations across the world. To this day, the image of Moses and the Ten Commandments adorn the buildings of many of the most powerful courtrooms and legal institutions in the world, most notably the Supreme Court building in Washington D.C., indicating that many of the principles found in the Mosaic Law are fundamental to the Western legal tradition. Historian Max Dimont said that the Mosaic legislation was:

“The first truly judicial, written code, and eclipsed previously known laws with its all-encompassing humanism, its passion for justice, its love of democracy.”1

Undoubtedly, the Judeo-Christian faith shaped many of the assumptions in the Western legal tradition. Will Durant saw the fifth commandment: “Honor your father and your mother” as a statement that set apart the family unit as the foundational, sociological institution. He states:

“The ideals then stamped upon the institution marked throughout the medieval and modern European History until our own disintegrative Industrial Revolution.”2

Other parallels can easily be deduced; the commandment against adultery protected and sanctified the marital relationship, and by extension, the family. Schmoeckel comments that “even the concept of ‘family law’ itself was coined around 1800 due to the influence of Neo-Lutheran protestants.”3

Still further, the eighth commandment, “You shall not steal,” set precedent for private property laws, the ninth, “you shall not bear false witness,” guards against perjury and sets a religious moral precedent for legal procedure.

This ancient law code was carried around the world by the spread of Christianity and has influenced almost every culture in the world in some way.

These two concepts are closely related and have a long history within the western legal tradition. Although natural law theory has a history stretching back to Greco-Roman philosophers, it really came to fruition in Western Christendom. Natural law is the belief that morality can be seen in the natural order of creation and accessed through human reason.4 Christianity provided natural law theorists a way of permanently grounding natural law as an unchanging foundation for human laws. Based on the understanding that human beings are all created equal in the image of God, and therefore possess inherent worth dignity and value (Genesis 1:26-27). This understanding operates as a foundation for all theories of human rights – a standard of conduct based on moral principles that express the dignity of humanity. The apostle Paul expressed this position clearly when he said that Gentiles show “the work of the Law written in their hearts” (Romans 2:14-15). Theologians such as Augustine and Aquinas, two people responsible for shaping much of Western thought, continued in this natural law tradition.

Years later in the 17th century, the political philosopher John Locke (1632-1703) applied the natural law concept to government. He developed the idea that life, liberty and property are inalienable rights. Locke argued that governments exist to protect these natural rights. In his classic work Two Treatises of Government (1690), he argues that these natural rights did not exist merely in some Platonic Realm, but rather they were derived from the creation account in Genesis and the doctrine of Imago Dei. The legal scholar Sir William Blackstone, the person responsible for systemizing common law and author of the multi-volume Commentaries of the Laws of England (1765) said, “Upon these two foundations, the law of nature and the law of revelation, depend all human laws; that is to say, no human laws should be suffered to contradict these.”5

The Magna Carta and the Declaration of Independence

During the 13th century, the nobles and barons of England, dissatisfied with the tyrannical rule of King John, signed a written agreement between the king and his subjects that would limit the scope of his power. The document, proposed by the Archbishop of Canterbury Stephen Langton (who is known for dividing the Bible into the chapters we have today), would be called the Magna Carta. This document is influenced by Christian principles and acknowledges God in the Preamble. This Charta secured a number of historic rights for the individual that did not really exist before. Perhaps the most important result was the institution of trial by jury, something taken for granted in British and American law today. Judge J. Wapner pointed out where this principle was first found, “That’s right, in Leviticus. To be precise, in chapter 19, verse 15: ‘In righteousness shalt thou judge thou neighbour.’”6 It also set into law the principle that no one is above the law – not even the king. These principles from the Magna Carta still remain in the UK statute book today, clauses 39 & 40.7 This is what made Lord Denning, a leading English judge of the 20th century claim that the Magna Carta is “the greatest constitutional document of all times – the foundation of freedom of the individual against the arbitrary authority of the despot.”8

“The Declaration is a religious document, basing its argument for rights on theological grounds. Rights, the Declaration maintain, are a gift from the creator; ‘We are endowed by our Creator with certain inalienable rights.’ The logic is simple. No Creator, no rights.”9

Liberty and Justice for all

Although we have merely scratched the surface, it is clear that wherever Christianity has had a pervasive influence, it has always moved society in the direction of greater freedom and rights for the individual. The countries that are still dominated by non-Christian religions and governments, built upon non-religious ideals, display a marked lack of individual freedom and often a lower standard of concern for human rights.

Enjoy the rest of this “Christianity & Culture” Series!