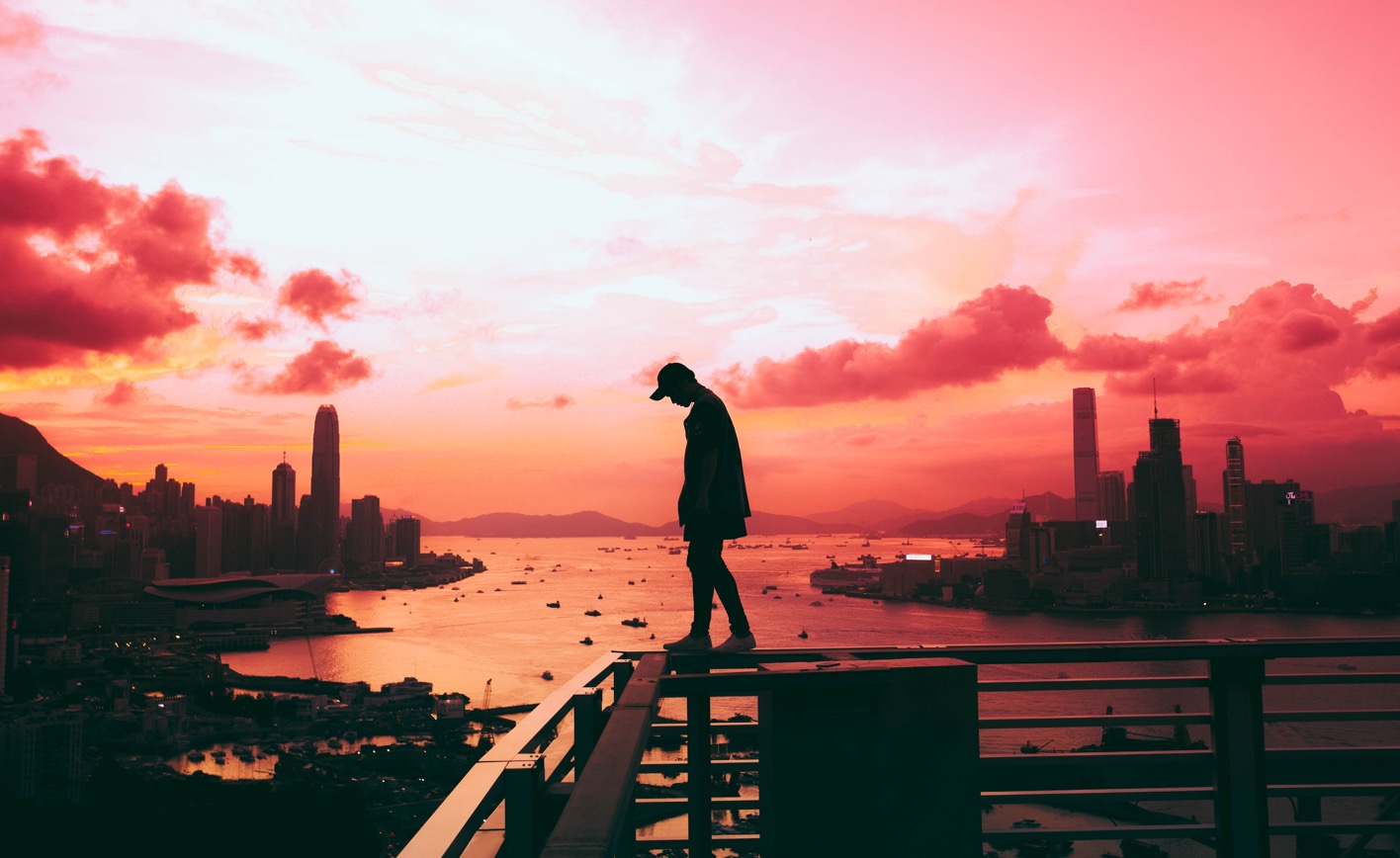 On a recent Sunday morning, a woman in our congregation approached me with a prayer request. Her adult daughter had refused to visit home during the holidays and increasingly wouldn’t visit her family at all. Citing different religious convictions and political ideologies, this daughter said that she didn’t want to be around such a “toxic” environment. So, she was cutting her family out of her life.

Understandably, this mother was distraught. She had given everything to this daughter: raised her right, loved her, provided for her — and now, they were estranged. The worst part was that the mother didn’t understand why this was happening. All she wanted was her relationship with her daughter back.

Stories of estrangement are on the rise all across America. In a recent article for The Atlantic, the journalist Joshua Coleman documents the rising trend of American families falling apart. According to Coleman, over the course of the last few decades, “the rules of family life have changed,” leading to a shift in how family members relate to each other. One generation — older Baby Boomers and Gen X — inherited from their parents a view of family bonded by blood, duty, and commitment. To their sensibilities, families should stick together no matter the cost. Yet that generation didn’t raise their children with the same convictions. The younger generations — Millennials and Gen Z — have inherited from their parents a view of a family that exists for personal fulfillment and happiness. These two views of family cannot coexist, and often lead to intense intergenerational conflict.

Many of us have noticed these changes occur over time. As Stephanie Coontz has written, Americans place great value on marriage (weddings are a 50+ billion dollar industry) but also have grown to “value our liberty, the pursuit of personal happiness and the right to leave a bad marriage behind.” In other words, we value family bonds and the choice to break our families apart. We want strong community, but we also want to maintain our greatest cultural export — individualism. Coontz calls it “the great American paradox.”

In addition to increasing individualism, there’s been a change in what family members deem acceptable behavior. David Brooks, in his column for The New York Times, reports that “there seems to be a generational shift in what constitutes abuse. Practices that seemed like normal parenting to one generation are conceptualized as abusive, overbearing and traumatizing to another.” While older parents might feel they are being “loving,” the adult children — nourished by growing interest in self-care (“What’s best for me?”) — decide they are being smothered and want out. With such strong disagreements, unity is impossible.

Older generations may have been more likely to work through these conflicts. Younger people, in contrast, are more likely to cut relationships off, even family. It’s believed that to hold on to them would be too difficult, too burdensome, or too #toxic. As Jonathan Grant says in his book “Divine Sex,” many of us “seek to avoid suffering at all costs. This helps to explain why relationships have become so brittle.” Combine brittle relationships with rising rates of divorce in the past few decades, and the result is an epidemic of estrangement. (Divorce among parents greatly increases the likelihood of estrangement among children.) Today, some 40 percent of Americans have experienced estrangement at some point — and the number is rising. As Brooks says, “parents in the U.S. are twice as likely to be in a contentious relationship with their adult children as parents in Israel, Germany, England and Spain.”

How should Christians respond?

The prophet Malachi speaks to a nation plagued by marital unfaithfulness and family dissolution. Intermarriage has led to idolatry and corroded true worship, leading to injustice, and divorce has destroyed whole communities, displacing entire demographics such as women and children. Into this culture, Malachi cries out in anguish, “Have we not all one Father? Has not one God created us?” Don’t we all worship the faithful, covenant-keeping God? “Why then are we faithless to one another, profaning the covenant of our fathers?” (Mal. 2:10) That is, if God has united us together, why are we dividing from each other?

But it’s more than families at stake for Malachi. “You cover YHWH’s altar with tears, with weeping and groaning,” he laments, because God “no longer regards the offering or accepts it with favor from your hand” (v13). Here Malachi reiterates a point he has made multiple times: Their relationship with God is at stake. Because they’ve been faithless, they’re on thin ice with the covenant God of faithfulness. The infidelity and betrayal so common in Malachi’s day is giving birth to an entire generation of faithless doubters who, looking at the family trauma all around them, come to the conclusion that God must not exist. Faithlessness in one generation leads to less faith in the next.

Realize more than families are at stake.

Like Malachi, we must first realize that it’s more than families that are at stake. The entire Christian witness hangs in the balance. As we read headline after headline of pastors unfaithful in their marriage, untruthful to their churches, and fraudulent in their finances, the same story will play out: Our younger generations will see the Church’s conduct and come to the conclusion that God must not exist. Or, as Malachi’s audience later shrugs, “Where is the God of justice?” (v17). When we realize that faithlessness leads to less faith, it’ll help us prioritize familial and communal bonds that were central to Jesus and Paul (John 13:35; Col. 3:14).

Central — not optional. Thus, we must make faithfulness in family essential to the Church’s witness of the faithful, covenant-keeping God. Leaders, especially, must prioritize their marriages as more important than their platforms and their children as more important than their congregants. There’s a reason why Paul’s qualifications of an overseer emphasize family management more than church management (1 Tim. 3:1-7). Many leaders talk about prioritizing family, but few make a healthy family a qualification for leadership in the first place.

In addition, we must walk our friends through these experiences in everyday life. We must be sensitive to older people who, like the woman mentioned above, may have been cut off without much explanation. These older people are confused and distraught. We can help them understand where their children are coming from and how they could take steps toward reconnection. And when we listen to people, young or old, talk about family members as “toxic” or “a bad influence,” we should be cautious about siding with them too quickly. If we drive deeper into the story, perhaps we will find that it is they who need to change, not their family.

Lastly, preachers and teachers must engage in counter-formation in order to steel people against rising estrangement. Malachi’s prophecy offers some of the Bible’s most insightful comments on marriage and family. “YHWH was witness between you and the wife of your youth … though she is your companion and your wife by covenant” (v14). Here he teaches his audience what a spouse is: a covenantal friend. The basis of a good marriage is not sex or even happiness but companionship, friendship, and partnership. “For the man who does not love his wife but divorces her … covers his garment with violence” (v16 ESV; NKJV ‘God hates divorce’). Here he instructs his listeners about the dangers of divorce. Today divorce is one of the many options of today’s modern family, but according to God, divorce is violent and painful. Though it’s sometimes necessary, it’s never God’s ultimate good (see also Matt. 19:8).

Malachi’s closing statement gets to the heart of the matter: “So guard yourselves in your spirit, and do not be faithless” (v16). Faithlessness begins in the heart, so we must constantly guard (lit. “watch over”) our inner lives — our desires, our thoughts, and our emotions (see also Matt. 5:28). In these samples, Malachi is engaging in counter-formation: training followers of YHWH to reject the culture of infidelity around them and to become faithful to their families and their God.

In our day, we must teach counter-formation in the Way of Jesus. That means promoting biblical community instead of American individualism; commitment-keeping rather than promise-breaking; face-to-face conversation rather than quick digital connection; God’s purpose for family instead of self-fulfillment; conflict resolution instead of brittle victimhood; and — most importantly — how to forgive one another as Christ has forgiven us (Eph. 4:32). As Tim Keller has recently written, forgiveness is a diminishing ethic in our judgmental culture. In the midst of a rising tide of estrangement, perhaps the only thing as countercultural as parents forgiving their children is children forgiving their parents. 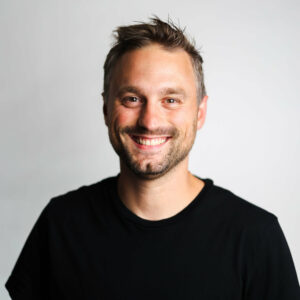 Riley Taylor lives in the Pacific Northwest, and is the lead pastor at Calvary Fellowship. Follow him on Facebook and on his YouTube channel Pacific Parable.