Home for Christmas: Pondering the Gospel this Advent Season 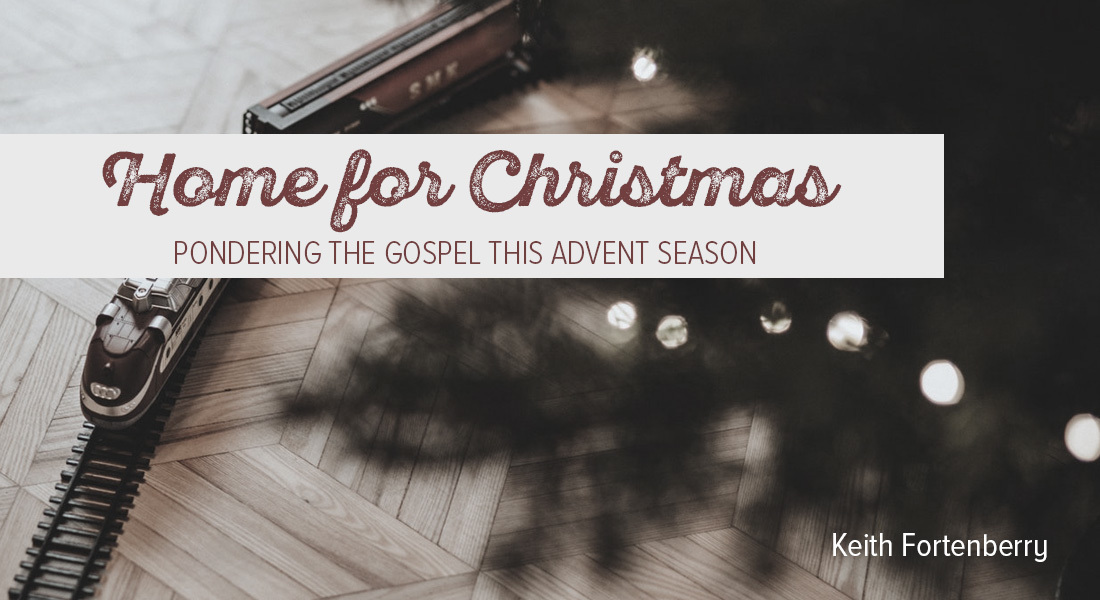 Christmas is often a time of reminiscing, rejoicing and reconnecting with family and friends. It is the occasion to celebrate with friends and family that make the Christmas experience so meaningful. In fact, it is often a time when we love to go home and be with family. There is something about being home that makes Christmas so enjoyable. In this short post I want to explore what it means to be at home from a Biblical perspective and suggest that to be at home in the Christian sense means to be in union with Christ.

Man was Made to Live on the Earth

When God made the world and mankind, He placed man on the earth, which He had suited with all that was necessary for life as humans. God’s intention was that man would live on the earth as stewards and ambassadors for God. Thus, they were to be fruitful and multiply (Genesis 1:28) and subdue the earth. Man was made to dwell on the earth and partner with God. Scholars often refer to this as the Cultural Mandate. Man was to be in harmony with God and work in the world to provide a comfortable and safe living space for God’s image bearers. In a very real sense man in his original state was at home in the world as God intended. He had harmony with God and as far as his God given mandate, with the earth he was to tend to and work with.

The Fall Turned Mankind Into Wanderers Longing for a True Home

It is very popular to hear phrases like “we were never meant for this world,” but I am not sure that is accurate. Such reasoning might make its starting point the fall of man, and not the initial creation of man and God’s purpose in that creation. Whatever ones view of the new heavens and the new earth, I think it is clear that there is a renewed (redeemed…whatever word you want to use is fine with me) physical world that enters into the redeemed order of God’s new humanity in Christ Jesus (Romans 8:18-25; Revelation 21,22) where man will dwell with God in eternal joy and bliss with no more traces or effects of the curse. But it is precisely this curse that complicates our relationship with this present world.

As man was expelled from the garden, he was in a sense vomited out of the paradisiacal eden and forced to reckon with a cruel world whose cooperation would come reluctantly in helping mankind fulfill their purposes. Sense the expulsion from the garden, man is depicted as a wanderer in the Bible. The theme of pilgrimage is seen over and over as man is a sojourner longing for the sense of true home (Hebrews 11:8-13).

For our culture, home provides a sense of belonging, security and identity, none of these things can be discovered in any temporal categories in the ultimate sense. Man is a wanderer looking for a home, a stranger who has no rest until he is safely at home. Such is the picture of man in the Bible.

Jesus is Our True Home

I think that this concept of home has relevance for the Christmas season because in this season we celebrate that fact that Christ left His home, to dwell with us that we may dwell with Him and be at home in Him. Jesus, in entering into the full experience of humanity lived as one who had no home. During His ministry, He often slept under the stars (Luke 9:58), and in the homes of friends, being the true pilgrim in his own world (John 1:10) in every sense of the word although He had absolute power and rights to do otherwise. Rather He chose to make His dwelling in us that our dwelling might be in HIm. On one occasion Jesus said these words:

“If anyone loves me, he will keep my word, and my Father will love him, and we will come to him and make our home with him” (John 14:23)

Here Jesus speaks of Him and the Father making their home in His people.

Here He speaks of His people being in Him. Thus, there is some form of mutual indwelling. God is in us because we are in God. The “in Christ” and “in Him” language of the New Testament is strong and often. Moreover the language of God the Father adopting us as sons with Christ our elder brother also points to the living familial relations we have with God who calls us into ‘His’ Triune family, all of which hint at being in His home.

I mention this in terms of being at home in God because it is precisely when one enters into this vital union with Christ in God that they can say they are at home. This is when man finds his true identity, rest, safety, meaning and purpose.

What is also interesting is that Jesus said that for our eternal abode He was preparing our place in His Fathers house (John 14:1-3). Jesus is the ultimate host, given to hospitality and He welcomes us into His family, His house and prepares a place for us.

As we ponder the gospel this advent season, let us see Jesus as the one who came to bring us home to God. This babe who was turned away from the inn for lack of rooms is the Lord of all who is preparing for us a place in His Father’s house with many rooms. He who relied on the generosity and hospitality of others while He ministered on earth is preparing a palatial home for us.

This Christmas as we are preparing our home to celebrate we have been mindful that our home is to point to our true home in Christ and unless we are sinking down into that reality, our earthly home is missing the target. So I pray for all the saints that we find our home and rest in Christ and sink down deeply into His vital life and being in meaningful and lasting ways this Christmas. 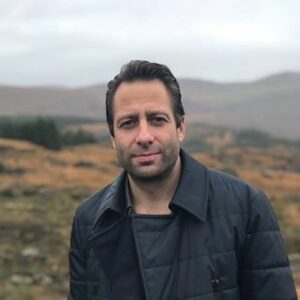