Reframing the Gospel for the Nations in our Neighborhoods Part 3 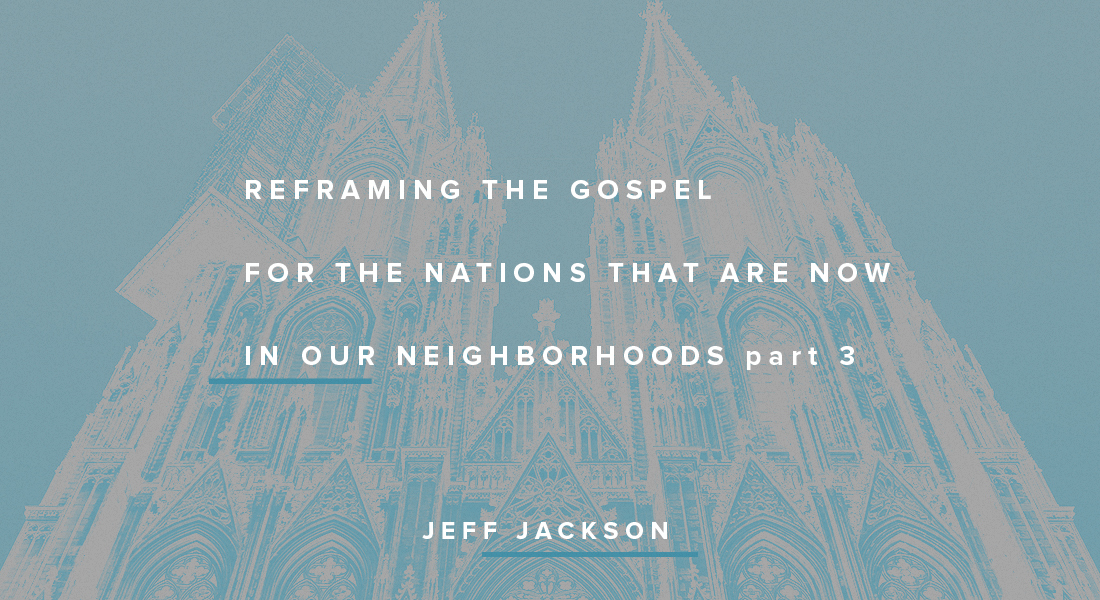 When there was no more wine to supply to the guests at a wedding they were attending, Mary approached Jesus and subtly told Him to do something to help a family she cared about.

The cultural operating system that was at the base of their interaction is very similar to those that our new neighbors from around the world navigate by, which is why I believe John 2:1-11 provides some amazing on-ramps for sharing the Gospel with them.

In this third part of a series, I continue with viewing this incident through nine non-Western cultural glimpses (Enjoy Part 1 & 2 of this series).

A RESPECTFUL, BUT CLEARLY UNDERSTOOD, “NO!”

Knowing that Mary was actually prodding Him with a motherly request, Jesus makes two points in His response to the meaning of the words she had just spoken to Him.

First—using a title of respect for an older woman, (think of the word “ma’am” in our language), Jesus tells Mary that the situation isn’t something that He feels compelled to be concerned with.

He wants her to know that He’s there only as an invited guest and feels no compulsion to do something to alleviate the consequences that will be produced by the family’s inability to plan correctly.

Second—Jesus tells her that He is living in accordance with a predetermined time schedule in which key aspects of His character are already planned to be unveiled, and for these reasons, He is not inclined to do what she wanted Him to do.

In other words, to put as simply as possible, He is telling Mary that He feels no compulsion to do what she wants Him to do.

MARY PLAYS HER “FACE” CARD TO HER SON

But hearing her Son’s two reasons for not feeling inclined to act, didn’t stop Mary from trying one more time to get Him to do what she desired.

When Jesus respectfully declined her request for His help in doing something she clearly couldn’t do by herself, Mary turned to the servants and instructed them to do whatever Jesus told them to do.

This is the most important moment—the pivot point—in the story.

By saying what she did to those servants, she introduced her own FACE card into the situation.

Without understanding seven more basic facts about honor/shame cultures, along with the way people in these types of culture would understand obedience to one of the 10 commandments, those from Western cultures will never fully grasp why Mary’s instructions to the servants moved Jesus to do what He just said He wouldn’t do.

In honor/shame cultures, the concept of FACE is crucial. A person’s FACE is the personal dignity, respect and fundamental honor they possess in the eyes of other people, especially those that are part of the group that person’s identity is derived from and anchored in.

In honor/shame cultures, dependence and interdependence are virtues, not weaknesses. Needing others and being needed by others at many levels, including the maintaining of FACE, increases the depth of relationship and cohesion between the members of the family or group.

Thus, in honor/shame cultures, every person has the implicit and unspoken—but clearly understood by all—responsibility of doing whatever possible to try to save the FACE of someone else that is in danger of losing it, whether they know the person or not.

This responsibility is significantly amplified if the person who may lose FACE is part of the group their own identity is drawn from or a part of their larger, relational community.

In honor/shame cultures, if you have the opportunity to save someone else’s FACE and you choose not to do so, it isn’t just that person who will lose FACE, the one who neglected to help will too!

In honor/shame cultures, the older a person is, the more FACE they have because their value to the group increases with age. Older people are viewed as full of wisdom because of their life experience and the volume of knowledge they possess in so many important areas of life.

They are highly respected and diligently sought after for counsel and advice by younger people. The older a person is, the more needed they are and the more they are viewed as the sages, statesmen and mediators whose contribution to the group is just as valuable as before, but in a different way.

The seven cultural glimpses that I’ve described thus far are essential for understanding what was actually taking place below the surface of what took place in this incident.

Mary’s command to the servants to do whatever Jesus told them to do was the result of her understanding of these fundamental dynamics of her own culture, along with the final two that I will cover in my next post.