Reframing the Gospel for the Nations in Our Neighborhoods 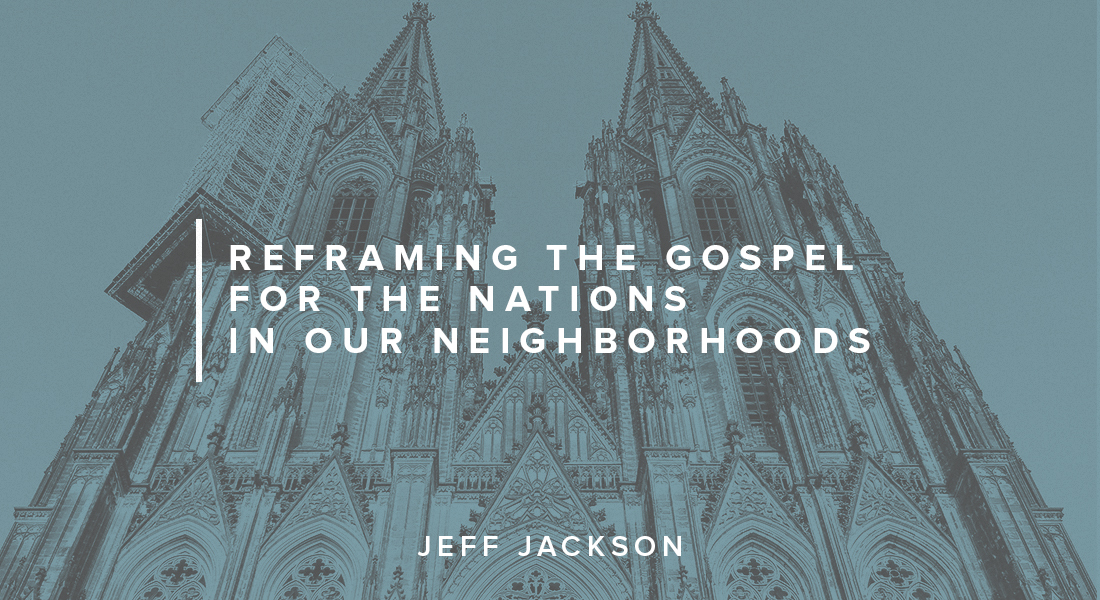 When Jesus told Mary that He wasn’t inclined to intervene to rescue the honor and reputation of a family that was about to suffer the consequences of their own pride, her culturally produced response moved Him to change His mind.

The cultural dynamics that were at play in this incident were very similar to those that our new neighbors from around the world live by. When this well-known event is viewed through the proper cultural lens, it’s apparent that it wasn’t primarily water turned to wine that unveiled His glory.

In this fourth and final part of a series, I conclude by examining the final two—and most important cultural beliefs and actions that were at work, and how the entire incident was actually a summary of the Gospel for people from honor and shame cultures.

As important as an elderly person’s honor and FACE is in the eyes of those who are younger than they are, it’s even more important that every person honor and respect the FACE of their parents while they’re still living.

In fact, respecting and if necessary, saving the honor and FACE of our parents is one of the “weight-bearing pillars” of God’s creation.

Honoring our parents—which includes saving their FACE when they are in danger of losing it— is the fifth of the ten commandments, and it’s the only one that includes a promise of blessing for those who obey it.

It may be helpful to view a person’s FACE like a commodity that is in their own hands, and that they exert a high level of control over. Because this is true, under certain circumstances, a person can intentionally choose to place their FACE into the hands of someone else, trusting that the other person will act in a way that preserves or possibly even increases this valuable treasure.

Taking the step to intentionally place your FACE into the hands of someone else is the cultural equivalent of the “nuclear option.” It exerts the most pressure or leverage possible to move a person to act on your behalf.

With your FACE now in their hands, if that person doesn’t make every effort to help you and thus save your FACE, they risk losing FACE themselves!

So, Mary wasn’t just telling the servants what to do, she was actually playing her FACE card on Jesus—applying the maximum amount of Jewish, honor/shame cultural force possible.

Whether she realized it or not—and I think she did—she was also bringing a force greater than a Jewish cultural norm to bear on her Son.

As powerful as the culturally acceptable placement of her FACE into His hands was, it was His responsibility to fulfil the fifth commandment that ultimately moved Jesus to do something that would honor His mother by saving her FACE.

CHANGING WATER TO WINE WASN’T WHAT REVEALED HIS GLORY

Apparently, when the master of the feast, (similar to the wedding coordinator or food and beverage manager for the reception), tasted the wine, he didn’t know that the wine had been completely depleted, and that what he was now tasting was plain, old water just a few minutes before.

He expressed surprise at the quality of wine the family was still serving at that point in the wedding feast, which would have increased that family’s honor in his eyes and others that he interacted with.

By turning the water into high quality wine, the family’s deserved shame and loss of FACE was covered, and even more importantly, He also honored His own mother by saving her FACE and fulfilling the law—which was basically honoring His own words.

John summarized all that took place by stating that this was the first sign that Jesus did and that it revealed His glory to His disciples.

Based on the cultural dimensions that I’ve tried to describe as succinctly as possible, I don’t believe it was His ability to turn water into wine that His disciples perceived as a revelation of His glory.

It was what that supernatural display of power accomplished for people that were unaware of an impending disaster that their own pride actually created.

HE COVERED THEIR DESERVED SHAME AND BESTOWED UNDESERVED HONOR

Not only was the family’s deserved shame covered, their honor in the eyes of those that mattered to them was actually increased, not just maintained by what Jesus did.

For those living in honor/shame cultures, this was the perfect sign to begin with in order to help people understand the good news that Jesus came to cover both their guilt AND shame before God and to graciously bestow God’s righteousness and honor upon them.

His disciples needed proof that He was uniquely glorious and their witnessing of this sign and what it actually accomplished must have been burned into their hearts and minds.

In summary, this is what they saw:

. A self-generated disaster that was produced by pride.

. A deserved loss of honor and the condition of shame that they would now live in, along with a potential lawsuit that could devastate them financially and increase the shameful condition they had already brought upon themselves.

. Jesus personally stepped into the environment/context/scene they created that was on the verge of going horribly wrong and diminishing or destroying them emotionally and materially.

. He exercised His power to do for them what they couldn’t do for themselves.

. The one with all honor and power exerted His power to cover their shame and graciously bestowed a greater level of honor than they could ever achieve by their own efforts in the eyes of those that mattered to them.

Although they wouldn’t have understood it fully at that time, His turning water to wine and what it accomplished revealed crucial components of the Gospel for people from honor and shame based cultures.