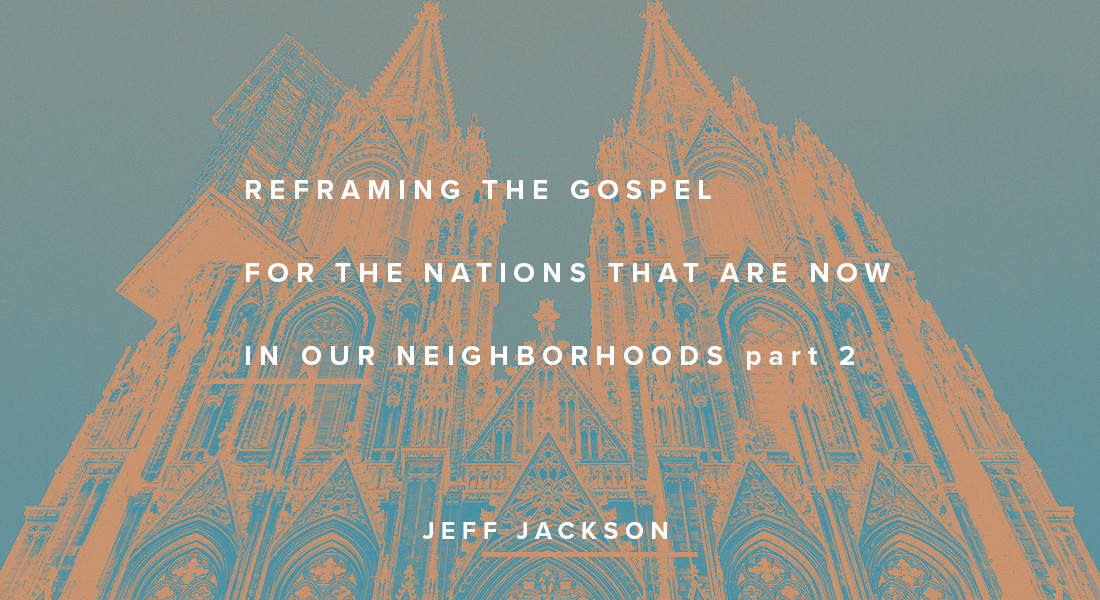 Is it possible that the first miraculous sign Jesus did, turning water into wine, might actually provide some easy access points to Gospel truths for our neighbors that come from other nations?

But before I lay out my reasons for why I’ve come to that conclusion, here are a few obvious and logical questions that I believe naturally spring forth from what is recorded in John 2:1-11:

. Why did Jesus use a word to address His mother that was apparently not mother-like?

. Why did He turn around and do what He just told His mother He was not inclined to do?

. And the biggest question of all: Why did He turn water into wine as His introductory miracle rather than something much more mind blowing like walking on water, healing a man born blind or raising someone from the dead?

I’m convinced that the answers to these questions and the reason why John summarized the event the way that he did, can only be fully discovered and understood by viewing what took place through nine non-Western cultural glimpses.

NOTE: If you’re not familiar with the broad descriptions of cultures as either Guilt/Innocence based or Honor/Shame based, watch a very informative five minute video below that will bring added clarity to what you’re about to read.

“On the third day there was a wedding at Cana in Galilee, and the mother of Jesus was there. Now both Jesus and His disciples were invited to the wedding” (John 2:1-2).

Based on Mary’s actions that are described in these verses, it appears that she had been invited to a wedding feast that was being put on by friends that she cared deeply about.

Jesus and His disciples were also there as invited guests.

As the traditional components of the wedding unfolded, including the distribution of wine to the guests, Mary discovered that the wine supply had been completely consumed. Culturally, wine was served throughout a wedding feast.

It was one of those components of a wedding that is taken for granted and not even noticed, unless it was no longer available. Its sudden absence would draw much more attention than its presence in the eyes of all the family members and guests.

Contrary to our individualistic culture’s conviction that the primary purpose of a wedding is to fulfill the lifelong dream of the bride-to-be, in a collectivistic, honor/shame-based culture, a wedding is an entire family event that is also a community event, and that provides a unique opportunity to reinforce or increase the honor and prestige of the family in the eyes of those that matter to them.

In that specific culture at that time in history, running out of wine was viewed as a catastrophic event.

Not only would it bring shame and dishonor on the family, but some scholars believe that it also opened the door for them to have a lawsuit brought against them by those they invited–that it was considered as equivalent to committing fraud.

How is that possible?

Because the family putting on the wedding was giving the appearance of having sufficient resources for the number of guests they invited, and its accompanying honor, when they clearly didn’t.

Regardless of whether legal action was taken or not, the family that was unable to keep the wine flowing at the wedding they were hosting would actually be destroying the one thing that mattered the most to them–their family honor in the eyes.

Clearly, she believed that Jesus had the ability to do something to avoid the impending disaster that was about to envelop a family that mattered to her.

Jesus knew immediately and exactly what His mother was asking Him to do, even though her few words just presented a fact, not a request.

This is an example of one of those interesting dynamics of culture and language.

Words, especially spoken words, are not just conveyors of ideas or information. They are also tools that can be used to get someone to stop or start doing something, even though the words used aren’t giving a direct command to the other person.

Words are containers that carry and express both explicit and implicit meaning.

To a cultural outsider, it appears as if the main purpose of words is to provide information or declare a fact.

But to a cultural insider, those same words not only provide information or facts, they can also be a command or a request to act.

In the next post, we’ll see that Jesus understood what His mother was actually doing, what His response was and the extreme cultural leverage she used on Him to get Him to do what He said He wasn’t inclined to do.

Enjoy the first part of this series as well!