My grandfather hated mayonnaise. So when my dad and grandfather would get burgers after a hard day’s work in their Unicurve valve factory, the person taking the order always knew to hold the mayo. But as a Holocaust survivor, life wasn’t always this grandiose.

My grandfather, David Tibor Szloboda, was a man of many talents.

Originally a blacksmith from Eastern Europe, he became an inventor and held certifications in mechanical and chemical engineering. His most prized patent, the Unicurve valve, made a legendary entrance, boasting the ability to power a car on mere vapor! Hearing stories of my grandfather gave me a powerful zeal to understand my roots and where I came from…

My grandfather, David, was born in Hungary to humble beginnings. As a young Jewish blacksmith in Eastern Europe, he spent his early years learning the trade; long exhausting hours and measly pay was his reward. Those things didn’t matter; I was so fascinated by this man! I read pages of his patents. He published things like “the destructive distillation of garbage” and “a new method of energy: substitute for fossil and atomic.”1 He spoke many different languages: Hebrew, German, Hungarian, English, to name a few in his arsenal. He had blonde hair, blue eyes and broad shoulders! Shoulders so broad that when Nazi Germany came rolling in, they thought he would be a great fit for their slave labor camp.

The Nazis had him watch as they brutally murdered his whole family.

Then they imprisoned him. Day after day, slaving away to survive, sometimes shoveling bodies of those who worked to death. They burned the bodies. There wasn’t enough time to bury them, nor did the Nazis care. He survived a year and a half of these atrocities. When it was over, he moved back to Hungary, then to Israel when it became a nation again, and finally, to Canada (so that my dad and aunt would not have to face the hardships of war).

“Those who do not learn history are doomed to repeat it.” Writer and philosopher, George Santayana, most likely wrote this quote.2 In its original form, it read: “Those who cannot remember the past are condemned to repeat it.”

Though 75 years is only a relatively short amount of time, have we as a society already moved on and all-but-forgotten one of the world’s most execrable atrocities? Have we instead chosen as a people to turn a blind eye?

Far be it from the Christian who knows God’s Word! Did the apostle Paul not write to the church in Rome: “They are Israelites, and to them belong the adoption, the glory, the covenants, the giving of the law, the worship, and the promises. To them belong the patriarchs, and from their race, according to the flesh, is the Christ, who is God over all, blessed forever. Amen” (Romans 9:4-5). If by ignorance you are still not convinced that God has a plan for the Jews, Paul continues, “For if you were cut from what is by nature a wild olive tree, and grafted, contrary to nature, into a cultivated olive tree, how much more will these, the natural branches, be grafted back into their own olive tree” (Romans 11:24).

What would it be to allow ourselves to feel the weight of this burden, and at some level, take ownership of the past? It is all too easy to say, “God has this handled. If He wanted to change the outcome, He would have changed it,” or like Pontius Pilate, “wash our hands of the situation.”3 I believe God has chosen to use the mechanism known as the Church in His divine mission to renew all things.4 It is to this end that God will cause change.

We were wrong. We failed.

Where were we as the Church? Why wasn’t every Christian involved in the prevention of the Holocaust? Why wasn’t every Christian involved in saving Jews from impending death?5 These failures started early on in our history. We allowed for our theology to become so vile that we said, “God has replaced Israel with the Church,” in a heinous viewpoint known as replacement theology.6 This view was prominent amongst one of our great reformers, Martin Luther. Near the end of his life, he had such a disdain for the Jew that he wrote, “Jews are a serpent’s brood, and one should burn down their synagogues and destroy them.”7 I believe the church allowed the magnitude of how God used Martin Luther to completely eclipse his sinful, increasingly anti-Semitic doctrines. Such anti-Semitic theology is completely unacceptable. But we allowed this to happen. And regardless of how much good was done, without condemning this view as the Church, and by remaining silent about this man’s actions, we partake in the great failure.

When we submit our weakness and failure to the Lord, we are able to usher in His strength. Consider the Apostle Paul when dealing with the thorn in his side.

“But he said to me, ‘My grace is sufficient for you, for my power is made perfect in weakness.’ Therefore I will boast all the more gladly of my weaknesses, so that the power of Christ may rest upon me. For the sake of Christ, then, I am content with weaknesses, insults, hardships, persecutions, and calamities. For when I am weak, then I am strong” (2 Corinthians 12:9-10). Pastor David Guzik said it best:

“Think about this man Paul. Was he a weak or strong man? The man who traveled the ancient world spreading the gospel of Jesus despite the fiercest persecutions, who endured shipwrecks and imprisonment, who preached to kings and slaves, who established strong churches and trained up their leaders was not a weak man. In light of his life and accomplishments, we would say that Paul was a very strong man. But he was only strong because he knew his weaknesses and looked outside himself for the strength of God’s grace. If we want lives of such strength, we also must understand and admit our weakness and look to God alone for the grace that will strengthen us for any task.”8

What will be the next great challenge for the Church to overcome? What great evil will arise that will need to be opposed or addressed? World War III? Death by refugee encampment? The seemingly endless abortions? Will we find in our weakness the strength of the Lord to do the unthinkable; to reach the unlovable and play our role in God’s plan to renew all things?

Oh, that we would remember the painful past long enough to eradicate its atrocities for a flourishing future! 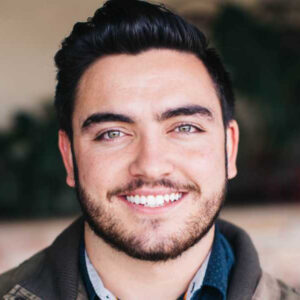