Similarities Between Esther and Local Churches 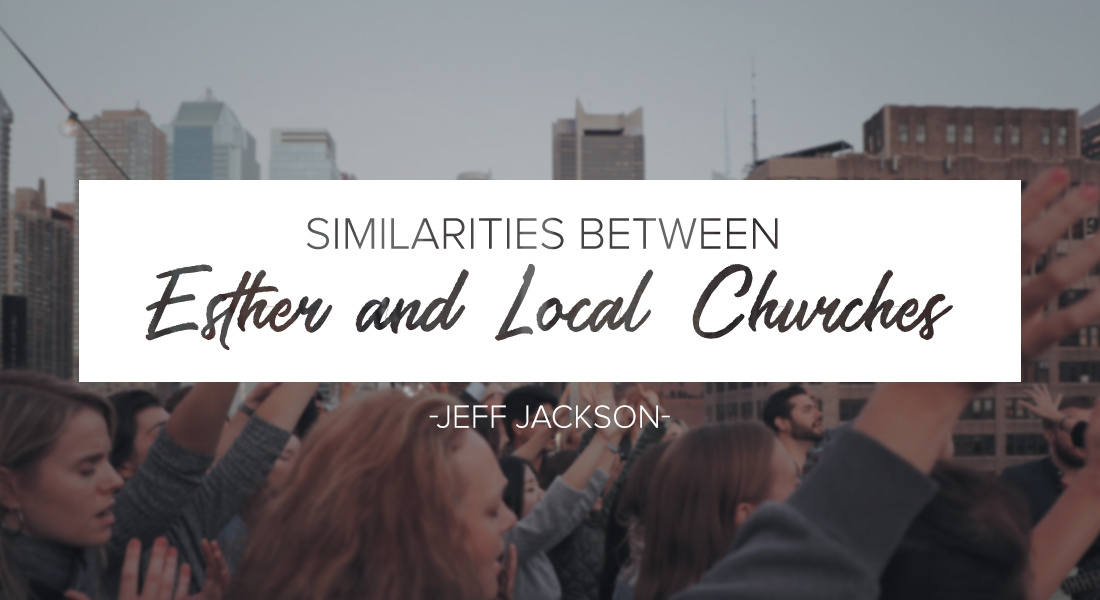 Esther needed a Mordecai moment and message–and so do many local churches today.

“For if you remain completely silent at this time, relief and deliverance will arise for the Jews from another place, but you and your father’s house will perish. Yet who knows whether you have come to the kingdom for such a time as this?” (Esther 4:14).

In the first two posts in this series, I laid out the reasons for why I believe God has commanded every local church and every one of His followers down through history to participate at some level in making disciples from among every ethnic group that He Himself created. Yet despite that goal-embedded command, the guaranteed end game outcome He has already revealed, and the unique ability we have to know how much progress has been made in obedience to the command, only a small percentage of local churches in the United States actually participate in one of the fundamental purposes for their very existence.

To be totally honest, this reality is both confusing and frustrating to me.

Not long ago, I pleaded with the Lord once again for His wisdom to understand how it’s possible for Bible-teaching churches to be apathetic about participating in global missions. And I also asked Him to show me what I can do to help local church leaders to begin taking the Great Commission as seriously as our missionary God does. As I cried out to Him, He directed me to the verse listed above. Not just the easily applicable portion of the verse that has helped many Christians view their circumstances through a sovereignty of God lens, but the whole verse.

I saw the following similarities between many of the specifics of Esther’s situation and those of a local church in America, and they are too much alike to be coincidental.

SIMILARITIES BETWEEN ESTHER AND LOCAL CHURCHES

2. Through God’s orchestration of events beyond their control, like Esther in her days, every local church in the United States today lives in a position of privilege with a standard of living that places them in the top one percent of the people on the planet. This includes a level of comfort and safety that few others on the earth enjoy.

3. Both have access to unrivaled resources, rights and power that few others have, and relationships with people that have some level of influence.

4. Both live in a comparatively cozy bubble, insulated from the awareness of, or exposure to the day to day rigors that are a part of the lives of the masses outside the cocoon.

5. Because of all of the above and more, both are in need of a jolt of reality from God about the responsibility that comes along with receiving the level of grace He bestows upon them.

ONE MAN, ONE MESSAGE–FOR TWO VERY DISTANT MOMENTS IN TIME

Because he knew God’s already revealed end game plan for the distinct ethnic group of people that we know as the Jews, Mordecai knew that the decree to commit genocide on them would not be successful. He knew God was going to rescue those called by His name, but he didn’t know how the rescue would be accomplished.

Mordecai had already challenged Esther to go to the king and intervene on behalf of her people. He had also heard her fear-laden description of what happens to those who approach the king without previously being summoned by him.

In response to Esther’s explanation for why she was reluctant to do what he had exhorted her to do, Mordecai’s proclamation contained these five God-generated truths that are exactly the things Jesus knows each local church, especially those in America, need to hear.

1. God has already revealed His future plans to rescue people from a specific ethnic group. In Esther’s case, it was the Jews, in our case–He is going to rescue the people called by His name that come from within every ethnic group that He has created (Acts 15:17).

2. God has placed your church in the privileged position you currently find yourself in, and it is for a purpose larger than your own interests.

3. God invites your church to be an active participant in bringing about the guaranteed outcome that He has already revealed in His word.

4. To accept the invitation to participate could require putting your church’s current status/way of life at risk, with no guarantee that it will continue as it is. For Esther, it was literally her life that she had to be willing to risk. For a local church today, it could be the death of doing church the way that we do.

5. Recognize that although your church can choose to ignore the opportunity to bring about God’s guaranteed outcome, not participating will bring severe consequences. For Esther, it would have been her and her family. For local churches today, it could be their very existence as His true bride in their local community.

Esther heeded Mordecai’s message, invited others to join her in prayer and fasting, accepted the risk and by faith stepped into participation in what God was already going to do.

May the leaders of every local church heed Mordecai and his message and follow Esther’s lead!