To Kill A Mockingbird and the Hope of Racial Reconciliation 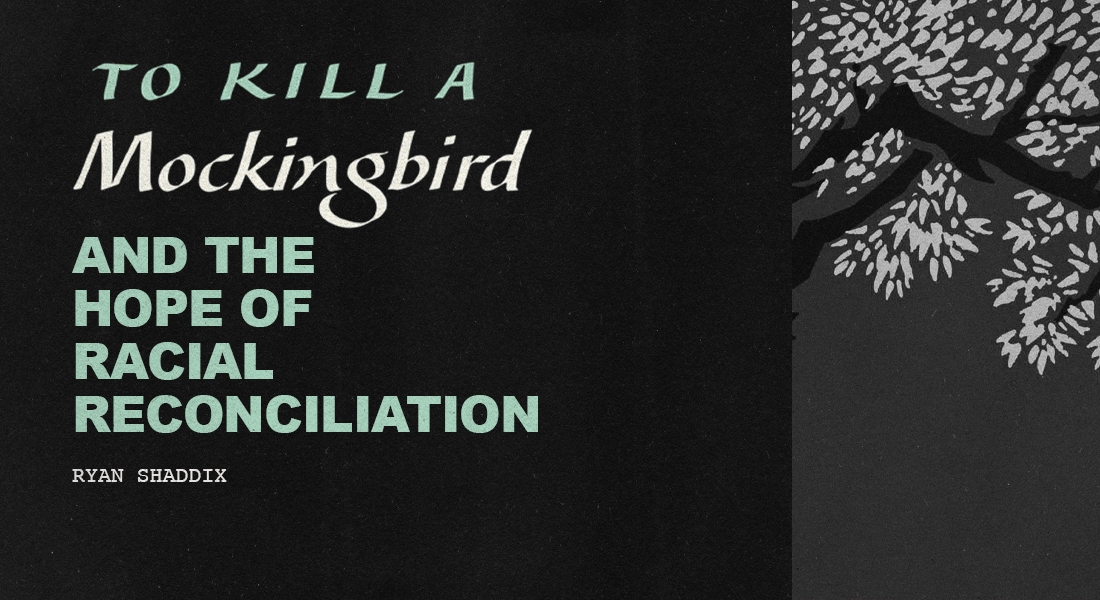 There are aspects of teaching literature to high school students that can drive a person absolutely nuts. However, there are also amazing opportunities to weave concepts rooted in the gospel seamlessly into what you are reading and studying. I teach for the most part freshman and sophomores at a small high school in a little Utah town that is more than two hours away from any major city. We are the epitome of rural America. Many of the students that I teach will never travel more than five hundred miles from their hometown, and to be honest, that is perfectly ok. There is beauty in the simplicity of our little community. One of the best elements of teaching classic works of literature to teenagers is expanding their horizons and enabling them to see a world they may never experience themselves. There is a dynamic impact of introducing them to the lives and cultures of people they may not otherwise ever have the opportunity to know.

A large part of our curriculum for sophomores is dedicated to exploring the Holocaust. We read Elie Wiesel’s seminal work Night, and Art Spiegelman’s graphic novel Maus. As we set the context of the Israelite people and lay it alongside the horrors they suffered throughout history to include the Holocaust, there is a move toward a depth of empathy and sacredness in the students who wrestle with humanity so devoid of common decency and respect for human dignity. These are powerful moments as a teacher, and even more so as an evangelical pastor in a tiny rural town in the US. It gives one the deep sense that all is not lost with this bewildered and divided generation.

For as long as I can remember, we have careened through a season of misunderstanding and mistrust in our culture.

One of the aspects of peace that I draw from these times of turmoil and uncertainty is that we have been here so many times before, and not merely as a nation, but also as humans existing in history. One of the saddest aspects of our current world’s condition is the impact that the conversations regarding race are having on the church as a whole. It’s one thing for a nation to falter in its way, but an entirely different thing for the Kingdom of God to suffer the heartache of friendly fire in camp. There seems to be an overwhelming push to build fortresses rather than a desire to build bridges.

One of my greatest joys this year as a teacher has been the opportunity to read and teach the novel To Kill a Mockingbird. It is the first time I have read this novel since middle school. One of the most prevailing themes of Harper Lee’s classic novel is the concept of seeing life from another person’s perspective. The narrator of the story, Jean Louise “Scout” Finch, converses with her father Atticus about the idea of walking around in another person’s skin (Lee 30). Atticus says to Scout, “‘First of all…if you can learn a simple trick, Scout, you’ll get along a lot better with all kinds of folks. You never really understand a person until you consider things from his point of view. Until you climb into his skin and walk around in it’” (Lee 30). This concept is understood by a six-year-old in rural Alabama in the 1930s, yet it continues to be one of the most fleeting skills in our culture today. It would seem to be common-sense, especially for the Christian, to consider walking a mile in another person’s shoes; to live incarnationally among those we do not necessarily have life experiences in common with.

Jesus says the second greatest commandment (and really part B of the first) was to “love your neighbor as yourself” (Matthew 22:39). The principle Jesus is revealing has obvious application to those around us: We should be willing to enter into our neighbor’s suffering. Loving others gets messy. But if we’re unwilling to go deep with those who are hurting, we’re presenting a truncated Gospel. Jesus desires whole-person transformation.

As His partners of reconciliation, we need to be willing to share a deeper understanding of where people are coming from before we can share the truth with them.

A dissonance that continues to baffle me about the conservative evangelical church in the United States is the level of empathy we exercise toward the plights of the people of the Nation of Israel, yet at the same time, there exists in some a reluctance to fully accept the impact of how African Americans have suffered under similar levels of oppression, slavery, and racism. Many Americans believe that because we had radical changes brought in through the Civil Rights Movement, that there has also been a complete transformation in the realities of legal and logistical life for Blacks. Many believe that the progress made in the last 57 years is enough to fully actualize the liberties granted through the Civil Rights Act of 1964. One only needs to read the book of Ezra to understand the dichotomy amidst the mixed emotions of sorrow for the past and joy for the future. Ezra writes, “But many of the priests and Levites and heads of the fathers’ houses, old men who had seen the first temple, wept with a loud voice when the foundation of this temple was laid before their eyes. Yet many shouted aloud for joy” (Ezra 3:12). The concept of experiencing sorrow for the brokenness of the past, while celebrating the strides of the present, is not a strange reality for the people of God. I believe that this understanding is truly at the heart of how we should operate as the church in light of the depth of brokenness surrounding the issues of racism in our nation and the world in general.

When the Civil Rights Act of 1964 was passed, it was in large part a national acknowledgment of the horrors of Jim Crow, segregation, disenfranchisement, and a multitude of other moral and ethical failures on the part of our nation as a whole. However, the process of righting a nation perverted by centuries of inequality and injustice is an incredibly tedious and lengthy one. We have made incredible advancements in these areas, and no one with an ounce of common sense can deny the incredible progress that has been made by the overwhelming majority of the American population and its institutions. Nevertheless, we, like the elderly Jews who mourned the memory of Solomon’s Temple, must be able to acknowledge the sorrowful specter of racism that still exists in our national conscience. On the other hand, like those youthful, liberated captives whose hard labor and diligence produced the second temple, we should freely celebrate the victories won as each generation passes.

In To Kill a Mockingbird, Atticus Finch correlates courage with someone who, in spite of knowing you are “licked before you begin…you begin anyway and you see it through no matter what” (Lee 112). Atticus Finch defends Tom Robinson despite knowing that the deck is stacked against him: Tom is black, and the members of the jury in a little rural southern town are all white (Lee 216).

The level of courage modeled by Atticus in 1930’s Alabama has enshrined him as an integrity-filled archetypal hero for generations.

Listen to Mrs. Maudie’s words: “We’re the safest folks in the world…we are so rarely called on to be Christians, but when we are, we’ve got men like Atticus to go for us” (Lee 215). Miss Maudie is trying to explain to Atticus’ children why she has hope amidst the sorrow they are all feeling after the announcement of a grievous miscarriage of justice against Tom Robinson. In one breath, she acknowledges the brokenness of her culture, and also the hope she has for the baby steps that have moved them forward (Lee 216).

This is the way forward for pastors ministering in the divergent undertow of our cultural upheavals. We must on one hand acknowledge and mourn over the devastating impact the experiences of racism have on our neighbors, loved ones, and church family. On the other hand, it is vital to our survival to acknowledge and celebrate the successful progress our nation has made toward rectifying the broken road, all the while, looking forward to a continuing city whose builder and maker is God (Hebrews 11:10).