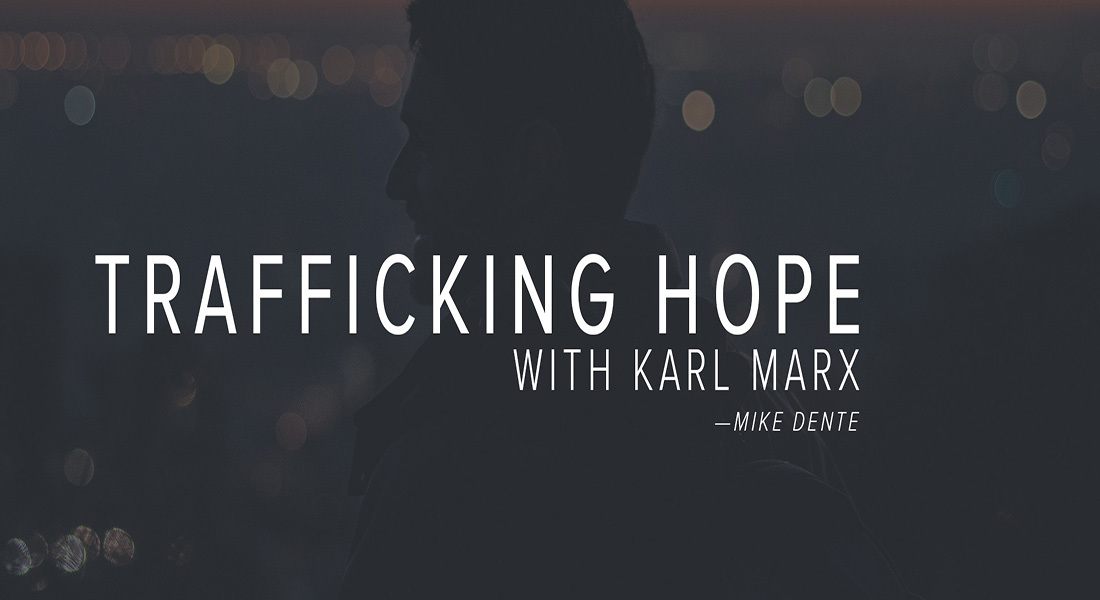 Why are those who preach that “religion is the opiate of the masses,” are now pushing for legalizing marijuana? Maybe they see opiates for the masses as a more acceptable option. Somehow that doesn’t sound right. Even so, there is a movement in Europe that would like to follow Amsterdam and parts of the United States to legalize marijuana. In France the move is lead by the Socialist Party candidate for president, Benoît Hamon (no relation to Mordecai’s nemesis in the book of Esther).

I don’t want to get any more political than I already have, and I am sorry if I’ve already offended you in my remarks. This seems to be a growing issue, a billowing cloud of smoke that’s drifting across the West in the name of liberty, taxes and peace. It’s presented as a social issue, or at least that’s what I would have called it when I was a pot smoker looking to get out from under the heavy hand of “the man.” I remember the arguments: There would be less violence, it’s all-natural and imagine how much money the government could keep in taxation as opposed to the imprisonment of offenders.

What does Karl Marx have to do with this? He preached a sobering view of humanity and the economy. There is not much in his writing about drugs except that so often recited quote.

So I wonder why his modern disciples have taken up the fight to sedate the masses or at least facilitate it?

Weren’t we taught in public schools that we are supposed to face the brave new world and see it as is, without the blinders of the superstitions we inherited from our forefathers? Maybe the world is not so brave; maybe the view they’ve chosen to see doesn’t inspire confidence. It’s these questions that lead me to wonder if the problem is not social after all. Maybe it’s spiritual.

I remember someone telling me that marijuana wasn’t good for me. He used a lot of scientific medical jargon that I didn’t quite grasp but understood it was killing my brain cells. I agreed, joked about the obvious damage it had already done and went my way smirking.

Another person pointed out to me that it was covered in Galatians 5:19-20, “Now the works of the flesh are evident, which are: adultery, fornication, uncleanness, lewdness, idolatry, sorcery, hatred, contentions, jealousies, outbursts of wrath, selfish ambitions, dissensions, heresies.”

“Dude,” I said (yes I really did), “The Bible doesn’t talk about drugs.” That was when my friend pointed me to the fact that the word sorcery came from the greek word pharmakia, which includes drugs. Although this was more convincing, I could always find some way to dismiss it.

This is why, I really believe it is a spiritual problem, I had to be miraculously delivered. There was a moment when the Spirit of God moved in me powerfully and set me free. It was supernatural and powerful beyond anything I’d ever known. When my friends saw me after that moment, they looked me in the eyes and knew I had changed.

Having said that, I think there is something my socialist friends have uncovered. Recreational marijuana use is a form of escape and relaxation. If someone is outside the faith, they don’t have the same hope we do; they have a hope of their own but its not ours.

Our hope is for a Kingdom that is not of this world. We’ve been warned of the harsh realities that will ensue, but rather than sleep or escape, we have hope in a Rescuer.

We’ve experienced His powerful hand deliver us, though we may never have seen a physical hand descend from the sky. We pray to a God we cannot see, but we don’t hallucinate Him. We know Him and get to know Him more through prayer, His Word, experiences and the fellowship with His Church. Far from being an opiate, anyone who’s experienced God knows that our faith is actually more of an awakening.

This brings me to a verse that I believe does apply to believers and the recreational use of marijuana. “And do not be drunk with wine, in which is dissipation; but be filled with the Spirit,” Ephesians 5:18. I believe the best this drug has to offer is a mere counterfeit of what we know from the powerful life giving Spirit of God.

Rather than hallucination, He gives us vision. Vision for our lives, vision to impact our communities, vision to work with Him in His harvest. Rather than medicated relaxation, the Spirit produces peace. We are promised true peace that fills us no matter what pressing situation we find ourselves in. We don’t have to sit down and check-out.

We can have the peace of God as we engage our world and the rest He offers for our souls.

Rather than incessant giggling, the Spirit gives joy. Joy is greater than happiness because joy has no end, nor is it dependent on external circumstances. It’s a natural product of the Holy Spirit working within us. It’s the same joy Jesus knew and exhibited that made his adversaries crazy.

In the end, a lot of my musings on the subject may have been tongue-in-cheek but please don’t mistake the seriousness of the issue. Many godly people have already fallen to prescription drug and alcohol use; there is no reason to pretend that the legalization of marijuana won’t have it’s casualties too. Let’s be sober minded, because we are in a new era when God is moving in new ways, that we want to be part of. Let’s be Spirit filled because there is nothing better more needed and a more powerful witness to a world that is turning to opiates of many kinds. Let’s be prayerful, especially for any we know who are being tempted or may have already fallen