Uncertainty Opens the Door for Faith

“But without faith it is impossible to please Him, for he who comes to God must believe that He is, and that He is a rewarder of those who diligently seek Him” (Hebrews 11:6).

For a worshiper and follower of God, what could be more important than pleasing Him?

And if one desires to be pleasing to God, it is imperative to understand what faith is, since pleasing God apart from faith is said to be impossible. For many people, the term “faith” is used to denote a belief in something that is held to with a strong certainty. In such usage, faith is seen as the opposite of doubt. But the faith that is taught in Hebrews 11 contains the idea of trusting in something that you haven’t personally seen or witnessed, which would seem to imply some level of uncertainty. In the cases of the heroes of the faith listed in Hebrews 11, most of their stories suggested that they were fraught with doubts and uncertainty, yet they chose to act on their faith, despite their uncertainty. For instance, how certain was Sarah that she was going to have a baby? How certain was Gideon that God would give him the victory over the Midianites? How certain was Moses that he would be used to free his people from Egypt? But the point of faith is that they did what they were told to do, despite their doubts. The only real evidence was their faith. And God was pleased with each of them.

I have heard people suggest that seeing a miracle will help people’s faith to grow. Some have invested millions of dollars in various efforts to find the Ark of Noah, believing that discovering the remains of the Ark would increase people’s faith. But the opposite is actually true.

The more visible evidence one has, the less faith is required. Faith and certainty are in inverse proportion.

The less evidence one has, when acting on faith, the greater the faith. Faith increases as sight decreases, as long as one continues to trust and act. Of course, ultimately, faith is only as good as the object of that faith. Many people have great faith in something that is not trustworthy, while others have little faith in a God who is completely trustworthy. Faith isn’t the ultimate value, but it is impossible to please God without it. Faith in the wrong thing can prove to be devastating. Faith in the right One is life changing.

Given the relationship between faith and uncertainty, it begs the question as to why people of faith seem sometimes to be threatened by doubts.

If doubts arise in people who believe, our reaction perhaps should be to welcome an opportunity for our faith to increase. Doubts and uncertainty are not a threat to faith. They are actually the seedbeds of faith and should be welcomed. Faith is not just ignoring our doubts when they arise or arguing them away. Mark Twain said, “Faith is believing what you know ain’t so.” That isn’t Christian faith. Our faith is not ignoring or pretending we don’t have doubts. Our faith is trusting despite our uncertainty. Clearly, uncertainty in and of itself is not a virtue. Being certain of nothing just makes one a flake. But uncertainty opens the door for faith, and as such, represents an opportunity.

Thomas, the disciple of Jesus, wasn’t going to believe He had risen unless he could touch His wounds. When Jesus offered him that chance, he believed. But then Jesus said, “Thomas, because you have seen Me, you have believed. Blessed are those who have not seen and yet believed” (John 20:29). Not seeing elevates faith and pleases God. Certainty is overrated. Uncertainty opens the door for faith. Let’s embrace it when it comes. 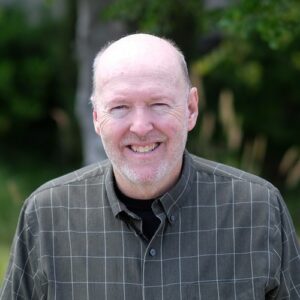