When Everything Falls Into Disorder 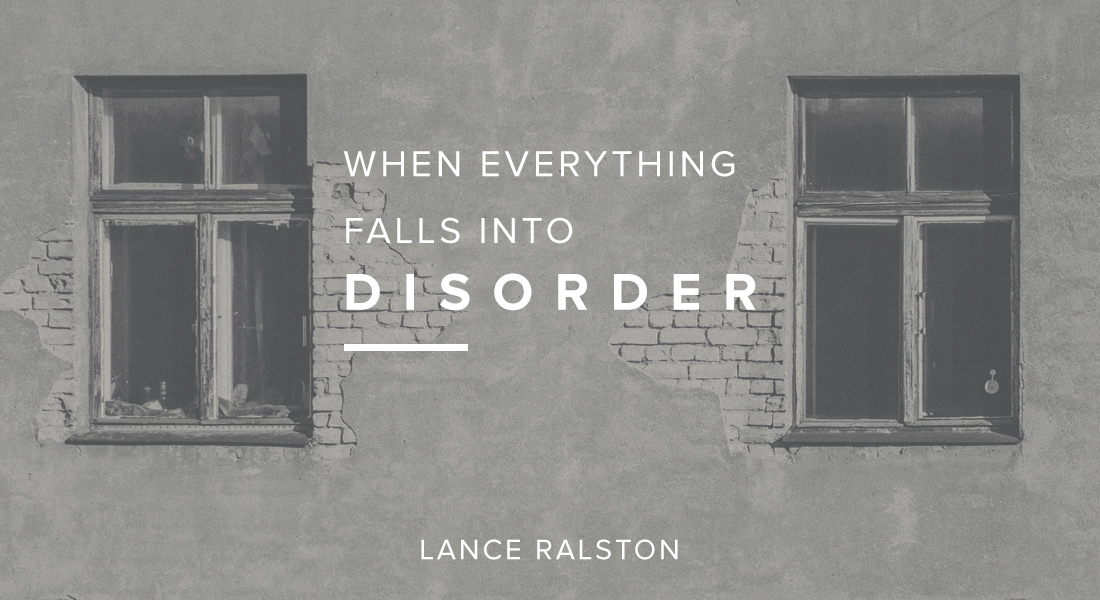 While Evangelical Progressives applaud recent cultural changes, those of the Conservative branch are concerned as traditional values are thrown over in favor of the Moral Revolution. What they need to remember is that this is the way it’s been since the beginning.

In Genesis 2:17, God warned Adam and Eve if they ate of the Tree of the Knowledge of Good and Evil, they would die. As warned, when Adam ate, death insinuated itself into creation. It’s wrapped it’s pale fingers around the throat of our world. Everything decays and dies, even stars. The Second Law of Thermodynamics is an inexorable rule; everything goes from order to disorder, unless energy is intelligently put into it.

What’s true of the physical realm, is true also of the spiritual.

History is the tale of how, left to themselves, human beings go from bad to worse. If that course isn’t interrupted, the worse they go to ends in ruin. But the interruptions, rare as they are, effect a reversal that allows a Golden Age, a bright shining moment in time when people see what could be if they’d just do things God’s way.

All major civilizations of history enjoyed their period of ascendancy precisely because they honored the eternity God planted in their hearts (Ecclesiastes 3:11). That was a work of His grace, staying the deleterious effects of the Fall, in a reversal of a kind of spiritual Second Law of Thermodynamics, one in which moral order falls into disorder.

As the followers of Jesus, let’s not forget we live in a fallen world that, precisely because it is fallen, will keep falling further into moral decay and chaos.

The best we can do is be salt to slow that decay and light to offer a refuge for those individuals who want out. But salt can’t reverse decay. And our light at best shines in the darkness. Only the Daystar can bring the Day.

Let’s be salt and light by learning and living God’s Word. And let’s pray earnestly for a sovereign and mighty move of God’s Spirit birthing a new season of culture-transforming revival.