Why Do Spiritual Droughts Happen?

Back in the 80s, my buddies and I wanted to go on a mountain hike up to the top of Sandia Peak in Albuquerque, New Mexico. The La Luz Trail was the way to go. We embarked early one Saturday morning on a typically hot day. Sandia Peak is 10,678 feet (3,255 m) and unknowingly, has no water sources along the way. So, needless to say, we hiked all day and made it to the top despite the excruciating lack of liquids.

Have you ever been so thirsty that even the thought of a cup of water seemed like paradise. What is true on mountain hikes is true in spiritual life. Sometimes we experience drought. It’s then we know what it is like to thirst for God. We see this in Psalm 63, “O God, You are my God; early will I seek You; my soul thirsts for You; my flesh longs for You in a dry and thirsty land where there is no water“ (Psalm 63:1).

If you have ever felt like you were alone in a drought, know that droughts are normal and necessary to life. If you notice the heading of Psalm 63, it says, “A Psalm of David when he was in the wilderness of Judah,” or in other words, when he was in a desert! David experienced drought, and we can learn from his experiences and find courage for our own droughts.

David was basically a fugitive. This Psalm speaks of “those who seek to destroy my life.” At the time David wrote it, he was hiding in the wilderness from King Saul who was hunting him down to to kill him. At the end of David’s psalm, he writes “But the king shall rejoice in God” (Psalm 63:11). When Saul was chasing David, he wasn’t king yet. Yet we see David’s confidence was in God’s ultimate plan for his life. David had already been anointed by Samuel as the future king of Israel (1 Samuel 16). While he was still in the desert, David put his hope in God. He knew and held tightly to God’s promises to him while in a drought.

Throughout the Scriptures, we see that dryness came when God’s people were doing what God asked them to do. This is true with Elijah as he sat by the “drying brook” of Cherith (1 Kings 17:1-7). He had to trust in God’s promises and faithfulness throughout the drought. Moses knew the luxuries of Egyptian royalty for 40 years, but God had to send him to the desert for another 40 years to break him. In Moses’ desert, God revealed the “I AM” to him.

Peter faced his own drought. After he denied Jesus three times, we find him discouraged and returning to his trade that Jesus called him out of. Though it was a self-inflicted, spiritual drought (John 21), God was at work for Peter’s good (Romans 8:28). Even Jesus experienced deserts and knew drought. After His baptism, He experienced 40 days of hunger and thirst and was tempted by the Devil (Matthew 4). From the cross, Jesus cried out, “…My God, My God why have you forsaken Me?” (Mark 15:34).

The thirsty voices of those called by God are a normal reality throughout scripture. And when you think about it, it’s our thirst that led us to Jesus in the first place. Jesus said to the Samaritan woman in John 4, “If you knew the gift of God and who it is who says to you ‘give me a drink’ you would have asked Him and He would have given you living water” (John 4:10). Jesus later said, “If anyone thirsts, let him come to Me and drink. He who believes in Me, as the Scripture has said, out of his heart will flow rivers of living water.” (John 7:33; 7-38).

Droughts are necessary in order for us to be deeply rooted and firmly planted. Just like a plant seeking water in a time of drought, spiritual droughts cause us to dig deep in our walk with God. Our roots grow down in the foundation laid by the Gospel. The Gospel not only cancels the unpayable debt of our transgressions, but at the same time, raises us up into royal status in God’s family.

When you think about it, droughts lead us to Christ in the first place and cause us to be true worshipers of God. Spiritual droughts are necessary because they produce authentic worship.

In verses 1-4 David fainted for God to answer because life was not making sense to him. David wanted God more than he wanted life itself. Then, in verse 5-9 David described a quenching of that thirst in God alone.

Authentic worship looks like that, both a passionate need for God along with a profound satisfaction in God. People know how deep you are not by “seeing” your outward expression but by benefiting from your strong identity that’s rooted in God’s love. People know you’re deep when you get tested, and you’re not yanked out. You’re still standing and staying put in your devotion to God.

We can’t see roots; they’re hidden. We notice and care about the outward. Few people see the “root,” but this is what God sees and cares about. He is the Master Gardener (John 15). He allows dry seasons to come into our lives to help us develop deep roots in Him.

Dry Seasons Happen in Churches Too

On a side note, this is not only true for us as individuals, but also true cooperatively as churches or even as church movements. There is a subtle temptation, when the ministry is not experiencing abundant growth and prosperity, to look back to what was or to pander after other churches or movements that seem to be in a season of blessing. But we must remember that there are normal seasons ordained by God that force us to dig deep into the things that matter. 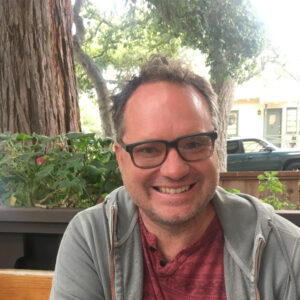 Pete Nelson wrote this article. He is currently serving as a missionary and is planting One Love Church in Thousand Oaks, California. Follow Pete on Twitter.