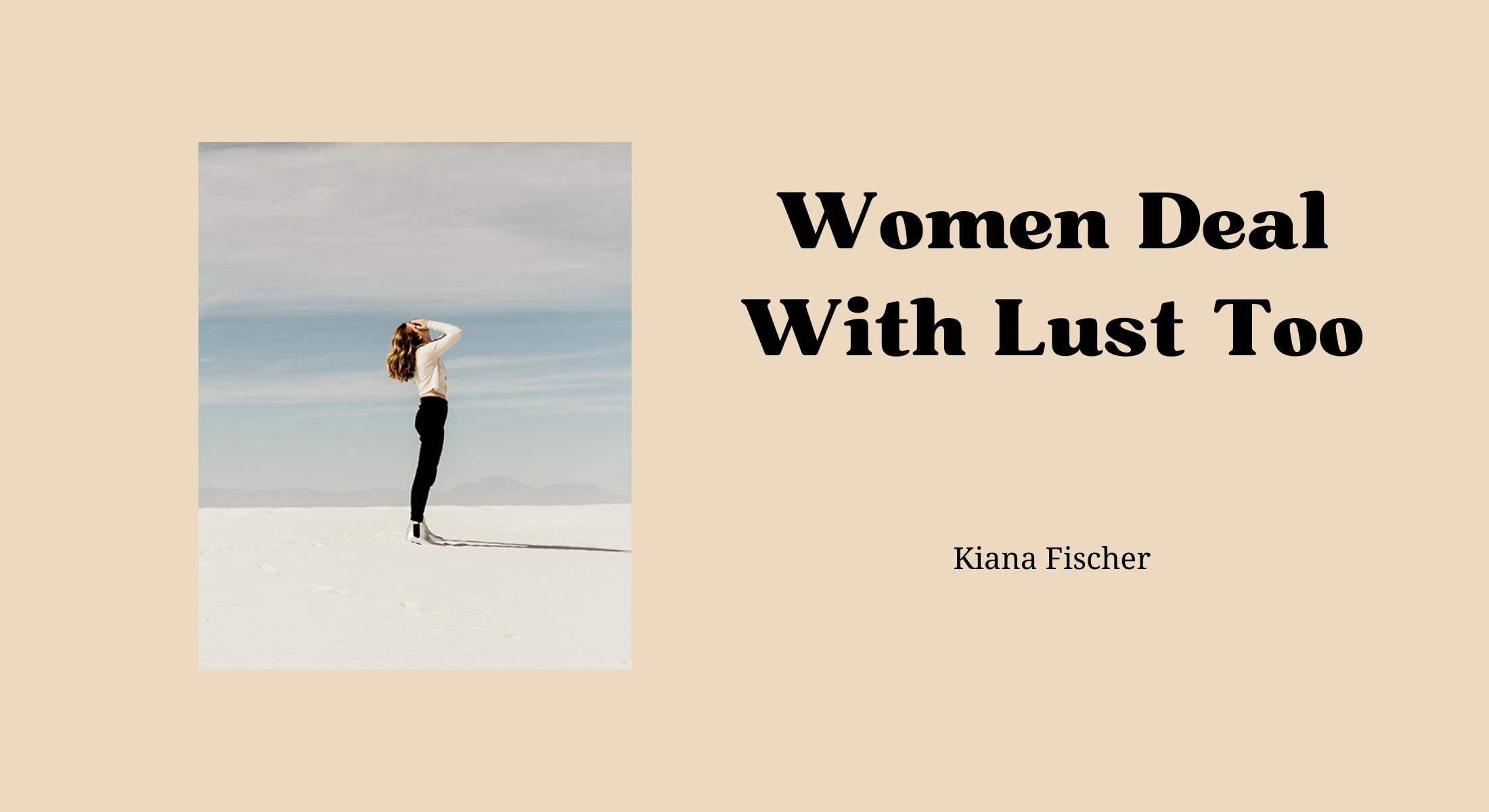 Trust is important to me. It’s something I value in all of my friendships, and something I sought when making friends growing up. In high school, my friend Katy (name changed for privacy) and I had such a relationship.

We told each other everything; nothing was off limits. Not even our biggest mistakes or “worst” sins. Hence, I always expected that if ever Katy had done something she was deeply embarrassed or ashamed of, she would tell me because she trusted me.

But I never expected her to lie about a shameful story just to test out our trust.

It was almost midnight, Katy and I were whispering to each other through our cell phones about her day with the guy she really liked. She then shared something I didn’t initially expect to hear.

“I actually need to tell you something about him and me,” her voice came through on the other end. “Kiana… we had sex.”

After she confessed her sexual encounter with this guy, even describing how she was feeling after the fact, which I listened to as the honest truth (I wouldn’t have suspected anything else, though I was indeed shocked by how quickly the whole ordeal had escalated!), she finally tapered off solemnly and left me with the responsibility to react.

Till this day, I scarcely remember my reaction. But I remember hers well.

“Wow,” was the first word of her response to mine. “You took that so well. I didn’t know you’d respond like that.” After commenting on how gracious and comforting my tone was, she then told me that she lied because she wanted to see how I would react to such a confession.

The Fear of Confession

Thankfully, all those friendships and mentoring relationships have been blessings of comfort and strength. I’ve never once had a bad experience. But I know that hasn’t been everyone’s experience. Too many are met with contorted faces, angry voices, or unhelpful counseling when given the opportunity to confess sexual sin. I’ve sadly also had times where, upon hearing confession, spoke too much, listened too little, and forgot to err on the side of grace.

The problem is that confession is hard. It’s hard to receive it as a listener and to give it as the confessor. It can feel difficult, scary, and even awkward.

My friend’s fake confession was silly, but as a 14-year-old, she was testing out what people at any age wish to know: whether you’ll be accepted in spite of who you are and what you’ve done.

Now confessing anything is hard, but confessing sexual sin, particularly in the Church, can be the most difficult, given its intimate nature. Often, when it comes to sexual sin or temptation, the shame associated with it feels doubled. But if you’re a woman with sexual sin, it might even feel tripled.

Confessing Sexual Sin as a Woman

Much of this hyper-shame women experience stems from the false belief they’ve heard or believe themselves that “girls don’t struggle with lust.” On a few occasions, I’ve heard that very sentence come from peoples’ mouths. At other times, it’s more subtly proclaimed. When all the illustrations concerning lust in a sermon involve men, or when rebuke is given but is only addressed to the men in the room, unsaid statements creep in. That’s because within such man-centered lessons on lust, there’s this unsaid and yet completely audible declaration: “Ladies, this isn’t for you. This isn’t your problem.”

And at the same time that invisible poison from a teachers’ mouth evaporates into the air, another hidden deception is formulating in the mind of a woman listening in: “I’m the only one who struggles with this.” And unfortunately, that hinders her from confessing her sin to others and receiving help and comfort from the Body of Christ.

Now, we don’t necessarily need women coming out of the woodwork sharing publicly from the pulpit every sexual sin they were ever enslaved to, are struggling with, or tempted by. Rather, we need to reframe our view on sexual sin, uphold grace and accountability, and see how Christ Himself encounters women who struggle with lust. We’ll look at these first two perspectives in this article.

The Christian views the world through Scripture. The story of Scripture is God, holy and good, redeeming and reconciling unholy, rebellious sinners to Himself. The Bible then is that one big rescue story stringing together individual sinner and rescue stories from start to end.

But within the multitude of these stories about sinners, nowhere does it say that one sex is more capable of a particular sin than the other. There might be propensities that exist within certain families, individuals, and even genders, but both sexes are equally culpable of sinning in any way. Damnation comes to all who are outside of Christ, not to those who are outside of what culture thinks they ought to struggle with. A man is not damned more for “sinning like a woman” and a woman is not more condemned for “sinning like a man.” There’s no such thing.

Both men and women are guilty when they choose autonomy over submission to God. That was the case for Adam and Eve. Both were cursed and sent out of the Garden of Eden for disobeying God.

Both Ananias and Saphira were found guilty when they lied to the disciples, and both Miriam and Aaron were punished when they rebelled against authority, their divinely-ordained leader Moses.

This we must be clear on: Lust is not a man’s problem. It’s a human problem. We need a biblical view of sin, not a cultural view or experiential view. And the biblical one says that all have sinned and fallen short of the glory of God. All are equally guilty.

Not only do we switch our view of sin from a biblical one to a more cultural, man-made one, but we hinder grace and accountability when we think lust is only a man’s problem. Anyone who lusts is objectively guilty before God, and such a one should subjectively feel shame for this guilt. The realization of guilt, the shame experienced before a holy God, is there in order that the sinner would run to Christ, who willingly pays the debt sinners owe. He takes away both our guilt and our shame by fully paying our debt and by then assuring us of His love. But when we make the guilt associated with lust more or less than what it is based on our gender, we distort both grace and accountability.

The false dichotomy tends to go like this: When women sin sexually, there must be something very wrong with them, but when men sin sexually, it’s normal, even natural. When this happens, shame can either not be felt when you are guilty, or be felt to the point of crippling you into condemnation instead of conviction.

All sin is both a perversion and natural. It’s natural in that we all have sinful natures because we were born in sin and guilt. Yet this nature is not neutral. Our sinful nature is, in fact, evil. And thus, all sin is a perversion of the good God has given us.

The more we make lust a “man’s problem” and not a woman’s, the easier it is to be passive on the sin of lust if you are a man. Now, I know men who are courageously honest and forthright in their fight against this temptation. But there are others who believe, “this sin is more natural to me,” without also acknowledging this naturalness to be actual disobedience to God, thus downplaying its serious nature. I’ve even heard guys talk about promiscuous girls as simply being “like men.” On the contrary, a promiscuous girl is being like a woman. A woman enslaved to sin. And just like a man, she needs to be set free, not brushed aside as one of the bros who you can try to help, but “understand, this is just natural for him.”

Further, the more we make lust a man’s problem and not a woman’s, the greater chance we might hinder open confession by women. By putting sins in camps, we make those who fall into the “wrong” camp feel monstrous.

Thing is, everyone is born into one camp: the camp of sinners. And Christ has died for sinners to bring them into the house of righteousness. Women need to hear that God will forgive their sins, and that His body (the Church) will pray alongside them and walk with them on the path of sanctification.

But how does Jesus Himself interact with women who struggle with lust? We’ll dig into that in my next article. But until then, I pray we’d take a step back and ask ourselves if we operate from the false dichotomy of sin. Do we brush aside the deeds of men with the “boys will be boys” attitude? (Ladies, do we do this ourselves with our own stereotypical sins, like gossip and vanity?) Do we hinder confession in church by building walls of expectation for our brothers and sisters? I pray we all, myself included, confess as Paul did, with both deep humility and great confidence:

“Christ Jesus came into the world to save sinners, of whom I am the foremost.” 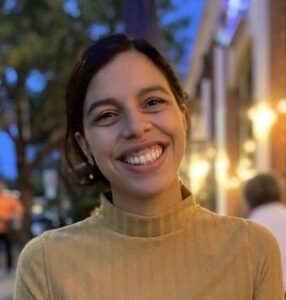 Kiana Fischer lives in NJ with her husband Joe and loves serving alongside him at their church’s youth group. They both share a love for discipling the students and nurturing their desire for Christ.