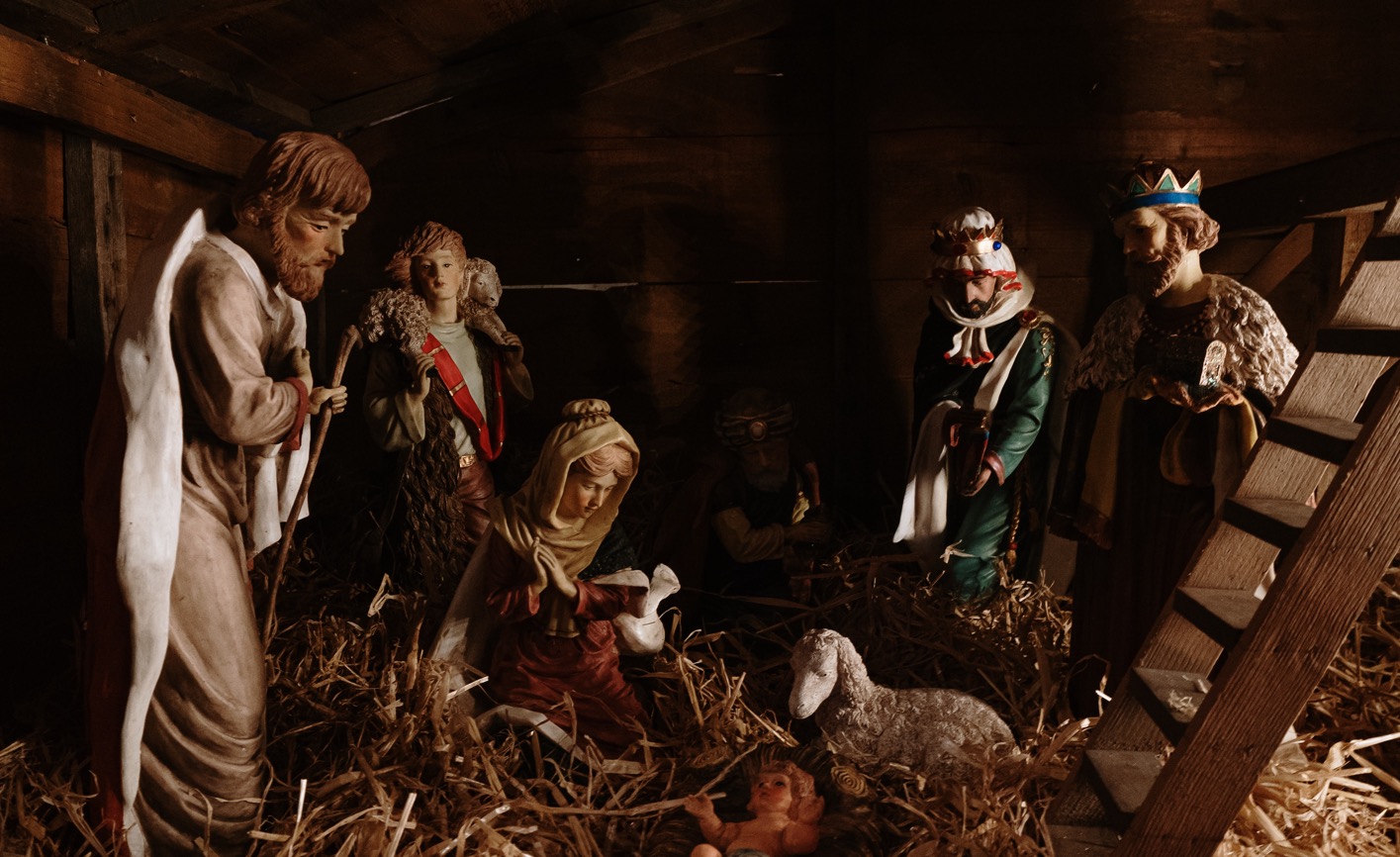 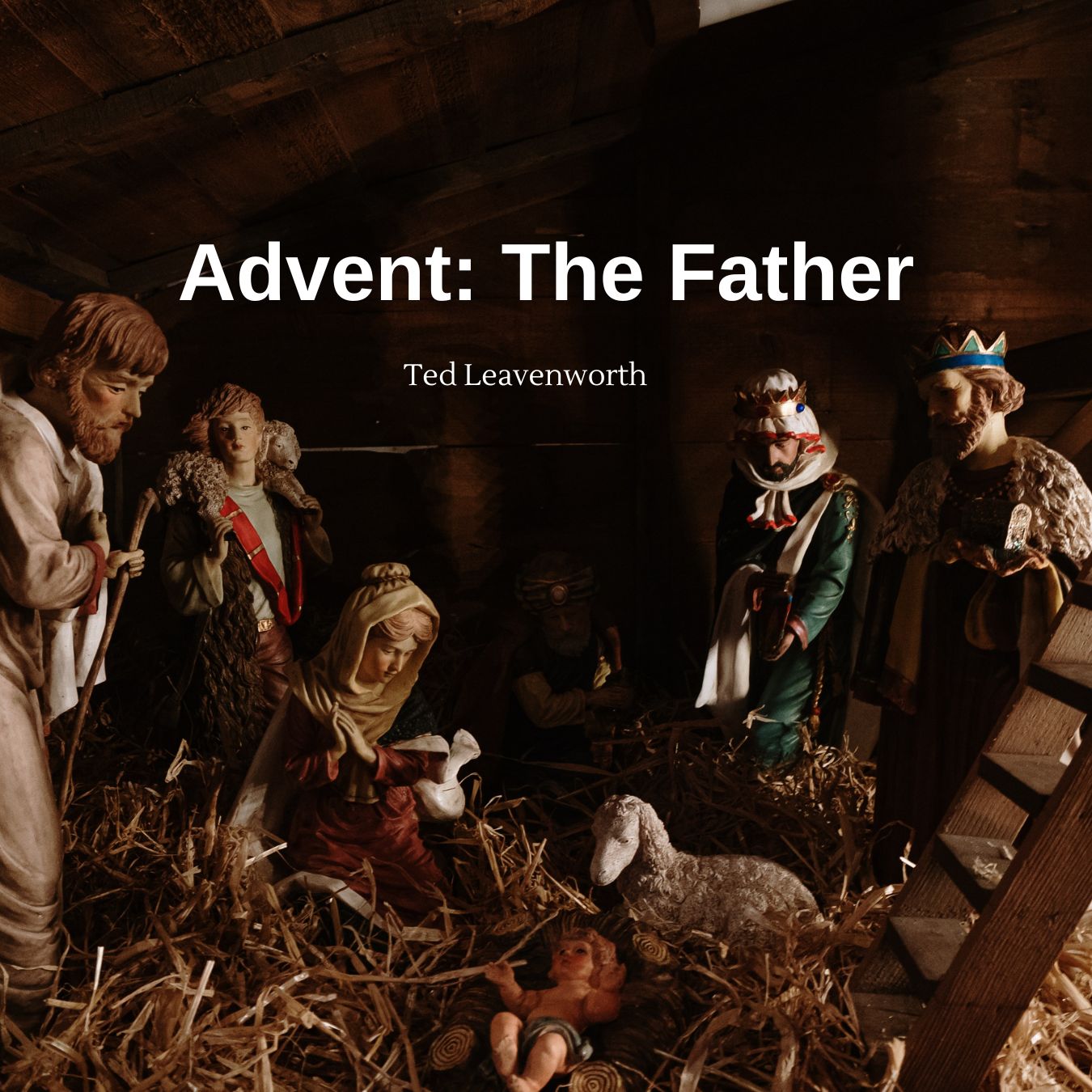 * This article is adapted from a series of papers written for Western Seminary.

The celebration of Advent centers around the coming of the Son of God in the flesh in the redemptive plan of God the Father through the powerful working of the Holy Spirit. As such, this three-part advent series is intended to celebrate this glorious work of the triune God by examining the involvement of the three Persons of the Trinity. In this artice, my goal is to focus on the Father of the eternal Son, who finds his very identity, his fatherhood, in loving the Son and in giving out his life and being in love to the Son—and through him to the world.

Celebrating this glorious work of the triune God, and reflecting the sermon series we are currently preaching, my colleagues Mike Neglia, Conor Berry, and I wish to present a series of articles with an intentional focus upon the nativity through the lens of scripture, looking at the Father of the eternal Son, who finds his very identity, his fatherhood, in loving and giving out his life and being in love to the Son—and through him to the world. We will also observe the coming of Jesus, the second person of the trinity, God with us, proclaimed by the Angels and Prophets, who alone is worthy to be the propitiation for the sins of mankind and through whom we see the Father. And finally, we will present the work of the Holy Spirit and his role in both the conception of the Christ child and in the multi-generational working through the Old Testament prophets and the Gospel Narratives.

Additionally, we will present how the Holy Spirit works with and through Jesus to declare that a distinctly personal relationship with the triune person of God is not only possible, but promises an intimacy of relationship which informs our conduct. Rather than being a distant force, the Spirit, the third person of the trinity, through faith in the person and work of Jesus, can live IN us, revealing Christ and the Father to us—and more than that, the Spirit then empowers us to live united with the godhead in eternal fellowship with Father, Son and Spirit. Thus, we can abide with and in the God who is himself with and in us.

The Overflow of the Father’s Love

Understanding who God is on a trinitarian level shapes how we relate to him and respond to his gospel in every imaginable way. God has revealed himself to be, firstly, a Father. Such relationship reveals many things about the very nature of God, showing him to be familial, relational, life-giving, and loving. Therefore, it is unsurprising that this love then radiates outward to creation which is altogether characteristic of an outward-focused God who both created and conforms the elect into the likeness of Christ. Far beyond mere behavior, the trinitarian God of love is calling mankind into union with himself to be partakers of his goodness as beloved children. This divine love abides within the triune Godhead as the Father loves the Son in the Spirit.

As Michael Reeves observes, however, while God the Father could not be love were there no one to love, nor could he be Father were there no Son, his creation is not driven from some divine need to create in order to BE who he is. Rather, from eternity, God is the eternal Father of the eternal Son and finds his very identity in loving and giving-out his life and being to the Son. This distinguishes God not as first and foremost Creator and Ruler, but rather as first and foremost Father, which precedes creation. Mankind therefore, created in God’s image and conformed into the likeness of his Son, is the continuation of the outgoing movement of the God who is love. Reeves concludes, “The God who loves to have an outgoing image of himself in his Son loves to have many images of his love (who are themselves outgoing).”[1]

The Outward-Focused, Outgoing Movement of the Father’s Love

This others-centered love stands in strong opposition to the self-focused love of Satan who, in contrast to the God who gives his life to set mankind free, instead seeks to take life and enslave mankind (cf. John 10:10). Therefore, the triune, superabundant, generous, radiant, and self-giving God determined that the Son would come to earth in the likeness of man to “ransom captive Israel” and to “disperse the gloomy clouds of night.” Douglas Wilson has observed “the irony of power” in the overflow of God’s love in the advent of Christ, commenting that “God overcame the world and its evil forces by setting aside His omnipotence, and becoming a helpless baby. The Incarnate One now had pitiful limbs, had tiny arms and legs, but even they were bound up tight in the swaddling clothes. … God was taking on what Martin Luther once called ‘lefthanded-power,’ the authority that arises from willed helplessness.”[2] The Apostle Paul spoke of “… the great mystery of godliness: God was manifest in the flesh, justified in the Spirit … [and] received up into glory” (1 Tim. 3:16b).

This work of the triune God is the foundation of the salvation of mankind.

Wilson asks, “How could the eternal Word of the eternal Father take on limits? How can infinitude and finitude marry? The doctrine of the Incarnation proclaims frankly and without embarrassment the most stupendous miracle that can be imagined. Veiled in flesh the Godhead see, hail the Incarnate Deity … our Savior, Jesus of Nazareth, was and is one person, but a person with two natures—divine and human.”[3] As human, Jesus knows our every weakness (cf. Heb. 4:15); as divine, Jesus is the sinless sacrifice uniquely qualified to atone for the sins of man (cf. 1 Pet. 3:18; 1 Cor. 5:21; Heb. 10:14) and to receive both glory and honor. However, the glory that the Son received is not limited to heaven. It is freely given by the outward-focused, outgoing movement of the Father’s love. In the same way that the Father chose to include and to share with the elect in his love for the Son, the Son also chose to include man in his love for the Father. Indeed, we have been created that we may know the love of the Father, manifested in the power of the Holy Spirit, through the Son and thereby know the love of God in all its fullness.

The Divine, Self-Sacrificial Aspect of the Father’s Love

The very nature of this triune God is manifested in the divine love we experience and celebrate in the advent season as, regardless of denominational affiliation, many are inspired to acts of charity and service of others in reflection of our charitable God who condescended to embody human flesh and to dwell with his creation (cf. Isa. 7:14), and to give his life in loving sacrificial service of others (cf. Mark 10:45). R. Alan Cole, in the New Bible Commentary, notes the backdrop of the occasion which prompted Jesus to declare this service-hearted mission to the world in Mark 10:45: “If it had not been recorded we could have hardly believed that [after hearing of Jesus’ impending sacrifice and service that] James and John could have come with their ambitious and selfish request. … Jesus patiently explained to them once more the totally different pattern of God’s kingdom, where true greatness is humble service.”[4]

Such divine, self-sacrificing love which we experience and celebrate during the Advent season is nothing short of this—God is with us in the Son, and the doctrine of the Trinity factors largely in this truth, telling us that it is God himself who is with us. The familiar Christmas carol “O Come, All Ye Faithful” reminds us of this trinitarian truth: “God of God, light of light / Lo, he abhors not the Virgin’s womb / Very God, begotten, not created / O come let us adore him—Christ the Lord.” This stanza agrees with the Nicene Creed from AD 325: “We believe … in one Lord Jesus Christ, the Son of God, begotten of the Father … Light of Light, very God of very God, begotten, not made, being of one substance with the Father.” As Millard J. Erickson proclaims, “That God was able to work the seemingly impossible in the matter of the virgin birth symbolizes his ability to accomplish the seemingly impossible task of granting a new birth to sinners. Jesus himself said, in regard to salvation, ‘With man this is impossible, but with God all things are possible’ (Matt. 19:26).”[5]

Indeed, the Father is the administrator of salvation, and he oversees the process from beginning to end (cf. Eph. 1:3-6). The Father chose us before the foundation of the world and predetermined our adoption as his children through Jesus Christ. God’s covenant promise to Israel (and through Israel to all the nations)—reiterated through the Prophet Isaiah (cf. Isa. 41:10)—emphasizes both his abiding presence with his creation and his everlasting promise to strengthen, help, and uphold his chosen. Indeed, before creation, the Bible reveals a Father who loved his Son before the foundation of the world (cf. John 17:24). This relationship, Reeves observes, informs every other relationship: “… the shape of the Father-Son relationship (the headship) begins a gracious cascade, like a waterfall of love: as the Father is the lover and the head of the Son, so the Son goes out to be the lover and the head of the church. … And therein lies the very goodness of the gospel.”[6]

The Father’s Love Informs Every Other Relationship

One can only agree with Reeves that such understanding of God the Father revolutionizes mankind’s perception of him and opens the door for a genuinely intimate relationship anchored in love, by the power of the Holy Spirit. Reeves states, “… for eternity, the Father so loves the Son that he excites the Son’s eternal love in response; [and] Christ so loves the church that he excites our love in response; [and] the husband so loves his wife that he excites her to love him back. Such is the spreading goodness that rolls out of the very being of this God.”[7]

The Advent season, therefore, is about the gift of God to mankind in the Father’s sending of his Son into the world. This is Emmanuel, God with us (cf. Matt. 1:23). However, it should be noted that God certainly had not been entirely absent prior to this point in human history. Indeed, he had spoken through the prophets and had also manifested his presence both in the wilderness tabernacle as well as the temple in Jerusalem. Even so, the Gospels reveal something uniquely new regarding the presence of God in the infant child of Mary in Bethlehem. This is now God’s presence in human form: God “with us” who steps into world history in human likeness, not only showing his solidarity with us, but coming to die for us in order to rescue and redeem fallen man. 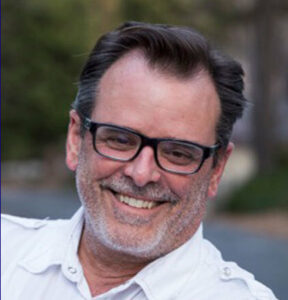 Ted Leavenworth planted Reliance Church in 2007 and serves as the main teaching pastor. He is also leading the Care & Coaching Team for CGN.