A Discussion on the Biblical Theology of Israel Part 1 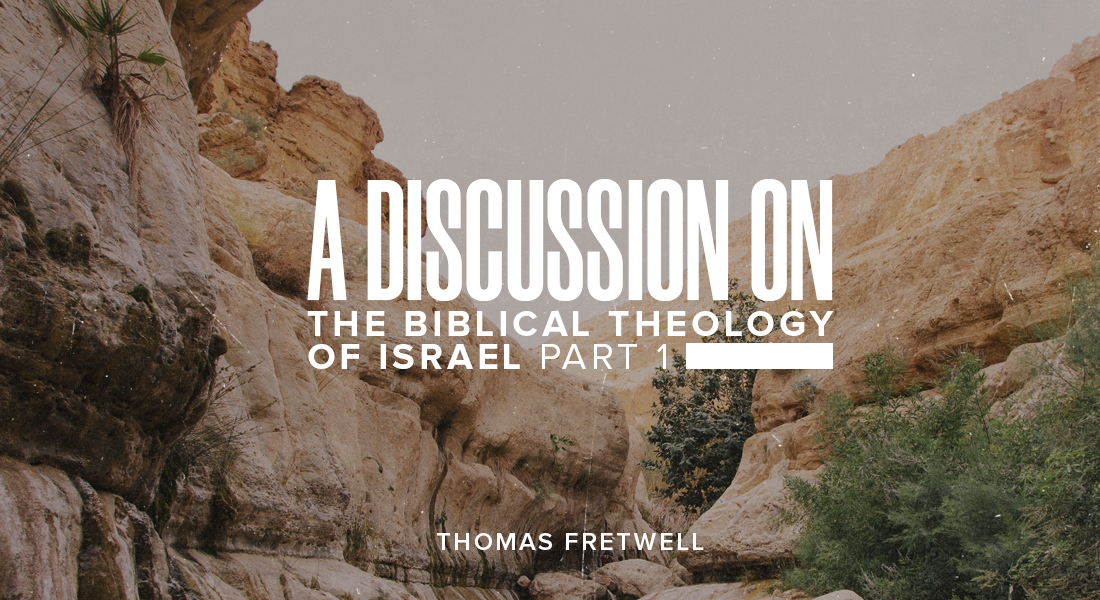 Historically, the evangelical tradition has been very supportive of Israel. Yet with the growing resurgence of supersessionism (replacement theology) eroding this support, as well as the alarming increase of global anti-Semitism, it is imperative that evangelicals understand the role of Israel from a biblical perspective. Unfortunately, many people today lack a proper biblical foundation to navigate this issue, and their interpretations are too easily colored by the rhetoric of the modern Israeli-Palestinian conflict. Admittedly, the topic is complex and requires examination from both theological and political vantages. However, we as Christians must ensure that we give this issue adequate theological treatment before engaging with the subject on other levels.

In order to achieve this, the entire subject of the house of Israel needs to be seen for what it is in the biblical corpus—perhaps the largest metanarrative in all of Scripture. The topic of Israel needs to be treated as a biblical theology theme that runs throughout the entire Bible. The scriptures address the past, present and future role of the Jewish people in the plan of God. In setting out a biblical theology of Israel, which will incorporate periods of exile, periods of unbelief, and ultimately, anticipates an eschatological kingdom, we seek to offer a theology that affirms the unique role of Israel in salvation history. We also want to avoid the rather simplistic error of creating a theology that places the modern nation state of Israel on a pedestal above all criticism. To hold a view that acknowledges God’s heart for the Jewish people does not mean one is bound to support every decision of the secular Government of the modern state of Israel.

We must go to the Scriptures first. Although this section of Romans is the final portion of a much larger section of chapters 9-11, which expounds upon the subject of God’s dealings with Israel, verses 25-29 provide us with five salient truths that will shape our biblical theology of Israel. We will start with the first few below.

1. The Gentile church is prone toward ignorance and arrogance regarding the issue of Israel.

“For I do not want you, brethren, to be uninformed of this mystery—so that you will not be wise in your own estimation …” (Romans 11:25a)

The text states that the church must be careful not to display an attitude of ignorance concerning Israel’s current position of blindness, nor are we to allow this position to produce in us an attitude of superiority or arrogance. Unfortunately, the ugly mixture of ignorance and arrogance is an apt description of the church’s attitude for much of its history, indicating that Paul’s warning has gone largely unheeded. The doctrine of supersessionism, more commonly known as replacement theology, has been the majority view throughout the history of the church. The idea is that the church has replaced Israel in the future plan of God. Those who hold this view believe that the covenantal promises regarding Israel’s future have now been transferred to the church—it has become the new “spiritual Israel.” This position quickly became the dominant stance of the post-Apostolic church. And as the influence of supersessionism grew, it brought with it a shameful legacy of Christian anti-Semitism that persisted, and some would say culminated, in the terrible events of the 20th century.

Although post-Holocaust theology made efforts to redress this imbalance, recently there has been a resurgence of supersessionism in the evangelical church. This resurgence has been inflamed by the ongoing Israeli-Palestinian conflict and the support of those who advocate imposing a social justice narrative onto the Scriptures. This type of narrative portrays the Palestinians as helpless underdogs trying to resist the might of their imperialist overlords—Israel! This movement is known as “The New Supersessionism,” and it fuses together traditional supersessionist doctrines with Palestinian nationalism and quasi-Marxist liberation theology.

Now it is very important to realize that as a democracy, an imperfect democracy, criticism of Israel can be important for positive change. A valid, albeit negative criticism of Israeli policy, should not be considered anti-Semitic. In a government consisting of both religious and secular groups, having those on the left and the right, you will not find fiercer debate about Israeli policies than within Israel itself. Thomas Friedman of the New York Times wrote the following: “Criticizing Israel is not anti-Semitic, and saying so is vile. But singling out Israel for opprobrium and international sanction – out of all proportion to any other party in the Middle East – is anti-Semitic, and not saying so is dishonest.”1

Evangelical theology should be able to stand against any form of anti-Semitism, whether it is directed at Jews individually or against Israel collectively.

2. The hardening of Israel is partial and temporary.

… That a partial hardening has happened to Israel until the fullness of the Gentiles has come in (Romans 11:25b).

This next clause is a theologically rich and important statement. Church history will show that Gentile Christendom has often reacted against charges of anti-Jewish bias by pointing out that the Jewish people rejected Christ and are presently unbelievers. Paul here seems to preempt this response by explaining the reason for Israel’s present hardness.

Paul had previously explained the reason for God allowing Israel to stumble (11:1-15) and here reaffirms his interpretation of Israel’s current position as the result of divine hardening. He emphasizes that the current hardening is only “partial,” and there remains a faithful remnant of believers within the nation; Paul himself being one of them. This remnant is evidence of God’s continued faithfulness to Israel, which proves the nation has not been rejected (11:5). However, the real content of the mystery is not just that a believing remnant in the nation would remain, as this concept is found in the Old Testament. Neither is the mystery of the fact that Israel would one day experience a national revival beyond the locus of a small remnant, as this too is clearly taught in the Old Testament. Rather, the novel aspect of this Pauline mystery is that “the inauguration of the eschatological age would involve setting aside the majority of Jews while Gentiles streamed in to enjoy the blessings of salvation and that only when that stream had been exhausted would Israel as a whole experience these blessings.”2

Paul’s brief sketch of salvation history then includes unbelieving Israel in the present age, and this crucial aspect must be factored into any biblical theology concerning Israel.