A Discussion on the Biblical Theology of Israel Part 2 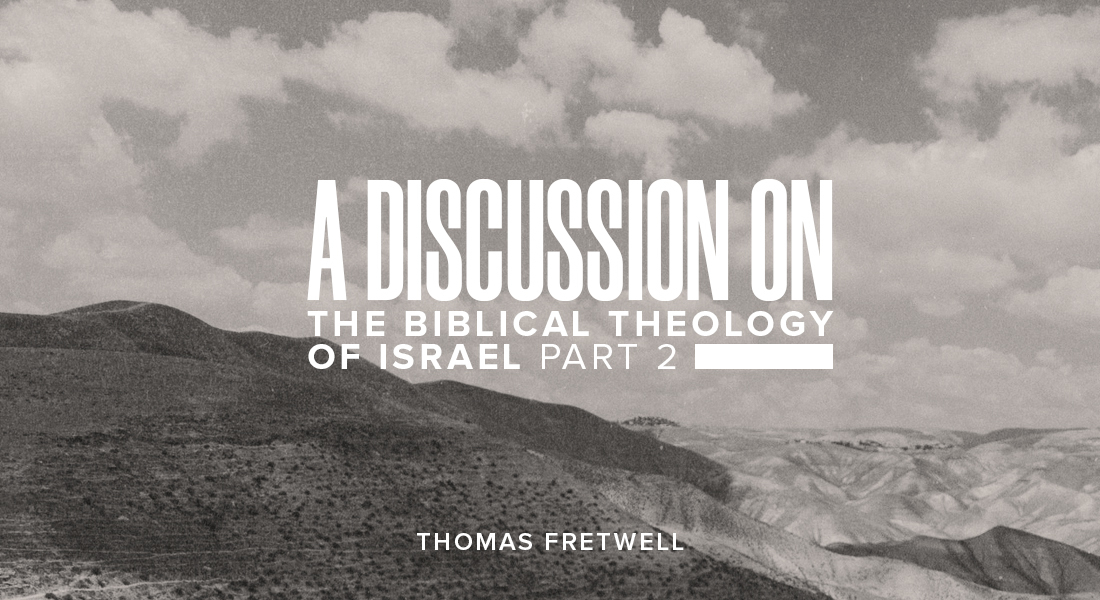 In part one of this study, we began to look at the subject of Israel as a biblical theology theme. We began looking at five truths from Romans 11:25-29 that provide a basic outline of a theology of Israel. The first two points previously examined come from 11:25. One, that the Gentile church is often misinformed and superior in its attitude towards Israel. Two, the present hardening of Israel is both partial and temporary.

“…And so all Israel will be saved; just as it is written,

‘THE DELIVERER WILL COME FROM ZION,

HE WILL REMOVE UNGODLINESS FROM JACOB.’

‘THIS IS MY COVENANT WITH THEM,

This clause is the “eye of the storm” for understanding Romans 9-11. Several possible interpretations have been offered by theologians. Some see “Israel” here as pertaining to the elect, the one people of God comprising both believing Jews and Gentiles. This position seems doubtful given that Paul has used the term consistently ten times throughout Romans 9-11 to refer to ethnic Israel. Others have claimed that “all Israel” is to be understood as a reference to all Jews throughout history. This position, however, raises a myriad of soteriological problems and does not fit the context of the discussion. Still, others simply see this as a reference to the elect within Israel who are now part of the church. The multitude of interpretations only shows how disparate the church’s theology of Israel has become.

I will not engage with all of these viewpoints but argue for the view that seems to be the most straightforward. If we read it without any preconceived presuppositions inherited from our particular theological systems, then some of the confusion evaporates. To interpret “all Israel” as a reference to the ethnic nation of Israel seems to fit the context best. Moreover, to understand the words “will be saved” as a reference to the national salvation of Israel should not be seen as somehow unfair to those outside of Israel, or as God giving a certain group of people a second chance that He is unwilling to give anyone else. The national regeneration and eschatological salvation of Israel is one of the most frequently recorded hopes of the prophets (cf. Ezekiel 37:25-28; Jeremiah 31:31-34; Micah 4:1-4).

Paul seems to emphasize this point by his selection of Old Testament quotations. He first quotes a verse from Isaiah 59:20. The context is crucial; Isaiah 59 is an eschatological chapter dealing with the second coming of Christ in judgment at the end of the age to repay those whose deeds are wicked. This same chapter describes Jesus as a “redeemer” who will come to Zion (location) and remove the sins of Israel (ethnicity). The next verse (Isaiah 59:21) links these events, the salvation of ethnic Israel to the New Covenant. This is supported by the second Old Testament quote that Paul selects from Jeremiah 31:33-34 where he explicitly ties the salvation of Israel to the New Covenant. Most theologians today would not deny that the New Covenant awaits its final consummation with the coming of Christ. Paul has now explained that part of this consummation involves the national salvation of Israel. Paul used these Scriptures from the Old Testament to demonstrate that this is a theme which runs through the Bible and these Scriptures have provided a chronological sequence for their fulfillment.

2. Unbelieving Jews are our beloved enemies.

Paul here gives a clear summary of Israel’s dual status and how it relates to the main thrust of the argument that he is addressing in chapters 9-11. Israel, who even now is hardened toward the gospel and in a state of enmity toward God, is not completely rejected. The Gentile church is to understand that this present state of hardening was necessary for salvation to come to the Gentiles. Given this situation, the Gentiles must be careful not to become arrogant toward the “natural branches.” Understanding and accepting this fact should provoke a response from unbelieving Israel—to make them jealous (Romans 11:11).

With this response in mind, it is important to understand how a church that has become arrogant against the natural branches because of their unbelief, or a church which actively promotes theology that is anti-Semitic, stands little chance of provoking Israel into a state of jealousy.

Israel then remains the elect nation, beloved by God for the sake of the fathers on account of the promises made to Abraham, Isaac, and Jacob. This dual status of Israel is the key to understanding the “mystery” of Israel.

3. The promises given to Israel are irrevocable.

Paul has argued that Israel remains important in God’s plan based upon the promises given to the patriarchs. As long as those promises stand true, then so does his argument concerning the future of national Israel. He confirms this simply by announcing that the gifts and calling of God are irrevocable. It is best to see the phrase “calling” here as referring to the election of Israel as a nation, and “gifts” is best identified as encompassing all the privileges and blessings that go with this. The term “irrevocable” carries with it the idea that something cannot be undone or changed. The promises of God concerning Israel are certain, for the Word of God cannot be broken; His promises are sure.

These four verses in Romans chapter 11 provide for us a basic outline of a biblical theology of Israel. Any attempt to address the topic theologically must provide a response to the areas outlined in these verses, i.e. that Israel was elected in the past, that the majority of the nation rejected the claims of the gospel, but even in this unbelieving state, they still remain an elect nation. This nation will one day receive the promised covenantal blessing of national salvation when the Messiah comes again.