“A Wrinkle in Time:” A Film Review 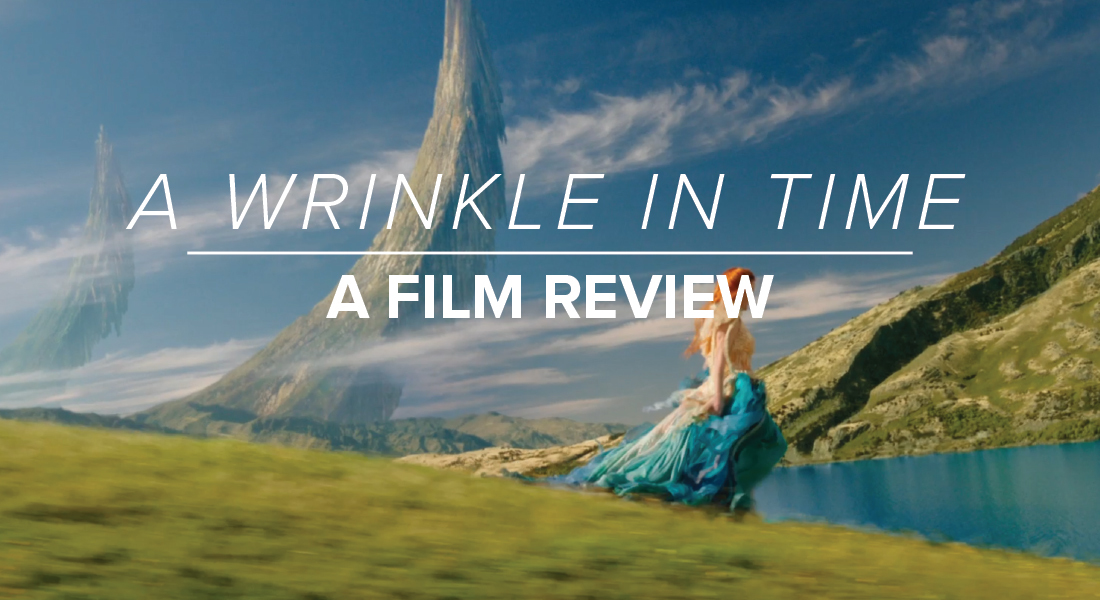 Below is a review on the newly released film, A Wrinkle in Time. There are spoilers included in the analysis of this film.

A Wrinkle in Time has been controversial since before it was ever published. Author Madeleine L’Engle’s manuscript was rejected by 26 publishing houses before Farrar, Straus, and Giroux decided to give it the green light. Since its initial publication in 1962, A Wrinkle in Time has enjoyed prolonged popularity as well as literary praise, earning such prestigious awards as the Newbery Medal, Sequoyah Book Award, Lewis Carroll Shelf Award, and was runner up for the Hans Christian Anderson Award. Yet because of Madeleine L’Engle’s use of spiritual themes, and at times borrowing quotes from the Bible, the book has remained a source of contention on both sides of the aisle. Secularists have taken issue with her use of Biblical inspiration and want it pulled from school libraries. And evangelicals contend that the book is too liberal towards salvation, embracing too much universalism, or too much secular humanism, to give it a home in their bookstores.

Before we dive into the film, it’s worth noting a few things about the source text, and drawing a clear distinction between the book and the movie. While the film never ventures deeper than a cursory humanistic theme, the book’s author had a very different worldview. As a liberal Episcopalian, Madeleine L’Engle espoused something between universalism (in the end, everyone gets saved) and annihilationism (Hell isn’t eternal, in the end, the lost will cease to exist), believing that no one would be sent to eternal judgement. She reportedly said “I cannot believe that God wants punishment to go on interminably any more than does a loving parent. The entire purpose of loving punishment is to teach, and it lasts only as long as is needed for the lesson. And the lesson is always love.”1 She believed Christianity could comfortably coexist with all other world religions, because all would eventually be saved, whether they believed in Christ at time of death or not.

Paradoxically, she also wrote “To be truly Christian means to see Christ everywhere, to know him as all in all,” in her book Walking on Water. “I don’t mean to water down my Christianity into a vague kind of universalism, with Buddha and Mohammed all being more or less equal to Jesus-not at all! But neither do I want to tell God (or my friends) where he can and cannot be seen!”

However, her perspective of the priority of Christ among other religious leaders is clear from the novel of A Wrinkle In Time. At one point, when explaining forces that have fought the great universal evil in the universe, The Dark Thing, Mrs. Whatist says, “Some of our best fighters have come right from your own planet…You can be proud that it’s done so well.” She lists Jesus, Gandhi, Einstein, and the Buddha as some of Earth’s “best fighters.”

What is obvious is that Madeleine L’Engle had no problem fashioning a Christianity to her own liking. She wasn’t comfortable allowing scripture to remain the final authority on such matters as eternal judgement and salvation, thus leaving a very cloudy understanding of morality and ultimate truth.

While all mentions of Jesus and the Bible have been thoroughly expunged from the screenplay, the film still can’t shake the murkiness of the source material.

And, externally, A Wrinkle in Time has all the hallmarks of a film classic. The teenage protagonists Meg Murray (Storm Reid) and Calvin (Levi Miller) and her adopted child-genius younger brother Charles Wallace (Deric McCabe), step into a fantastic world where science and magic meet, as they embark on a journey across the cosmos to find their missing father, astrophysicist Dr. Murray (Chris Pine). Along the way, they are guided by three powerful cosmic beings: the aloof Mrs. Whatsit (Reese Witherspoon), pop culture quoting Mrs. Who (Mindy Kaling), and the all-wise Mrs. Which (Oprah Winfrey). With the outlandish and other-worldly visuals, a trio of energetic teenage heroes, and the powerful (and magical) help of three eccentric fairy godmother types, the film has all the promise and excitement of a new original adventure franchise in the making. And it might have achieved just that, were it not for the flimsy, hastily strung-together narrative that is constantly barraged by an unrelentingly tone-deaf mantra of secular humanism.

At this point I want to completely overlook the film production itself. With so many poor critical reviews out there already, as well as it’s “Certified Rotten” 41% score on Rotten Tomatoes (with an abysmal 33% audience score), I really didn’t want to publish another scathing review. What I would like to do is take a closer look at the film’s message. While most films embrace a worldly perspective by default, this film is drenched in self-importance, making a concerted effort to present a particular worldview. And while that worldview is presented as the answer to life’s problems, it offers no tangible solutions.

The movie serves a very convincing dose of painful reality: a mother, daughter and adopted son have lost their husband and father.

And if that pain weren’t bad enough, they have zero closure. He vanishes one day, out of nowhere, while conducting astrophysics experiments. No explanation, no suggestions that he survived, nothing. Compounding this pain is the reality that Meg has the relentless bullying and torment of school pretty-girl/bully Veronica Kiley to look forward to every day. Calvin on the other hand has to deal with a father who expects too much of him and verbally abuses him. Even the school pretty girl Veronica battles insecurity, body-image issues, and low self-esteem. These are characters and situations that so many kids will find themselves identifying with in real life. The scenarios are sadly all-too real. These issues are hurts that kids everywhere are forced to deal with all the time.

But what sort of hope or advice does this movie offer for those whose hurts aren’t just part of a movie plot? To place your faith in yourself. You hold the keys to your own salvation, if you’ll just believe in yourself, and tune yourself to the right frequency (love). And how, one might ask, does one apply this advice to their horrible situations at home? In essence, rely on no one but yourself, because everyone else will let you down, and only you can save you. Far from useful, this is a very thin, very hollow placebo that sends you back to your problems with sunshine and warm fuzzies, but those quickly cool with the understanding that, in reality, you’ve received nothing that can actually help you.

Secular humanism is the belief that humans are capable of their own morality and code of ethics without the need for any god or religion.

The belief is that people are neither inherently evil (contrary to Jeremiah 17:9; Matthew 15:19) nor inherently good. And further, mankind has the ability to be their own moral standard, with no need for external governance or salvation. So, in the absence of an external, theistic moral compass, those who embrace the ultimate ideal of love are worthy of governing themselves. And through self-reliance, tapping into the universal frequency of love, we can solve all of life’s problems.

The trouble is, being kind to bullies that torment you doesn’t always bring catharsis. Digging in and believing in yourself doesn’t hold much weight when you’ve lost your loved one, or when your emotionally abusive parent is screaming at you.

In many ways, this movie contrasts the nihilistic approach from the last film I reviewed, Annihilation. The message here is that you do have purpose in this world. But that purpose is to simply believe in yourself and fulfill your potential, fixing your own problems and healing your own hurts through the power of love. In truth, both of these movies leave you with the cold reality of the world that all humans experience. We all have pain and failure in our lives, but we don’t have the strength, patience, or willpower to undo all the hurts that we continue to experience.

And it’s this disparity, between what people have and what people need, that really stands out.

The need for people to receive the power to change. The need to receive the power to overcome. The need to receive the power to forgive. This movie acts as though it has imparted all the wisdom (over the course of its two-hour run time) that we need to truly soar above our personal demons, whether internal or external. But really, all that’s been given is a load of empty promises. When you truly place your faith solely in yourself, you end up alone, isolated from the people that can share life’s burdens with you. On the one hand, Meg needs to reject the counsel of her cosmic helpers if she hopes to save her dad, she must reject her dad’s counsel to save her loved ones, and she must step out in faith in herself alone when no one else can help her. Yet moments later, she needs the help of another to obtain victory. Even the idea of self-salvation presented here seems to be nebulous and self-contradicting.

But all of this is quickly glossed over in typical Hollywood fashion, with flashy characters, a whirlwind of cinematic locales, immersive visual effects, but ultimately hollow platitudes. For a movie that flaunts itself as an enlightened perspective on the cultural problems faced by today’s youth, the substance of the life advice offered here is unsurprisingly bankrupt. And it’s here where the book and the film coalesce into similar works marred with the same shortcomings. While trading in the uniqueness and exclusivity of Christ, Madeleine L’Engle also gave up the Way He provides to ultimate fulfilment, the Truth that gives clarity and meaning to life’s difficulties, and the Life of joy and peace that all people are searching for. But all you’re really left with here is a mixed-up morality tale with the disappointing aftertaste of hollow, unhelpful worldly wisdom.

CalvaryChapel.com does not necessarily endorse or agree with every message or perspective in the diverse films reviews posted. By providing these film reviews, we hope to help you stay informed of important events and conversations taking place in the world that are relevant to the Christian faith. 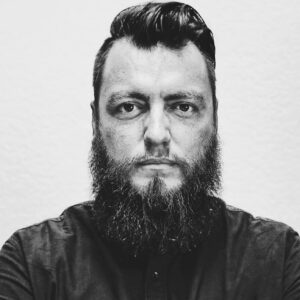 George Scanlan is a husband, father, and pastor. He produces the CGN podcasts, videos, and live streams. He also manages content for CalvaryChapel.com. 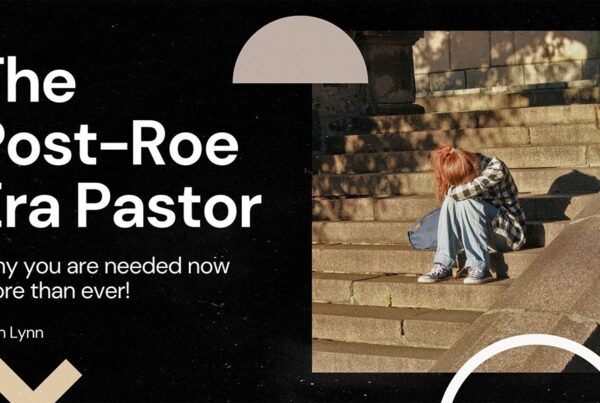 The Post-Roe Era Pastor: Why You Are Needed More Now Than Ever. 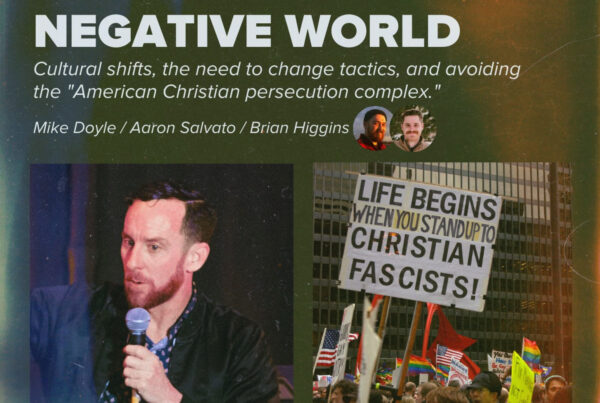 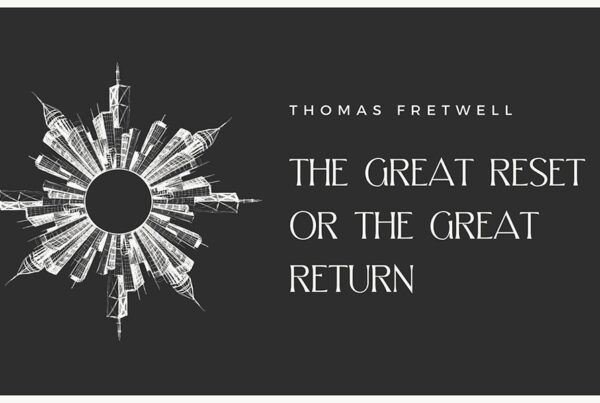