On October 16-18, 2013, Pastor John MacArthur held a three-day conference at his Grace Community Church in Sun Valley, CA, entitled, “Strange Fire.” The conference was focused on a critical assessment of the Charismatic Movement and its espousal of the present day ministry of the Gifts of the Holy Spirit. There were ten different speakers, dealing with various topics concerning the Charismatic Movement.

As I begin this assessment, let me first of all say that all of the men who spoke at this Conference are our brothers in Christ, and that being the case, we should pray for them and walk in Philippians 2:1-8 toward them, as we are all in the process of being “conformed to the image” of Christ by our Heavenly Father (Romans 8:28-30).

The Work of the Spirit or Satanic Deception?

MacArthur opened up the Conference with an introduction to the subject matter and focus of the Conference, which is an overall biblical and theological critique of the Charismatic Movement. MacArthur sees much of the charismatic movement as being in the grip of Satanic deception as the following quote indicates:

MacArthur does admit there are those within the Charismatic Movement who are true believers that hold to biblical orthodoxy concerning the Gospel. But he still contends they are in serious error concerning the work of the Holy Spirit:

“Do some in the Charismatic Movement believe the truth? They do. They do. Do some in the Charismatic Movement hold a sound theology on some issues? They do. But none of those true understandings have come to them through that Movement. The true understandings have always been there in the long line of godly preachers and teachers that God has used to keep the truth and to keep the church on track. The Movement adds nothing to that. It detracts and it confuses. It is not a source for any advancement of our understanding of Scripture or sound doctrine.”

The Do’s and Don’ts of the Holy Spirit

MacArthur went on to delineate what he sees the Scripture teaching regarding what the Holy Spirit does and doesn’t do:

…the ministry of the Holy Spirit is to lead you into the truth, to disclose the things of Christ to you in order that you might be conformed to Christ’s likeness. Just an amazing simple reality. The Holy Spirit does in us what He did in the Son, conforming us to the very image of Christ.”

As MacArthur delineates the various aspects of the distortions within the Charismatic Movement under the heading of “what the Holy Spirit does and does not do,” I know that all of those who are part of Calvary Chapel would generally stand solidly with him in the same assessment. Of course we would take issue with the fact that he completely discounts the present day “gift of tongues” that is associated with the Charismatic Movement, classifying it as speaking “gibberish.” But aside from what he says about tongues, all of us within Calvary Chapel teach exactly what he stated above in his last quote- that is, “The Holy Spirit does in us what He did in the Son, conforming us to the very image of Christ.”

No Place for the Spirit-filled Baptist

As a young man who came to Calvary Chapel thirty-three years ago, I felt like a “square peg in a round hole.” The Southern Baptists didn’t want me based on my belief in the present day ministry of the gifts of the Holy Spirit. Yet, I absolutely didn’t fit in with the Word-Faith Movement and its utter distortions and misrepresentations of the truth of God’s Word. However, when we moved to Southern California for my graduate study, I came and heard Pastor Chuck Smith speak on a Sunday night. When I heard Pastor Chuck teach I felt as though I had found a spiritual oasis in a theological desert, because Chuck taught and believed what I had come to believe! I scheduled a meeting with him at which he invited me to come on staff at Calvary Chapel of Costa Mesa. And thus, I became a part of Calvary Chapel in September of 1980.

As a man with a long history with Calvary Chapel, I can tell you that what John MacArthur is describing as the aberrant emphases within the Charismatic Movement are the very things Chuck Smith and Calvary Chapel have long been in the forefront of exposing. They confronted such distortions and misrepresentations and preached solid, biblical truth. They saw hundreds of thousands of people come to a saving faith in Jesus Christ and begin growing spiritually through the systematic teaching of God’s Word. Converts were continually being filled with the Holy Spirit and empowered by Him to be living witnesses of Jesus’ saving and redeeming power.

Additionally, believers in Calvary Chapel were also ministering in the gifts of the Holy Spirit in a solid, biblical manner. Jesus was being glorified and honored in their exercise of the gifts with the result that true, genuine, biblical evangelism was occurring in all venues of people’s lives. However, in turn Calvary Chapel’s biblically-framed approach to exercising the gifts actually brought on some serious opposition from the distorted elements present in the Charismatic Movement. But a consistent stand for biblical truth in the face of the aberrant teachings within the wider Charismatic Movement was one major reason for the continuation of effective ministry at Calvary Chapel. And thus, this biblical, charismatic church saw hundreds of thousands of lives changed in and through the Spirit’s ministry through Calvary Chapel.

*View all quotations in their full context here. 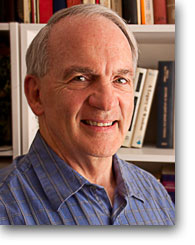