In Acts 2 we learn some very important things about Authentic Christianity and Authentic Church. On the Day of Pentecost, Peter proclaimed the Gospel (the record of what God has done for us in the sending of His Son). 3,000 men and women believed the Gospel! The moment they repented of their sin and believed the Gospel, they were transformed on every level. Repent = change of thinking. They changed they way they thought about Jesus. Only 50 days earlier they thought He was nobody, worthy of the utterly excruciating and utterly humiliating death of crucifixion.

But now they saw Jesus as the Son of God who was worthy of their trust, their love, their worship and their service because He loved them and died in their place for their sins and had risen from the grave, conquering death! There was another radical transformation that transpired. Prior to that moment, those 3,000 men and women were living in the sphere of sin and death. But the instant they believed the Gospel, they were placed into Jesus, and in Jesus, they experienced genuine life, joy and peace because Jesus is life, and Jesus is our peace.

Prior to that moment, those 3,000 men and women were wholeheartedly a part of this world that, since Genesis 3, has been organizing itself without God and against God. But the moment they believed with their heart on the Lord Jesus, they were taken out of that kingdom and placed into the Kingdom of God’s Son. The Bible calls that collection of people the Church. The Greek word is ekklesia, “those who are called out” — “called together.”

The ekklesia is a people who are no longer trying to organize themselves without God and against God.

It is a people being organized by God and for God, so that they might individually and collectively be the expression of the rule of God in a world that refuses to be ruled by Him.

By definition and essence there is a GREAT DIVISION between the ekklesia and the world! In Acts 4 the brand new, infant Church was beginning to experience the reality that they were living for Jesus, loving Jesus, worshipping Jesus and proclaiming the Gospel of Jesus in a broken world that is irrational and unreasonable in its rejection of Jesus and the Gospel. That irrational and unreasonable rejection of Jesus would ultimately be expressed in persecution against them.

“So they called them and charged them not to speak or teach at all in the name of Jesus. But Peter and John answered them, ‘Whether it is right in the sight of God to listen to you rather than to God, you must judge, for we cannot but speak of what we have seen and heard.’ And when they had further threatened them, they let them go…”(Acts 4:18-21).

In a short while, the threats would turn to violence and these men would be beaten.

“ ‘…We strictly charged you not to teach in this name, yet here you have filled Jerusalem with your teaching, and you intend to bring this man’s blood upon us.’ But Peter and the apostles answered, ‘We must obey God rather than men. The God of our fathers raised Jesus, whom you killed by hanging him on a tree. God exalted him at his right hand as Leader and Savior, to give repentance to Israel and forgiveness of sins. And we are witnesses to these things, and so is the Holy Spirit, whom God has given to those who obey him.’ When they heard this, they were enraged and wanted to kill them…And when they had called in the apostles, they beat them and charged them not to speak in the name of Jesus, and let them go” (Acts 5:28-40).

What did these first believers do when they were faced with rejection, persecution and were threatened with violence? How did they view themselves in relationship to the Church? What did the Church mean to them? What did the Church do when the unbelieving world wanted to exterminate them? These are huge and crucial questions for us because the great, overarching theme of the Book of Acts is summed up in a single word — “Authentic.”

In the remainder of this chapter, we have another benchmark for what is Authentic Christianity and Authentic Church. Here’s the “acid test.”

Let’s look at what Peter and John did when they were faced with rejection, persecution and were threatened with violence. We’ll see how they viewed themselves in relationship to the rest of the believers in Jerusalem (a.k.a. the Church). We’re going to see in this moment and in the writings of the New Testament what the Church meant to them. It is in that light alone that we can measure what is Authentic about our own lives.

Paul wrote to a local gathering of believers in Philippi, whom he loved dearly. In that letter he told them. “For it has been granted to you that for the sake of Christ you should not only believe in him but also suffer for his sake” (Philippians 1:29). Some years after the events of Acts 4, this same Peter would write to other Christians who were suffering because of their faith in Jesus:

“Blessed be the God and Father of our Lord Jesus Christ! According to his great mercy, he has caused us to be born again to a living hope through the resurrection of Jesus Christ from the dead, to an inheritance that is imperishable, undefiled, and unfading, kept in heaven for you, who by God’s power are being guarded through faith for a salvation ready to be revealed in the last time. In this (in your salvation) you rejoice, though now for a little while, if necessary, you have been grieved (thrown into sorrow) by various trials, so that the tested genuineness of your faith—more precious than gold that perishes though it is tested by fire—may be found to result in praise and glory and honor at the revelation of Jesus Christ. Though you have not seen him, you love him. Though you do not now see him, you believe in him and rejoice with joy that is inexpressible and filled with glory, obtaining the outcome of your faith, the salvation of your souls” (1 Peter 1:3-9).

“Be sober-minded; be watchful. Your adversary the devil prowls around like a roaring lion, seeking someone to devour. Resist him, firm in your faith, knowing that the same kinds of suffering are being experienced by your brotherhood throughout the world. And after you have suffered a little while, the God of all grace, who has called you to his eternal glory in Christ, will himself restore, confirm, strengthen, and establish you. To him be the dominion forever and ever. Amen” (1 Peter 5:8-11).

Words like “suffer,” “grief” and “trial” are not exactly the things sitting at the top of our MUST HAVE LIST! But Peter tells his readers that those are the very things that God uses to refine us and make us more like Jesus. Then — in the context of suffering, grief and trials — Peter calls the Authentic Christians to love one another. “Now that you have purified yourselves by obeying the truth so that you have sincere love for your brothers, love one another deeply, from the heart” (1 Peter 1:22). KJV = Love one another with a pure heart fervently.

Peter was simply writing down what he had always been living out! THIS IS HUGE — From the beginning of the Book of Acts, Peter understood that his life in Jesus was never intended to be, and in reality, never could be autonomous. How do we know this? Luke tells us about the very first thing they did after they were threatened. “When they were released, they went to their friends and reported what the chief priests and the elders had said to them” (Acts 4:23).

“Friends” is a very important word. ἴδιος one’s own: (1) belonging to a particular thing or person private, one’s own, in contrast to public property (κοινός common) or what belongs to another.

We believe in the VERBAL, PLENARY INSPIRATION of the Bible. All of it is inspired. Not just in thought or idea but the very words. The Holy Spirit inspired Luke to use this word in describing the people Peter and John were going to because He wants to impress upon us how Peter and John viewed the other believers in Jerusalem. KJV = They went to their own company.

Yes — they understood that Jesus was sending them, even as the Father sent Him.

Like Jesus, they were on mission in culture — to be used by Jesus in His work of seeking and saving the lost.

But they understood that they had a special relationship with a special people. They made their way to the other men and women that they belonged to in a special way! In a very unique and personal way, to the exclusion of the rest of the world, they belonged to those who had come to saving faith in Jesus, and who were now being organized by God and for God.

HUGE STUFF — This moment, along with the others like it in the Book of Acts and the writings of the New Testament, make it inescapably clear that Authentic Christians are not wired to live outside of the ekklesia (the people assembled by God in to this thing called the Church).

It is within the Church/ local church where the love of Jesus is expressed to the members of the Body of Christ.

“Not neglecting to meet together, as is the habit of some, but encouraging one another, and all the more as you see the Day drawing near”(Hebrews 10:25).

Do you see the Church — and in particular — the local church — as the people you belong to in a unique way — assembled by God to those ends? 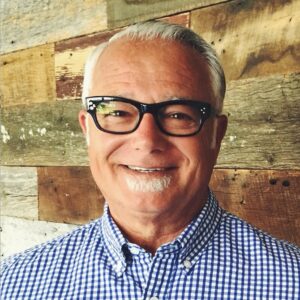