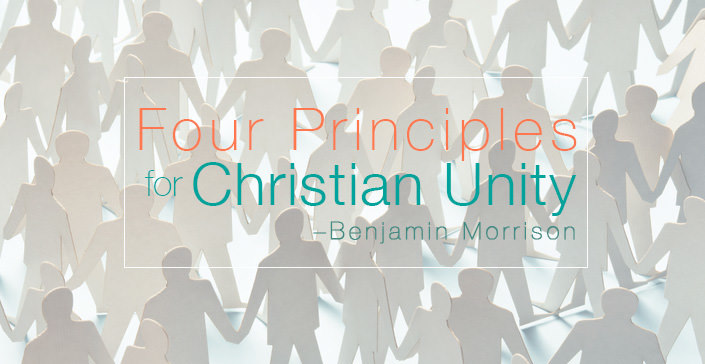 Sometimes it seems like Christians have a particular knack for looking down on and judging one another. Often this has to do with differences in personal convictions over grey areas. These are areas where Scripture does not give an unequivocal “thou shalt not…” or “do this…”, requiring Christians to work out a of wise approach to the matter at hand as they navigate the issue through life. In Romans 14:9-23, Paul deals with how to approach the question of convictions in amoral areas in a way that honors Christ and our brothers and sisters in the process.

“19 Therefore let us pursue the things which make for peace and the things by which one may edify another. 20 Do not destroy the work of God for the sake of food. All things indeedare pure, but it is evil for the man who eats with offense. 21 It is good neither to eat meat nor drink wine nor do anything by which your brother stumbles or is offended or is made weak. 22 Do you have faith? Have it to yourself before God. Happy is he who does not condemn himself in what he approves. 23 But he who doubts is condemned if he eats, because he does not eat from faith; for whatever is not from faith is sin.” (NKJV)

Be Careful How You Define Sin

“All things indeed are pure.” In other words, if the Bible doesn’t say something is sin, you must not universally define it as sin. If the Bible is silent on a particular issue, or gives freedom in an area, or doesn’t set forth a specific stance, then no Christian, no matter how insightful and spiritual they think they are, has the right to declare it as sin or universally unacceptable. There are plenty of things the Bible does say are sin (which you would think would keep us busy enough as it is). Interestingly, spiritual pride is near the top of the list. As soon as you take any of your own, personal convictions and try to force it on others or turn it in to a blanket rule for all Christians, or simply quietly look down on others who don’t share your conviction, you have effectively become a Pharisee. These areas of conviction include things like moderate alcohol use (as opposed to drunkenness, which is clearly prohibited in Scripture), birth control, watching Harry Potter, eating bacon, playing cards, listening to secular music, using electricity, and on the list goes.

“Whatever is not from faith is sin.” This means that if you are personally convinced God doesn’t want you to do something, even though the Bible is silent on it, then don’t do it! For you it would be sin! The reason it would be sin is not because the thing or action itself is wrong, but because, in as far as you are convinced, it would be disobedience to God, and that is sin. So stick to your convictions. Live by them if you believe God is leading you to. Just don’t force them on others because then you’ll have a much bigger problem than eating bacon or watching Harry Potter.

Serve Your Brother, Not Yourself

“It is good not to do anything by which your brother stumbles.” That is, if the option is between using your freedom to do what you want and serving your brother, we should always go with the latter. Always. We are given great freedom in Christ not so we can do whatever we want, but so that in surrendering it for others we may become more like Jesus. The Cross of Jesus proves without a doubt that serving others is more important than standing on your rights. Those who have freedom in an area should be mature enough not to force their freedom on one who has more sensitive convictions. But does that mean we have to stop drinking coffee, eating bacon, watching TV and using electricity just cause it might stumble someone, somewhere in some hypothetical situation?

Wield Your Freedom in Love

“Do you have faith? Have it to yourself before God.” To answer the previous question, no, to serve others with our freedom doesn’t mean that we become as strict in our convictions as they are. It does mean that we use our freedom with discretion and readiness to surrender it for others. The principle is not “if this might stumble someone, somewhere, I should never, ever do it.” Otherwise you’ll end up being a raw food vegan who doesn’t use electricity because “somewhere out there” is a vegan Amish person who might be stumbled by your freedom. But the thing is, love doesn’t exist in “theory”, only in practice. The principle Paul states here is this: “If my freedom in a given area does stumble the person I’m with right now, then in his presence I will refrain.” So enjoy the freedom God has given you, but use your freedom in places and ways it won’t stumble others. At the very least, you can enjoy your plate of bacon as you sit before God in solitude and thank Him for making pigs so delicious. Don’t worry, it won’t stumble Him. Understand, this principle does not mean we stop using freedom. But it does mean we surrender it at times for the good of those people we are actually serving and whom it would stumble at that moment.

If we as Christians would all apply these simple Scriptural principles, there would be a lot less petty fighting and contentions among the body of Christ.

One disclaimer should be mentioned at this point: if a person is attempting to set up their own, personal convictions as a law for all other believers, it really means they are trying to set themselves up as God, since He is the only One who has the right to establish commands for all Christians. In that case, what we should do? We should do what Jesus did: contradict and break pharisaic pseudo-laws boldly. And if they are contradicting the will of God through their man-made convictions, we should ignore them and even be willing to rebuke them. Jesus often practiced this when the Pharisees attempted to thwart the work and will of God with their extra-biblical convictions. Jesus’ response was to boldly contradict them and continue on with the work His Father was doing. He even seemed to take delight in pressing the buttons of religious Pharisees at times. After all, He could’ve avoided offending their sensitivities if He wanted to, but He didn’t. Perhaps this was to show those upon whom the Pharisees had laid their burdens that one can truly love God without all the extra baggage of man-made restrictions. 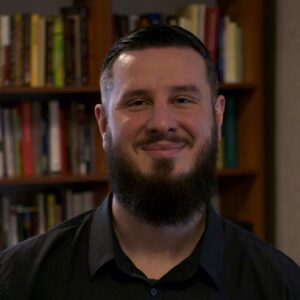