How Do You Handle Betrayal? 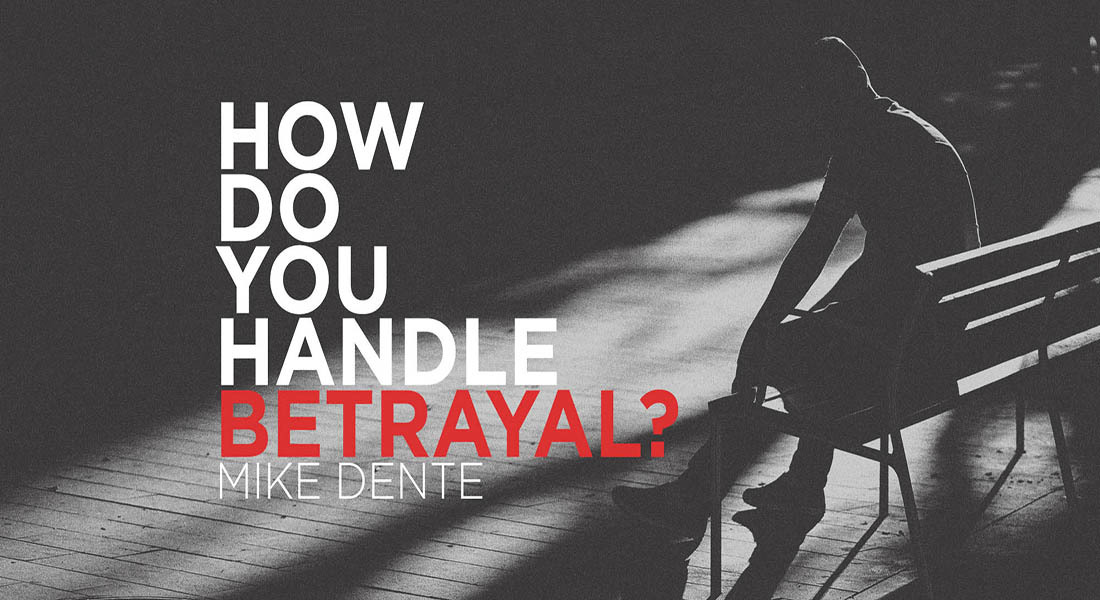 Betrayal is like a shadow and tense music in a horror film. It fills us with anxiety and clouds our lives with its presence. Sometimes it can be anticipated. There are signs that it’s about to ruin a friendship or work environment, but it’s not always detectable. Often the only warning may be a communication breakdown. We may reach out and hope for a positive response, but after some time, the email that we’ve been fearing darkens our inbox. We click on “open” and read… sure enough…betrayal.

This is one of the painful trials we endure as a believer, and honestly, as a human being.

The wound we feel is in direct proportion to the amount of trust and love we invested. When it hits us, we’re stunned. Not like a character from the 1960’s Star Trek series that passes out in slow motion, feeling no pain. Our emotions are writhing on the ground from a taser gun, pulsating an electric current of hot anger flowing through our soul. It’s messy business, but what happens next is not haphazard. We can seek the spiritual medicine that will make us whole or let the sickness take over.

We can’t stop betrayal from happening anymore than we can stop a storm. That is to stay, you can’t stop betrayal if you choose to love people and invest in them. It’s true we can choose to close our hearts. We can choose the cold position of authority or aloofness that protects the heart, but we will miss love. C.S. Lewis in his classic quote from the Four Loves says it this way:

“To love at all is to be vulnerable. Love anything and your heart will be wrung and possibly broken. If you want to make sure of keeping it intact you must give it to no one, not even an animal. Wrap it carefully round with hobbies and little luxuries; avoid all entanglements. Lock it up safe in the casket or coffin of your selfishness. But in that casket, safe, dark, motionless, airless, it will change. It will not be broken; it will become unbreakable, impenetrable, irredeemable.”

So if your heart has recently been broken, cry, get in a good workout, fix something around the house. It’s all good medicine. God created us as emotional beings, and too often, we react as if it were all in the head. We play it off as if we could intellectualize the pain away or invoke the right prayer that will short circuit the emotional side of His creation to bring us spiritual comfort. There is a time to lean into the pain and let yourself grieve. Didn’t Jesus weep? If you can, remember – you chose to love, and the betrayal you feel is part of the offended love you’ve invested. This isn’t a defeat, not when we consider Jesus.

On the night of His betrayal, before He sat down to eat with the friends that followed Him for years – He washed their feet. He washed Judas’ feet. Even the guy He called a demon, whom He knew would betray Him. He sat before him with a bowl and towel tied around His waist and rinsed each foot. With His hands Jesus rubbed off the caked on mud and dried them with the towel. Jesus made Judas feel at home and made it possible for him to eat with everyone, even the traitor.

That night while Jesus prayed in the Garden, He cried out from the bottom of His being.

His three friends were there. They slept while He prayed. There was no comfort from them, and they eventually all ran away. When the time came for Him to be arrested, He was shaking His disciples awake. That’s when it happened. Judas reached over and kissed his master. And then Jesus did something unthinkable. He called him friend.

My dark generation-X-side wants to see the irony. He was clearly sarcastic, right? No. This is Jesus not Stephen Colbert. I believe Jesus said what He meant. Judas was, or posed as, His friend. He was there to feed the thousands, go on the two by two mission, watch the miracles and camp in the desert at night. Even Psalm 41:9 would testify to the fact that Jesus considered Him a friend. “Even my close friend in whom I trusted, who ate my bread, has lifted his heel against me” (Psalm 41:9). It was a necessary part of His betrayal.

What did Jesus do? He went forward with the plan to die for the sins of the world. Jesus’ death brought reconciliation for all those who would believe. We are reconciled to God through Him.

Looking back to the Gospel is an even more powerful medicine.

It reminds us of who we are and what was accomplished for us. Jesus absorbed the sting of betrayal, and He would call us to lay our pain down at His feet. Then, two minutes later when we remember the pain and are given up again to it’s furor, come back to prayer. That removes the poison in the bitter tea of betrayal. That is the only hope we have to see the bitterness completely removed.

Eventually, we will also remember that we too are more guilty of the same sin than we may want to realize. It’s embarrassing to even write those words but quite a few times I’ve found myself in a tirade about what someone else has done and later found out that I was just as responsible. So the Lord had me seek reconciliation. That is when the deeper work was done in me. This is the healing medicine of sanctification, the Spirit working in me, giving me the desire and strength to make things right. Betrayal stings, but no one is completely innocent. Reconciliation heals, and it’s one of the blessings we can enjoy, thanks to what the Lord has already accomplished.