How to Defeat Four Giants of Terror

When was the last time you were overwhelmed? Last month? Last year? Earlier today? At this very moment?

I have been reading in 2 Samuel 21:15-22:7, and the idea of giants in our land. In these chapters, David is king of Israel. The chapters before held the story of the rebellion of a “worthless man,” a three-year famine, and at the beginning of the reading above, it says in the ESV that “David grew weary.”  I love the way the Bible very simply says it the way it is. It’s the difference between polish and truth, reality TV and reality, plastic perfection and downright honesty.

Just like us, David, man of God, was weary. In the midst of that weariness, he faces four literal giants. For the sake of our modern-day reading, each of them could be used as a picture of the things that overwhelm us.

1. Ishbi-Benob, the giant with the eight pound spear.

Ishbi-Benob setting out to literally kill David is like a picture of the things that are life-threatening. The sudden cancer, the health issues, the worries that steal our soul’s health and distract us from joy, are a picture of John 10:10, the thief came to steal, kill and destroy. As that verse also so beautifully reminds us, Jesus came that we might have life – and have it more abundantly!

2. Saph, the next giant, comes immediately on the heels of Ishbi-Benob.

Perhaps we can allow him to be a picture of the things that you can’t seem to defeat, the sins and problems that keep coming back. (Eavesdropping on ancient Israeli soldier: Another giant! Didn’t we just kill one last week?!?) Jesus talks about besetting sins in Matthew 18:7-9, and he simply tells us to be ruthless with the sins and distractions that keep coming back. His example is so clear that He even advises us to cut off the parts of our body that would cause us to sin! The moment we leave space for sin, it enters in with strength.

3. Goliath the Gittite is the third giant, carrying the shaft of his spear like a weaver’s beam.

To me, he represents the burdens that are heavy, the ones that threaten to carry you over the edge. To these giants, I borrow from 1 Peter 5:7 this very simple reminder: Cast your cares on Jesus. He cares for you.

4. The final giant is unnamed but well-described.

He has six fingers, six toes, 24 appendages in all. He stands and taunts Israel, mocking them. This final giant stands for all the things that are more than we can count, the obstacles that taunt us, claiming their success, power and authority in our lives. And against these things, Psalm 108:11-13 gives the beautifully simple prayer – grant us help against the foe. Vain is the salvation of man.

As David faced these giants, surrounded by the friends who went into battle with him, his response was simply to worship. 2 Samuel 22 is a song of his confidence in God.

To the things that were life-threatening, he said God was his fortress, rock, deliverer, shield, refuge, horn and stronghold (vs 2-3). Against the battles he couldn’t defeat, he called upon the Lord, who is worthy, and he was saved (vs 4). In the midst of the heavy burdens, where the waves of death encompassed him and the cords of Sheol ensnared him, he didn’t minimize the presence of the pain (vs 5-6). When the distresses felt like they were more than he could count, he simply called out to the Lord, with confidence that God heard his voice (vs 7).

Are there giants in the land? Of course. This is true in America and England, and every other place our lives carry us. But the giants are put in perspective by the great love of a great God. Romans 8:35-39 gives us a beautiful reminder that nothing will ever separate us from His love. May we rejoice in the truth of His love, today and forever. 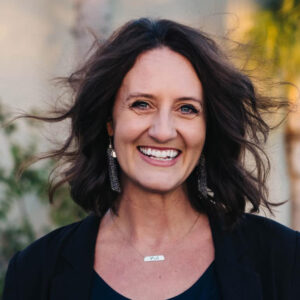