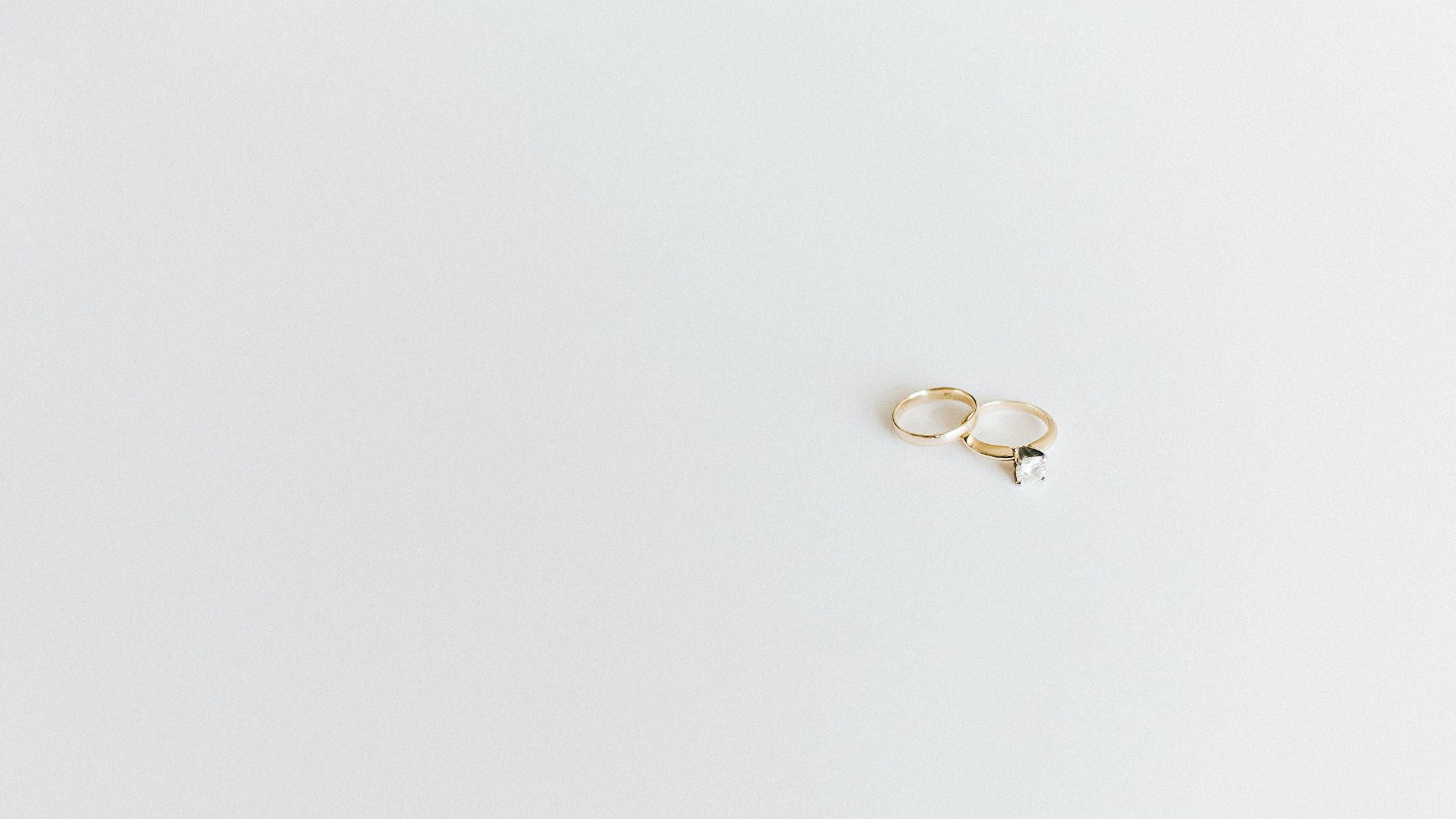 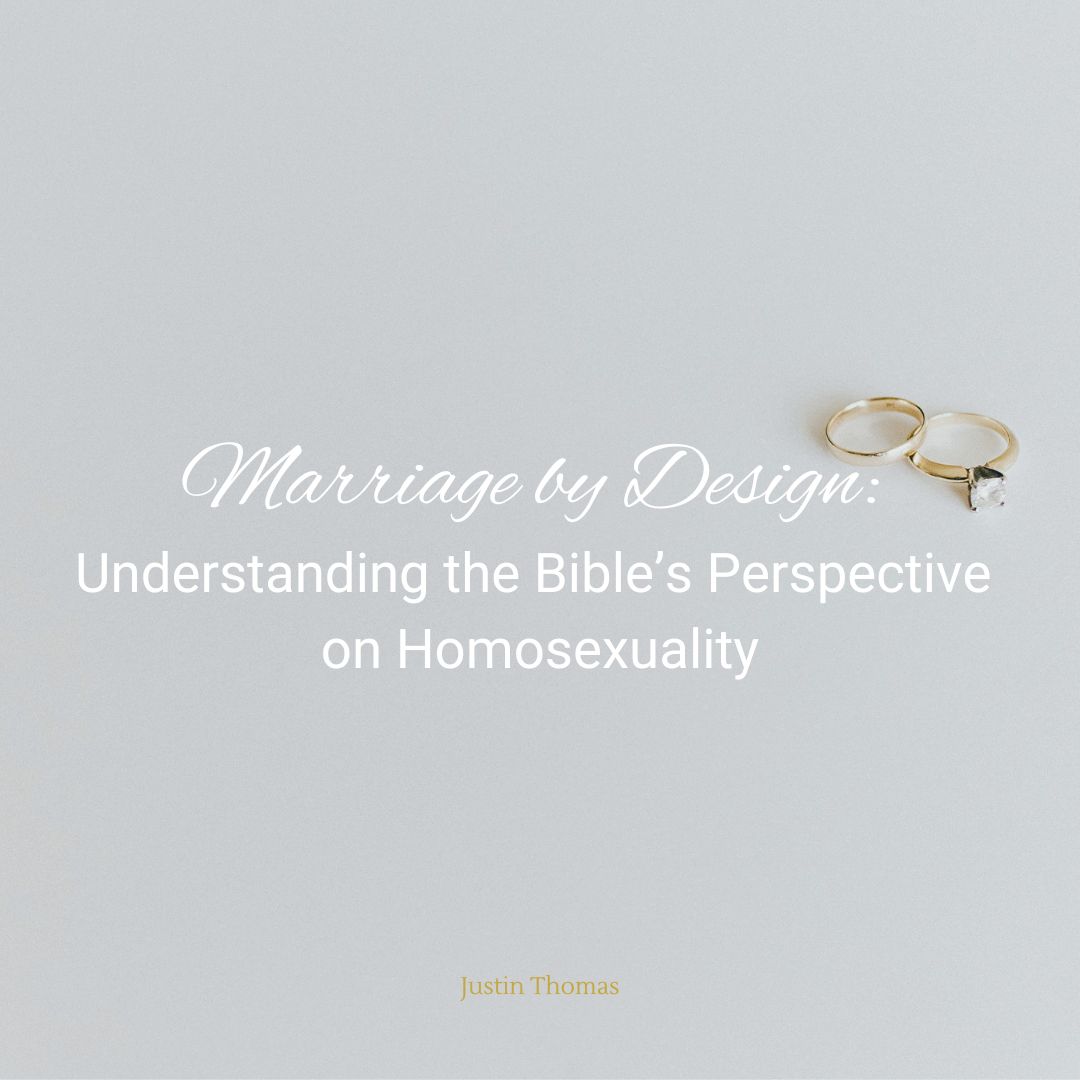 Issues related to homosexuality have become primary in the conversation and witness of the Christian church. Countless books, debates, and even denominational factions have sprung up within the church. To our non-Christian neighbors, our views on homosexuality are seen as both defining and damning. More importantly, how we understand these issues has a tremendous impact on our LGBT neighbors who we invite to follow Jesus as well as the same-sex attracted Christians in our midst. If we are burdening those who follow Jesus with unbearable commands that Jesus doesn’t require and stumbling those who would follow Jesus by condemning them to a life of loneliness, we find ourselves condemned along with the religious leaders of Jesus’ day. When we add to that the seriousness with which the Bible addresses sexual sin, and the fate of those who choose such sin over Jesus, the stakes are high indeed. The church must answer the question, How does the Bible view same-sex marriage?

How Does the Bible View Same-Sex Marriage?

Posing the question in these terms is essential for two reasons. First, it is the question that advocates of a so-called pro-gay theology are seeking to answer. They are not arguing for same-sex sexual activity being universally sanctioned, but that same-sex sexual activity is only permissible, and even blessable, within the loving, committed, exclusive, and permanent context of marriage, just as heterosexual sexual activity is. Second, all of Scripture’s prohibitions against sexual sin flow from the meaning and purpose of marriage. The moral logic that undergirds the entire Christian sexual ethic is built upon God’s good purpose for sexuality in the context of marriage.

It is often posited that Jesus never said anything about homosexuality. However, Jesus did speak about marriage, and both what he said and why he said it is significant to our question. In Matthew 19:1-12, Jesus is approached by a group of Pharisees who desire to trap him in his words publicly. Their question touches on what was a hot topic in that day: lawful grounds for divorce. Jesus provides the following answer:

Have you not read that he who created them from the beginning made them male and female, and said, ‘Therefore a man shall leave his father and his mother and hold fast to his wife, and the two shall become one flesh’? So they are no longer two but one flesh. What therefore God has joined together, let not man separate. (Matt. 19:4-6)

Of first importance is the way that Jesus answers the question. To begin with, he seeks to ground a biblical view of divorce in a biblical view of marriage. Before we can discuss what is allowed or prohibited, we must first answer What is marriage? Second, he grounds his view of marriage in the creation narrative of Genesis 1 & 2. It is in the creation narrative that we are given the design for male and female, as well as marriage and sexuality.[1]

The content of Jesus’ answer is also pertinent. He begins by referencing God as the creator of male and female, clearly alluding to Genesis 1:27. Second, he quotes from Genesis 2:24, which occurs directly after Eve is created for Adam and brought to him as helper and wife. More than that, he puts the words of Genesis 2:24 not merely in the mouth of the narrator or author of the book but in the mouth of God himself, the one he defines as “he who created them from the beginning and made them male and female.” For Jesus, the marriage of Adam and Eve is not just descriptive but paradigmatic, built upon a divine “therefore,” which discloses purpose and design. Also, for Jesus, the design of marriage is directly related to the creation and design for male and female. The complementarity of man and woman cannot be separated from God’s design for marriage.

What is it About Marriage That Requires Male-Female Complementarity?

The question that must be asked is, What is it about marriage that requires male-female complementarity? First, we must begin with our role as embodied image bearers. Genesis 1:27 makes a direct correlation between our creation in God’s image and our biology. We were created (physically) male and female (sexual parity) to image God (make his rule manifest on earth). Our bodies matter, and they shape our vocation and relationship with other humans as male and female. Just as we come into families as brothers or sisters, fathers or mothers, we come into marriages not as merely human spouses, but as husbands or wives.

Does this mean that marriage is not possible for two husbands or two wives? To answer this, we must look at what’s entailed in the idea of two becoming one flesh (Gen. 2:24). At a bare minimum, one-flesh union entails the union of bodies, and we find in male and female a biological complementarity which makes that union possible. However, one-flesh union is clearly much more than the sexual act that exists inside marriage; it describes the marriage itself. When God is answering the “not good” of Adam’s isolation in the garden (Gen. 2:18), he sets out to create a “suitable helper” (Gen. 2:18,20). The Hebrew word for suitable is a compound word combining the ideas of both alike and different: complementary. Adam needs not only a human as opposed to an animal, but he also needs a woman and not just another man. Although the creation of woman is much more than just the creation of a wife for Adam, that suitable/complementary aspect is a part of one-flesh union.[2] One flesh intimacy entails a growing interdependence on one another that stems from the differences between men and women.[3] The move towards one-flesh intimacy requires trusting someone to do what you cannot in the relationship, in order to collectively be what you could not on your own. The difference is design.

Procreation is also part of the purpose of marriage. With technological advancements, we have been allowed to separate marriage from the bearing of children in a way that was once impossible. However, procreation is clearly a part of God’s design for marriage, as the mechanism by which image bearers fulfill their call to be fruitful and multiply (Gen. 1:27-28). It is, in fact, unique as an expression of biological union, as the organs of two separate people come together for a shared biological purpose.[4] Just as men and women bring differences to marriage, they also bring differences to parenting, and are the first models and instructors of engendered relationships for their sons and daughters as embodied and engendered image bearers.

So, What’s Wrong with Same-Sex Marriage?

When we put all this together, we can see why Jesus connected the purpose of marriage to the one who created us male and female. Can two women have a loving, committed, exclusive, and permanent sexual relationship? Without a doubt. But that does not mean they have a marriage as Christianity understands it. Thus, their relationship still falls outside of God’s permissible and blessable design for sexual activity.

The prohibitions against homosexual activity flow from this understanding, emphasizing the creation language of male and female (Lev. 18:22) and God’s design in creation (Rom. 1:26-27).[5][6] Thus homosexual activity is prohibited just like all other unsanctioned sexual activity (fornication, adultery, polygamy) because it falls outside of God’s design which is only expressed within marriage. Therefore, the church must handle issues of homosexuality not as unique (whether uniquely permissible or uniquely sinful), but consistent with its sexual ethics as a whole. This means proclaiming and promoting God’s design with conviction not just of its truth but its goodness, inviting all who are sexually broken (like us) to find forgiveness and wholeness in Jesus, as well as providing grace, patience, and loving support to all who seek to follow Jesus in the ways of holiness.

Sprinkle, Preston M. People to Be Loved: Why Homosexuality Is Not Just an Issue. Grand Rapids: Zondervan, 2016. 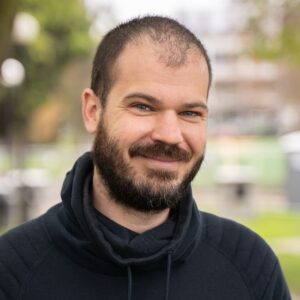