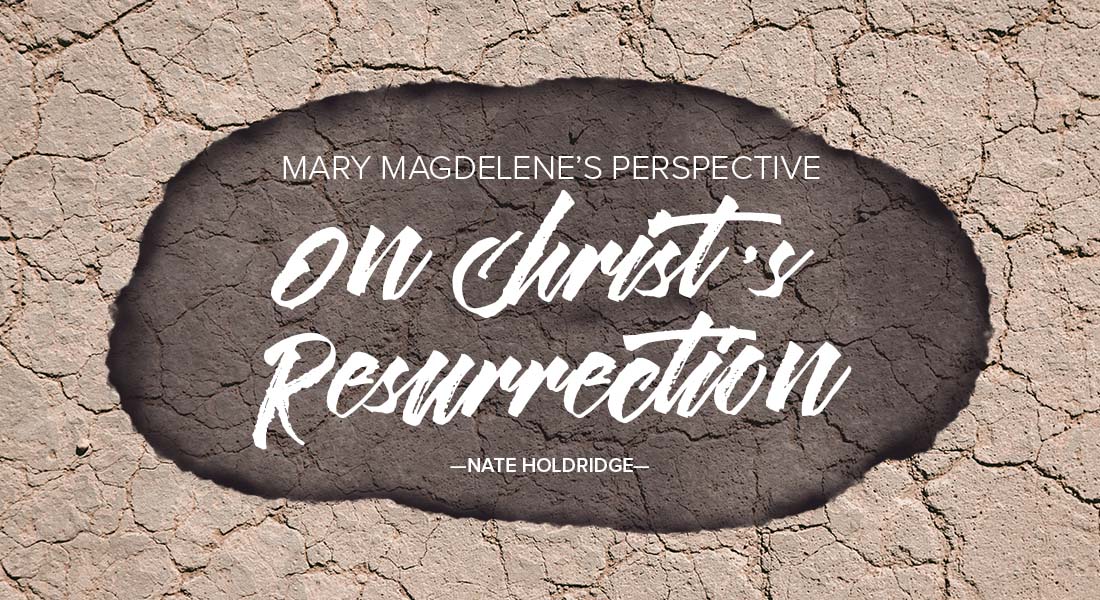 The agony of the moment was of the severest variety. I was in such torment. I’d been tormented by demons before, but this torment was different. It was the torment of love and devotion. He had meant so much to me, so much to many others. The lepers and paralytics and blind all came to him. The demon possessed too.

We all needed Him.

He healed and spoke and touched and cleansed. His work was beautiful to behold.

I was so convinced of Him and His work; I gave myself completely to it. Me, Joanna, the other Marys, all felt dutifully bound to get behind Jesus of Nazareth. Surely, He was the Messiah we were looking for. No one could do what He was doing. So we gave up our time and our treasure for His cause. Out of our wealth, we funded the enterprise. But then, in a snap, it was over.

Standing at His cross, I couldn’t believe what I saw.

Death. Pain. Hurt. The One who had removed despair from my life was now living out a worse pain than I’d ever faced. The Romans had killed Him. The Jewish religionists had delivered Him up. Was this actually happening?

The Sabbath was coming upon so quickly He couldn’t receive the full burial treatment. Hastily, we did what we could, but we would have to return. Sunday morning, first daylight after the Sabbath, we’d be back out to His tomb to complete the burial process. I’d have to gather some spices and fabrics, but we would get the job done. I didn’t know how I would do, looking into His face, but I had to.

In all of this I began to wonder, “What will I do now?”

What will become of my life? He set me free, but will I remain so? Am I destined to a future of struggle with the demonic realm? Who am I? What will I do with my life?

All my questions were answered early that Sunday morning. I was in a daze, a flurry of emotion, seeing that empty tomb. I assumed they had moved the body. He spoke with me, but I assumed He was the gardener. But then He said my name, “Mary!” No one said my name like that. It was Him! My Jesus! My Teacher! He was alive!

I knew then my victory over those demons was secure. I would live. I wouldn’t have to go back to that old and painful life. His resurrection secured that for me.

But then He began to tell me not to cling to Him. I had to go tell the disciples that He was alive. He said to tell them, “I am ascending to my Father and your Father, to my God and your God.” This was news. The Father ”His Father” had become our Father. His God had become our God. But how? How did this happen? I knew then but continued to learn later, that He had made this possible through that horrible cross I’d watched days earlier. It was there He had paved a way to the Father, a way to God, for us.

And the question of what I would do with my life from here on out was answered at this moment as well.

I had so enjoyed supporting Him and His work, but His ascension meant a deeper work could begin, something to get behind. His Spirit would reside within us. His power would be released upon us. And His mission was not merely the temporary healing of some paralysis or leprosy, but the permanent healing of the soul and spirit and body in His glorious forever kingdom. This was a mission I could throw myself behind, and I did.

That day made me new. That day was a day of joy. I thank Christ for the victory that is mine, the God that is mine, and the mission that is mine. All because He did what He did for me.

“The voice of my beloved! Behold, he comes, leaping over the mountains, bounding over the hills” (Song of Solomon 2:8). He said my name. His voice, beautiful and life-changing, and I will never be the same. 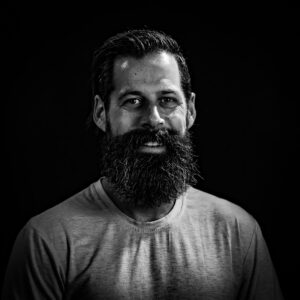