New Year Celebration – What Will You Give Him? 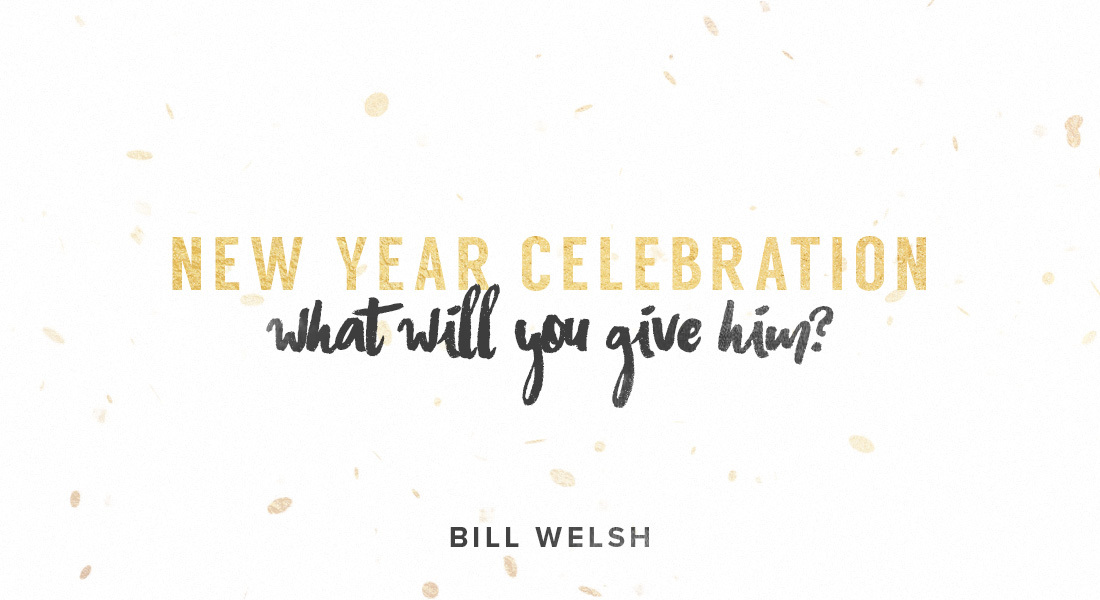 “And when they had come into the house, they saw the young Child with Mary His mother and fell down and worshiped Him” (Matthew 2:11).

The Magi did what they told Herod they’d come to do. They had not come to worship him, the old king. They had come to worship the “New King.” So when they saw Jesus, they fell down before Him in adoration. They worshiped Him as God and King.

Everyone knows about the gifts they brought, but before they presented gold, frankincense and myrrh, they gave something more meaningful, costly and significant. Honestly, any gift, offering or sacrifice which comes without this, is, to say the least, incomplete and perhaps unacceptable. What did they give first? THEMSELVES!

Perhaps you’ve heard someone say “Christianity isn’t about religion; it’s about relationship.” What’s the difference? Religion can be defined in terms of ritual, ceremony, schedules, symbols and liturgies filled with memorized prayers. But our hearts long for far more. We were created to truly know God as Father, Savior and Friend, and all of that begins with relationship the moment we present ourselves to God.

Oh, easier to toss a coin in an offering box, recite “Our Father” and kneel-sit-stand at just the right time. Too many settle for that ritual. But others won’t be satisfied with anything short of the personal surrender of themselves as a “living sacrifice” to God (Romans 12:1). It’s far more costly than a bag of gold, but that’s where life with God begins.

King David refused to present an offering to God that costed him nothing (2 Samuel 24:24).

God receives the surrender of our will, heart, hopes, like the true treasure it is. It is the very treasure Jesus came searching for.

What will you give Jesus? Start by giving Him YOU.