Relevance, Methods, and the Gospel When I am forced to think about the idea of relevance, I always find my mind drawn back to one pivotal passage in Paul’s first letter to the Corinthians. Paul has a bunch of problems to address with this church, but first, he takes time in his letter to remind them of an important foundational fact. He wants them to remember the way he brought the message of Christ to their city, and the way he carried on his ministry as the church was being formed.

The passage begins in chapter one verse 17 and stretches to the end of chapter two. You might say that the “beating heart” of the passage is in chapter 2:1-5. You could trace Paul’s argument this way:

What strikes me here is that Paul is markedly unconcerned about the relevance of his message, the power of what he brings to their city, and their need for what he proclaims. He simply assumes all these things. In fact, he was so confident of the power of God in the gospel that his number one concern is that they don’t miss the awesome power available to them in favor of a lesser, cheaper power. As he moved through Corinth preaching, he was continually amazed by their susceptibility to be moved and wowed by what humans can produce. There’s every reason to think that they specifically loved certain kinds of speaking styles and the charismatic personalities that could hold crowds spellbound with their oration. If you wanted a hearing in Corinth, you had to be a great speaker—that’s what was hot. That’s who had the crowds and held the sway.

Now, the apostle had every good reason to want crowds. As a preacher of the gospel, he wanted more people saved, not less; he wanted as many people as possible to come to know Christ. But according to this passage in 1 Corinthians, Paul understood that the best way to reach as many people as possible with the power of God in the gospel was not to access the same avenues of crowd-gathering that were already working in Corinth. There was something unique about his message which simply could not be spread that way.

What was the issue for Paul? It was this: the nature of how God had chosen to reveal his love, pay for sin, and redeem the world is so contrary to the way humans normally think, that it strikes them as stupid, or even offensive (1:23). It tends to drive away, on the first blush, those who have succeeded in gaining this world’s currencies (wealth, power, beauty) for their own use (1:26). In that way, it subverts and defies the reigning culture wherever and whenever it is accepted (1:27-28). So, while God cares for the beautiful and powerful, he didn’t choose to save them through the power of what they love. That is, he didn’t honor their attempts to overcome the curse of Genesis 3 (through their own ability to feign unblemished immortal sovereignty) by sending a man dealing in the same currencies. Jesus wasn’t wealthy, beautiful or powerful by the standards of his day. If he had come that way it would have simply ratified humanity’s quest to avoid God’s verdict on sin, and justified their self-glorification forever. God wouldn’t have it (1:29).

But it wasn’t simply that God wouldn’t allow these fallen, selfish humans to succeed in eternal self-glorification, it was that to do so would have been unloving for him. It would have been to allow humans to settle for a small and weak counterfeit to true power, wealth and beauty. Because even at its smallest, weakest, and poorest, God’s power surpasses human power, God’s beauty surpasses human beauty.

And we weren’t made to bear our own image, or our own glory, but his. Anything less is degrading to men and women. God is too loving to let us settle for that. So he sent his Son, who came among us a decidedly un-enticing choice for any who had bought into thinking so prevalent in Paul’s Corinth. Normal looks. Normal job. Normal out-of-the-way small town part of the world. Nothing special. And then he died in a way that any self-respecting Roman citizen wouldn’t have had admiration for. The whole thing is just an embarrassing mess.

All of this means that when Paul had to go to Corinth to preach this message, he knew that he faced an uphill battle. But he wasn’t worried; He knew that all this apparent weakness was stronger than the strongest thing anyone in the city can put together—because it was truly God’s way of working in the world. He knew that the power to draw crowds and impress people in the one way they expected to be impressed is too small for what he brought.

And more importantly, he knew that to operate according to Corinthian rules wouldn’t just be to settle for something smaller than what God wants; it would actually have been much worse. There’s an even greater danger—if Paul were to used these methods, he says, he would empty the Gospel of its power. You’d have nothing left. It’s right there in 1 Corinthians 1:17 and 2:1-5. Evidently (and this is so key for those of us wondering about relevance today) the very methods used by the non-believers in Corinth to promote their messages were so antithetical to the nature of the message of the weakness of the crucified Messiah, that to use them would have been to alter the content of Paul’s message. The thing God was trying to get across to us in the life and death and resurrection of Christ would not have come through the medium of the Corinthian way unscathed.

To be right up front: “to glam-up” the crucified Jesus, so that he could be presented in an attractive way to attractive people, would have been to present something other than what was actually presented to us that Friday on the cross.

This is why talk of relevance makes me think of 1 Corinthians. In this letter we have a stark warning we simply can’t ignore if we want to minster in “the Spirit and power” Paul spoke of. We can’t assume that because we have good motives, any method will suffice to serve our purpose. Furthermore, it is not enough to have good motives and trust those to purify our methods. Instead, it is imperative that we who seek to spread the message of Christ examine our methods in light of the scriptures. Sustained reflection on God’s methods in the incarnation and subsequent apostolic preaching of Christ is necessary if we want to avoid making our message powerless.

There’s one more especially pointed application, and it should most acutely search those of us who have the interest and ability in doing the very things Christians often call “relevant.” These are the things which our culture is particularly good at and finds particularly attractive. In the church world this (obviously) applies to the way we use music and stage shows in church, the way pastors speak, the way they present themselves in front of the church, and how they portray themselves with social media. These things, done in certain “culturally relevant” ways, are the quickest avenues to gaining large audiences and respect in our culture. Moving music, visually engaging stage presentations, photographic or cinematic beauty spread through social media are exactly how entertainers and communicators of all messages access people in our modern western culture. If they’re good, they work, it’s that simple.

The key application from 1 Corinthians is to realize that good motives don’t automatically purify these methods. And the very methods that are inherently powerful for a culture are the methods we should be most suspicious of. It is not that we can know right off the bat that we shouldn’t use them, but based on Paul’s inspired thinking, they are the methods we should be slowest to adopt, and use most sparingly, and probably avoid altogether. Because when they “work” (crowds are drawn, people are moved) we have the most to be doubtful of. Could we have plugged any words into that song and still brought people to tears? Could this movie or light show or speech transmit gospel-less content and still bring people back next week? How can we know?

More importantly, we must ask ourselves in these situations, with all this cultural relevance, were people able to really grasp the heart of the message of a messiah crucified in shameful weakness? Did they sense how offensive God’s method of saving us is to our pride? Did they sense the part Paul calls foolishness? 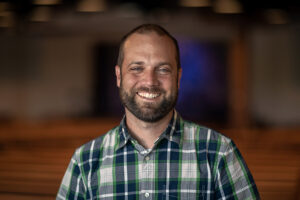