The Adventure of Advent: Day 19 – The Threshold of Great Hope 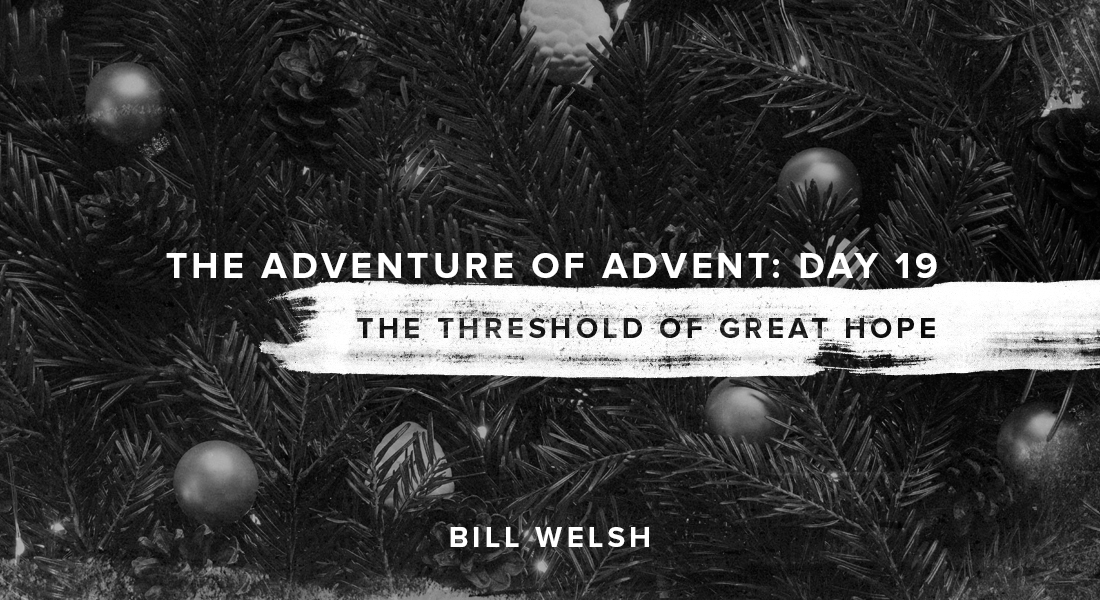 “For unto us a Child is born, unto us a Son is given; and the government shall be upon His shoulder. And His name shall be called, Wonderful, Counselor, Mighty God, everlasting Father, Prince of Peace. And of the increase of His government and peace there will be no end” (Isaiah 9:6-7).

This Child would change everything. His purpose was set from eternity. He was the One, not only the Jews were looking, longing and praying for, but also the “superhero” the whole world was looking for. History tells us that other civilizations and people groups believed a savior was coming from above. Honestly, the people of the world have always known that “we need help” from above or beyond. Various cultures look for shamans, lamas, imams, gurus, gods and “spirits in the sky” to come and fix this mess we’ve made.

So it was in those difficult days of King Herod and Caesar Augustus (his name meaning “majestic,” “venerable,” “the great one”) that God slipped into the world past the “deity detector” of all who were waiting for their version of the “deliverer.” “A Child was born, a Son given,” a wonderful, wise, mighty, eternal provider of peace who would establish an eternal kingdom.

All of this was about to begin around 5 B.C. as the Son of God moved in among us, and we stepped over the threshold from hopelessness into hope. Thirty years later, He would begin teaching, preaching, healing and gathering a band of disciples. Three and half years after that, He would die for the sins of the world, opening wide the gate of heaven to all who would believe in Him and enter this kingdom that will never end.

And all of that would be wrapped in swaddling clothes.