The Adventure of Advent: Day 31 – A Dangerous Assumption 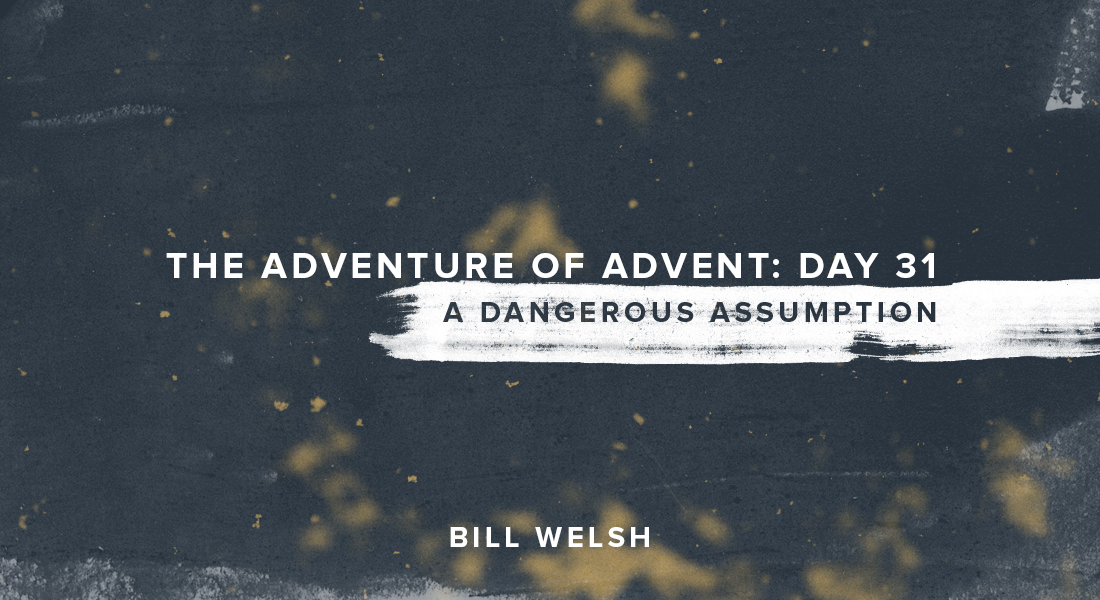 “After Jesus was born in Bethlehem in Judea in the days of Herod the king, behold, wise men from the East came to Jerusalem, saying, ‘Where is who has been born King of the Jews? For we have seen His star in the East and have come to worship Him.’ When Herod the king heard this, he was troubled, and all Jerusalem with him” (Matthew 2:1-3).

This part of Advent is R-rated. Read on to see the tragedy brought on in Bethlehem and her surrounding villages by the jealous, insecure, dangerous Herod. Once he determined where and when this new (and true) King of the Jews had been born, he set out to destroy Him. History confirms this was the way Herod dealt with threats to his throne, even from within his own family.

So when these Magi entered Israel, they assumed they’d find the next King in the house of the current king, Herod, in Jerusalem, of course. Their assumption proved disastrous.

Verses 17-18 tell us the massacre actually fulfilled what the prophet said in Jeremiah 31:15 regarding Rachel weeping over lost children.

The only redemptive reason I see for this tragedy is to provide realistic insight into the brutality of the world Jesus came to save. A world where the most vulnerable were victims to the evil works of Satan, whom Jesus had come to defeat as well.

God foretold this sad scene, because God foresaw it. But God didn’t manipulate this tragic crime against babies and little boys. NEVER blame God for the evil that men do. If only the Magi had waited! Because this star wasn’t done. It appeared again, leading the Wise Men directly to the place where the Child was. O, may we learn to wait on the Lord!