The Viking Age and the Cross of Christ 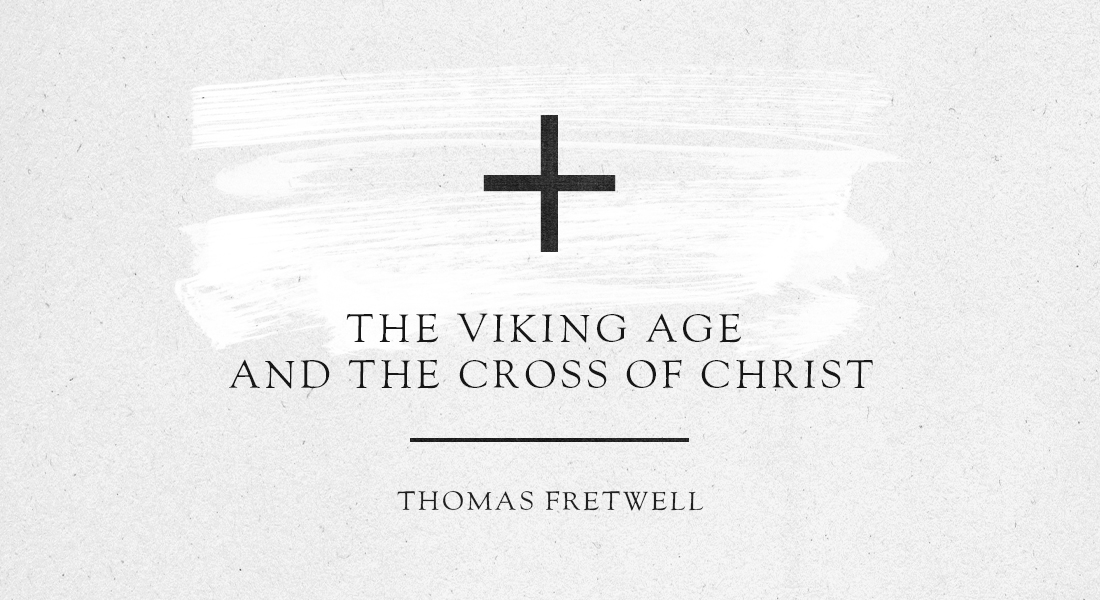 The Vikings have long held a place in the popular imagination as fearsome warriors from the sea who raided and pillaged their way across the coastlands of England and Europe. Their story has been told and re-told through the centuries. Norse mythology has permeated popular culture through TV shows like the History Channel’s Vikings, which follows the exploits of Ragnar Lothbrok and his brother the great Viking warrior Rollo. The Viking gods Thor, Loki and the “All Father” Odin have become household names through the popularity of the Marvel movie franchise. Locations like Asgard – the land of the gods connected to the other realms by the Bifrost bridge. The halls of Valhalla, the Valkyrie’s and the serpent of Midgard have been re-imagined for a new generation through these movies.

In fact, everyone who has used Bluetooth technology is familiar with the name of a Viking King. Harald Bluetooth ruled Denmark in the 10th Century and is notable for his success in uniting Denmark under a single ruler and extending Danish rule to Norway. This unifying legacy is remembered today in the wireless technology that connects electronic devices. The Swedish communications company that invented the technology, Ericsson, took the runic alphabet initials of Harald Bluetooth, and used it as the logo that is now universally recognised as “Bluetooth.”

Yet as fascinating as these images of the Viking world are, they represent only half the story. What often gets left out is the question of what happened to the Vikings. The answer is that within two centuries of the first Viking raiding ships, landing on the English coast – the Kingdoms of the Northmen had exchanged the Hammer of Thor for the Cross of Christ. Today the flags of Norway, Sweden, Denmark, Finland and Iceland are perhaps the most overtly Christian flags in existence, all displaying the Nordic Cross.

The Raid on Lindisfarne

The monastery on the Holy Island of Lindisfarne served as the central Hub of Anglo-Saxon Christianity in the 8th century. Located just off the coast of the Kingdom of Northumbria in northern England. It was at this monastery that the beautiful Lindisfarne Gospels1 were produced and the revered saint Cuthbert had been Bishop (AD 687). On the 8th of June in the year 793 the monastery at Lindisfarne was devastated by raiding Vikings from the North. The Anglo-Saxon Chronicle records that “the ravages of heathen men miserably destroyed God’s church in Lindisfarne, with plunder and slaughter.”2 Another chronicler and contemporary, the churchman and scholar Alcuin, records his shock at the slaughter and attributes the pagan attack as recompense for the sins of the nation. He details the attack in a letter to Ethelred, King of Northumbria:

“Never before has such a terror appeared in Britain as we have now suffered from a pagan race, nor was it thought that such an inroad from sea could be made. Behold, the church of St. Cuthbert spattered with blood of the priests of God, despoiled of all its ornaments; a place more venerable than all in Britain is given as a prey to pagan peoples.”3

The frequency of raids escalated across the British Isles. Monasteries and churches were often the targets which meant that the focus of the attack was interpreted as being against Christianity itself. As the Vikings found new areas to raid such as Ireland and the northern parts of the Frankish Empire (France) Britain was offered respite from attacks. However, these attacks had signalled that the age of the Vikings had truly begun.

During the mid-9th century, Vikings continued to target Britain. At times, the Anglo-Saxon armies were able to fend off the Vikings. The Kingdom of Wessex put up the best defence and managed to push back the attackers. Major cities like London and Canterbury suffered devastating attacks. Around this time the Vikings changed their interests from raiding to settlement and they succeeded in gaining large patches of land for settlement purposes. In 866 the Anglo-Saxon Chronicle records the arrival of a massive fleet in East Anglia, described as “the Great Heathen Army” in the Chronicle. Tradition records that this army was led by Ivar the Boneless and Halfdan, the sons of Ragnar Lothbrok. In 867 this massive army of Vikings marched north to the kingdom of Northumbria and took control of York the capital city. A 13th-century chronicler records, “Then these most abominable victors, the Danes, ravaged the whole province of Northumbria as far as the mouth of the Tyne.”4 York would become a stronghold for Viking rule until the defeat of Erik Bloodaxe in 954. The Vikings were successful in conquering almost all the Anglo-Saxon Kingdoms of England at this time. The only kingdom to resist Viking conquest was the kingdom of Wessex, due to the leadership of King Alfred the Great.

In the year 878, under the leadership of the Viking ruler “Guthram the Old,” the great heathen army attacked Wessex. They were almost victorious, forcing King Alfred to escape into the nearby marshlands for safety. However, Alfred was not beaten, he led a courageous fight back at the Battle of Edington where the Anglo-Saxon army was victorious over the army of Guthram. One account details the following:

“Fighting ferociously, forming a dense shield-wall against the whole army of the Pagans, and striving long and bravely…at last he [Alfred] gained the victory. He overthrew the Pagans with great slaughter, and smiting the fugitives, he pursued them as far as the fortress.”5

The victory led to a peace treaty between Wessex and the Vikings which required Guthram to leave Wessex and return to East Anglia. The east and north of England remained under Viking rule and was referred to as the “Danelaw.” It would fall to Alfred’s son Edward the Elder (899-924) assisted by his sister Aethelflaed, the “lady of the Mercians” to conquer the midlands and East Anglia from Viking rule and bring them under the control of Wessex. This “combination of the old kingdoms of the West Saxons and Mercians created a newly styled ‘Kingdom of the Anglo-Saxons’ and eventually a united England. Both would be Christian.”6

One of the surprising results of the battle of Edington was that the Viking ruler Guthram agreed to convert to Christianity. King Alfred acted as his sponsor and he was baptised and took on the Christian name Athelstan. This was the first time a Viking ruler had converted to Christianity in Britain and signalled a change that would grow rapidly in the coming years. To speak of “Christian Vikings” would soon become commonplace.