The World We Impart: Fostering Racial Reconciliation in Our Churches 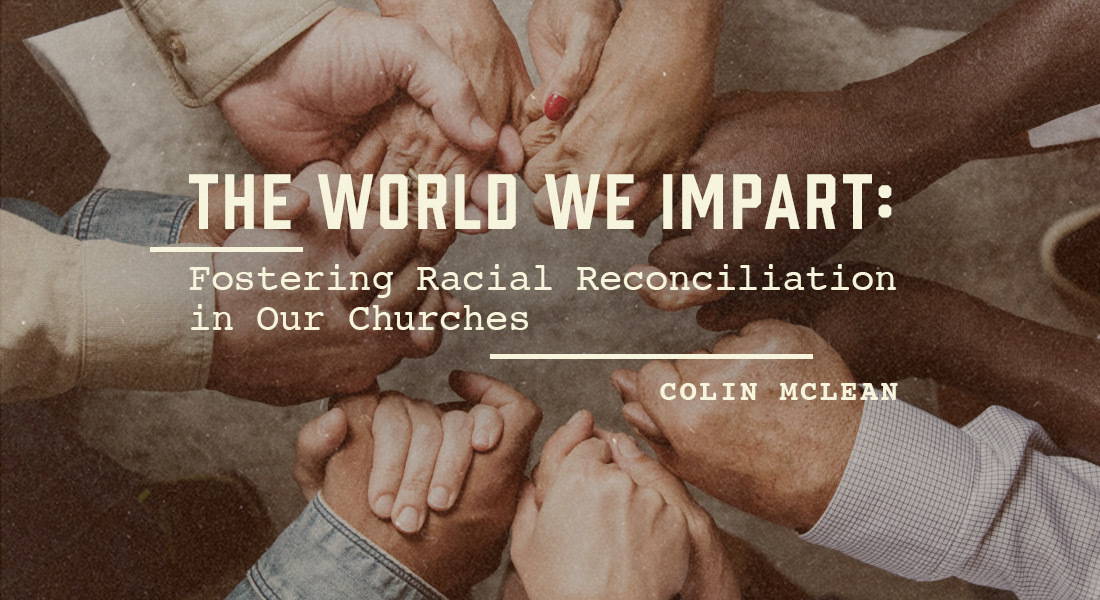 He doesn’t yet realize color. He’s not yet saddled with the weighty history of race in this country. He is blissfully unaware as he plays with his best friend, who is also four years old and who also happens to be white.

I pray for this little guy often. I particularly pray that, like the prophet Samuel, he hears and responds to the voice of the Lord while still young. That is my earnest hope for him; but these days, I am also asking the Lord to protect him from skewed perceptions by others that could ultimately hurt him.

My fear for him mirrors my own and is compounded as I watch the recent news reports.

We now look to the legal system “hoping” that a dispassionate review of the criminal cases will render fair verdicts. But for many of us, even a “correct” verdict may do little to disquiet the growing fear gripping many black men in this country.

Prejudices and racism are stains of a world rocked by sin. Paul tells the Galatians that the acts of the flesh are obvious and include hatred, dissensions, and factions (Galatians 5:19–20). For me, the solution can only start and end with the liberating promise of the Gospel. The spotlight of divine truth needs to shine on all areas of our society, especially where atrocities occur. But is the church failing in this area?

When I speak of the church, in this case, I’m narrowly defining it as the dominant Anglo-Saxon evangelical movement.

I’ve been part of this tribe for more than 30 years. I love these people. I am deeply indebted to the many who have invested in me and grateful for how, collectively, the church has faithfully served the kingdom. Therefore it is with love that I call upon leaders within the evangelical world to speak honestly and openly about these atrocities. Facebook, Instagram, and Twitter are all important vehicles, but pastors shouldn’t neglect to address these travesties from the pulpit.

Pastor and leaders, it is from your platform that many will hear your passion about the issues. How you biblically frame God’s heart for injustice will be a powerful lesson for those you shepherd (Malachi 2:6, NKJV). But even as you do so, may you be sure that your house is in order.

“For it is time for judgment to begin at the household of God; and if it begins with us, what will be the outcome for those who do not obey the gospel of God?” (1 Peter 4:17, ESV).

I believe this verse truly applies and that it’s time to ask some hard questions. Are we doing all we can as churches to foster racial reconciliation in our own institutions? My intention is not to place blame, but my sincere belief is that if we get the issue of race right, the church can and will set an example for our society.

With this in mind, I want to suggest some action points.

Encourage diversity in all aspects of ministry. From the board of elders to the worship teams, the pastoral staff to ministers working with kids and youth, diversity should be one of the hallmarks as church leaders prayerfully install people into ministry positions. A diverse background brings different perspectives and a greater ability to learn from others.

Pay particular attention to assemble a diverse leadership team. Those men and women whom God has called to steer the church all bring their unique life experiences to the table. The cultural cacophony that results could be challenging, but the result will likely yield a rich tapestry that will only benefit any church seeking to reflect the community around it.

Look for opportunities to incorporate cultural variety into services and programs. Whether it’s bilingual worship songs, cultural observances, ethnically diverse speakers, or accommodating language differences, these all go a long way to signal to the minorities in your church that they are valued and welcomed. Tolerance and understanding will then have the opportunity to take root as we serve alongside each other in the house of God.

To go the next step means engaging minorities in your churches about their life experiences. This best comes after a time of getting to know them, even just a little. Here is a little secret about black people—we talk about race to each other all the time. And if approached in a spirit of sincere curiosity, most people of color would gladly share their personal stories. Create opportunities for meaningful connections with minorities, and when appropriate, ask the hard questions to gain a better understanding of the things that have shaped their lives. Ask away, but also remember the importance of listening with openness.

Once in a while, someone will say to me that the white evangelical movement is without cultural definition. That may be a sincere belief by some, but for others, the dominant church culture is itself a culture, and for many minorities, it’s a culture they’re often not used to. In tone and style, there are variations between churches, but the Anglo-American Protestant movement brings with it some of the same cultural expressions and predilections seen in wider society. Knowing and understanding that is important and necessary if we are to navigate the challenges of integration.

None of the above happens accidentally. In fact, none of it will happen if you are not intentional in orchestrating it. For the most part, our natural tendency is to be surrounded by people with whom we culturally identify. Seeking to diversify services, programs, and staff goes against the grain for many of us, so it’s important to recognize our default tendencies and push for ethnic and cultural inclusion.

Of course, none of this works if there is not an underpinning of sincerity. There is a saying, “people can smell a fake a mile away.” It can also be true with a church’s push for inclusion. It can be perceived as just lip service if not birthed from an earnest desire for true integration. Talking about it with no resulting action can be harmful and will leave many minorities in your congregation questioning if you care.

Minorities Must Play Their Part

Coming to grips cross-culturally is not just the responsibility of the white church. Minorities within these communities must also realize they have an important role to play on the road to racial harmony. They must be willing to engage and overcome any internal fears or prejudices that may be holding them back. They must also find constructive ways to channel and voice concerns to their peer groups and church leadership. It will take discernment to know what to accept and a reliance on the Spirit to be able to forgive as needed. We must be patient, knowing that the process of reconciliation is more like a marathon than a sprint. It will not go smoothly at times, but with the best of efforts and intentions and the willingness to be led by the Spirit, unity is achievable.

I’m realistic enough to know that on this side of heaven, the thorny issue of race will never really go away. But I’m encouraged by the Bible and the call for the church to walk together in unity and love. If we get it right, wouldn’t it be a model to a hurting world? What would it look like if we saw each other as image-bearers of God?

Jesus said, “By this all will know that you are My disciples, if you have love for one another” (John 13:35 NKJV). The love of Jesus, working in and through the church and demonstrated to the world, is our only hope. Proclaiming unity through Christ is the only solution that can stop what has been a spate of racially-charged deaths and accusations.

“After these things I looked, and behold, a great multitude which no one could number, of all nations, tribes, peoples, and tongues, standing before the throne and before the Lamb, clothed with white robes, with palm branches in their hands.”

Revelation 7:9 paints a beautiful picture of the harmonious diversity that will only be seen in heaven. But let us strive, here and now, to replicate that imagery in our churches. In doing so, we will set a higher standard for our communities and the nation. 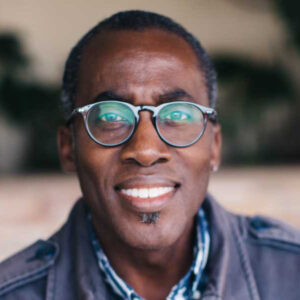