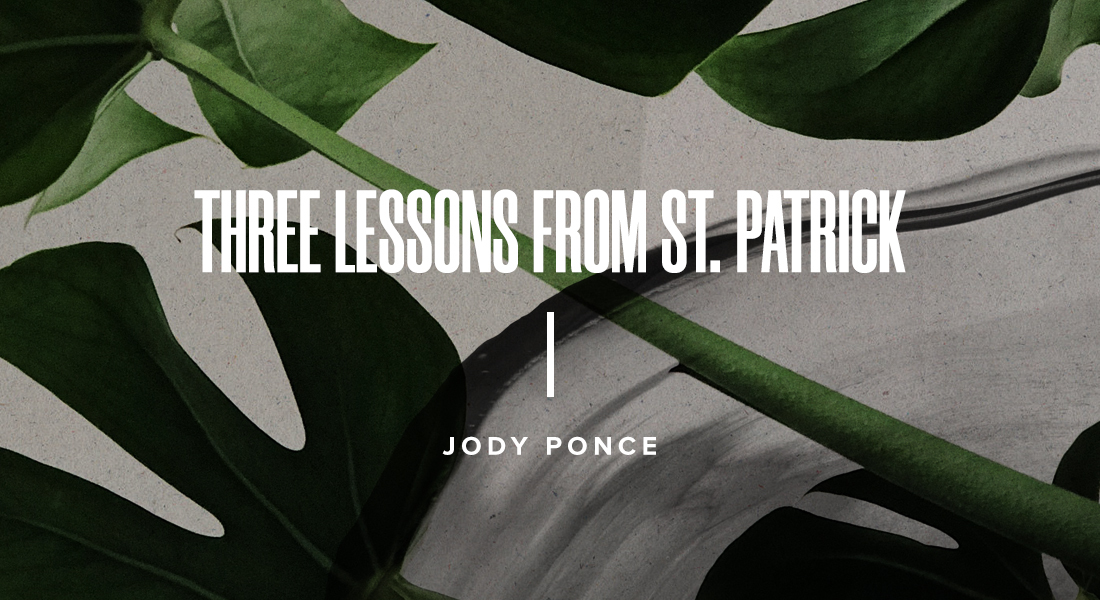 St. Patrick’s Day is approaching, and Ireland is ramping up preparations for a colossal national celebration. There’s the quintessential St. Patrick’s Day parade, street parties and festivals around the country, and of course, the pubs of the nation are stocking up for a busy and boozy weekend. How did we get here? Many of these celebrations are a far cry from the man who devoted his whole life to bring the Gospel to the people of Ireland.

Let’s take a moment to have a look at the real life Patrick and learn some lessons from this faithful man of God. This article will focus on three important lessons we can learn from the life of Patrick.

Patrick was raised in England, the son of a Deacon. At the young age of sixteen, he was captured by a raiding party and taken to Ireland as a slave; there, he was forced to be a shepherd tending sheep outside in the cold, in almost total isolation for six long years.

There are a number of biblical parallels that are evident here. We think of Joseph who was also sold into slavery as a young man and also of David who spent many years in the isolated life of a shepherd as a young man.

The common denominator between all these stories is the sovereignty of God.

Patrick spent these years, in close communion and prayer with God. Although they were hard, lonely years, they were by no means wasted. It was during this period of time that God prepared Patrick for the work he would one day engage in, in bringing the Gospel of Jesus Christ to Ireland. Indeed, the very island that had taken his freedom and kept him as a slave, would one day be set free by the message of the gospel of Jesus Christ, brought faithfully by Patrick himself.

Just as God used the difficult, seemingly hopeless periods of Joseph and King David’s life to prepare them for the work he had prepared for them to do, so too with Patrick, and so too with you!

Maybe you feel like you are living through a very isolated season; perhaps you feel as if no one sees you; maybe you feel hopelessly bound up in the situation you are living through. Let me encourage you; God sees you. He is faithful and He works everything for our good. Even this situation can be redeemed and used by God in beautiful ways you cannot yet comprehend. One of the common factors in the lives of David, Joseph and Patrick, was that during the difficult periods of their lives, they put their trust fully in God and did not give way to the fear that He had given up on them. Run to Him for help; He will prove Himself faithful in your life.

2. God is present in our isolation.

When Patrick lived in the damp, cold, miserable fields of County Antrim, totally alone, a slave, taken from his family and all he held dear, he could so easily have turned away from God, thinking himself abandoned by his Savior. But instead, he ran to Christ for comfort, guidance and protection during his time of slavery. He became so well acquainted with his Savior during this time, that instead of hating the people who kept him captive, the love of God was shed abroad in his heart for them. He saw how lost they were in their pagan religions, and he longed to bring the Gospel to them.

God was present and working during Patrick’s period of isolation and slavery, and He is present with you too. Sometimes we need to change our perspective and see these seasons of our life as precious moments of intimacy and preparation with our Savior, for the work He has for us to do.

3. Obedience to God is always worth it.

After six years in slavery, Patrick was finally able to escape and return home. He was reunited with his beloved family. He could have easily lived out the rest of his life in the safety and comfort of his home and family. But the years spent in the company of Jesus on the bitterly cold hills of Antrim had forever changed him. In his confessions, he writes that at night he was tormented by the voices of the Irish people who he knew were totally lost.

So it was that after Patrick had completed his time in seminary and become a priest, he traveled back to the Island of his captivity, and walked the wet and dreary highways and byways of Ireland, bringing the gospel of Jesus Christ to a pagan nation. God blessed Patrick’s work abundantly, and the nation was converted almost entirely, imagine that, a whole nation!

I’m sure there were struggles in Patrick’s heart as he considered moving back to Ireland. But he knew God had a call on his life. His obedience to God’s call brought so many to salvation. Our obedience to God is never a mistake, never wasted, and no matter how challenging the call seems, God will take your right hand and lead you every step of the way. Just as Patrick did, step out and trust the Lord’s faithfulness to walk with you and empower you to do whatever He is calling you to.

It is a strange thing to live in Ireland today. Because just as Patrick did, I sometimes feel tormented by the voices of the Irish people, many who are just as lost today as they were back when Ireland was a pagan nation. I pray I can follow in Patrick’s footsteps and faithfully bring the gospel to a modern day Ireland that needs the light of Christ just as much as it ever has.

If Ireland is my mission field, where is yours? Where do your feet tread daily? What is your sphere of influence? Where is God calling you? Let us learn from the life of Patrick and the others who have gone before. Let’s trust God in the hard times that He is still working; let’s listen to His voice and step out in faith as He calls us, and like Patrick, let’s bring the gospel to those God has called us to. There is no greater work. 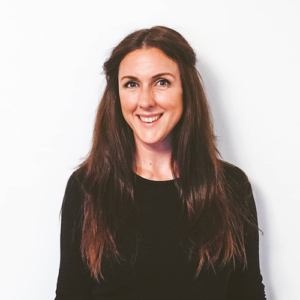