What Worship Can Accomplish

Do we know what worship means and does? Singing in church with fellow believers, raising your hands and feeling emotionally moved by the power of the music is just the beginning. Sometimes, we worship because we are in church and, well, it’s what you do – it’s the right thing. Maybe we worship out of habit, and there is nothing wrong with having such a worthwhile habit, unless that is where it ends.

Worship is more than a weekend church activity.Worshiping the Almighty by an individual or a gathering can shift the atmosphere and dramatically change the environment in which we live. We can worship through our expression of praise and with our actions.

I’m not sure we understand the power of worship to change our surroundings.

The story of Joshua and Jericho is more than a story of walls tumbling down and military victory. It is a powerful example of what worship can accomplish.

The story actually starts with worship. Joshua chapter five says that as Joshua prayed and prepared to enter into the Promised Land, a “Man stood opposite him with a sword drawn” and identifies Himself as the commander of the Lord’s army. As Joshua “fell on his face and worshiped,” the Man did not stop him but told him to take off his sandals, “for you are on holy ground.” A clear parallel to what Moses experienced when he faced the presence of God in the burning bush.

Jericho was sealed; the people inside were afraid of the Israelites and hoping to resist. But the Lord told Joshua the outcome of this battle right from the beginning: “See! I have given Jericho into your hand.” No details, just believe Me; you will win. All that matters is the confidence to obey the Lord and know what He promised, and that He will get it done just as He always has:

“Declaring the end from the beginning, and from ancient times things that are not yet done, saying, ‘My counsel shall stand, and I will do all My pleasure’” (Isaiah 46:10).

Military strategy doesn’t matter. The victory is already promised! God gave Joshua some unusual instructions, certainly not the typical military strategy for conquering a walled city under siege. The plan was for the Israelites to march around the city once every day with seven priests blowing seven ram’s horn trumpets in front of the Ark, which symbolized God’s presence. On the seventh day, they were to march around seven times, followed by a long blast on the horn, and the shouts of the people in one mighty, united voice!

I know this is the stuff of Sunday School stories, but think about it. What kind of military operation is that? No siege, no weapons. But a promise from God, “Every place that the sole of your foot will tread upon I have given you.” That was God’s first clue.

The promises of God remain theoretical until we appropriate them and take those steps of faith to walk the ground He put before us.

They were to literally put the soles of their feet on the ground and claim His promise. We know the end of this familiar story. They marched and on the seventh day shouted to the Lord and the “walls came tumbling down,” as the old spiritual says.

But what was really going on was worship. Joshua obeyed God’s order as act of worship. That marching in silence for seven days must have unnerved Jericho’s residents. They could feel the ground trembling, hearing only the steady beat of footsteps. That final seven times around built the suspense, followed by the loudest shout you can imagine.

I had the thrill of going to the Rose Bowl one year, which seats 100,000 people. The sound of cheering during that game was like sitting in front of a jet plane – deafening to the core of your body. The Hebrew word for shout is ruwa, meaning, “to break, to split the ears (with sound), shout for alarm or joy.” Imagine two million people shouting, splitting the atmosphere and unleashing the supernatural into the natural world. The army of mighty angels and God’s presence were unleashed by shouts of faith, an ultimate act of worship. That is what worship does.

Worship shifts the atmosphere and releases the manifest presence of God.

We need to understand that Jericho was not a town of nice, normal people. No, it was host to a demonic realm of evil and suffering, human sacrifice and torture. A demonic stronghold. Something we cannot ignore. We forget sometimes that we are engaged in real spiritual warfare.

Jericho represents the strongholds in our lives. Hurts, addictions, anxieties, fears, marriage problems, family issues—everything the enemy uses to prevent you from walking in faith, to stop you from receiving the inheritance God has for you as His son or daughter. When you accept the devil’s lies, you enter into an agreement with him that you are not worthy of God’s love, forgiveness and blessings.

Why does God allow this? It is because He wants us to mature. How does a muscle get stronger? Resistance. God wants us to be able to stand strong against the enemy’s attacks and to walk with confidence in healing and faith. How? Begin by worship. Take God’s hand and let Him lead you deeper into faith, into understanding that you can be free of strongholds that hold you back.

Call upon Him and worship Him for who He is, and how much He loves you. Worship is an expression of faith. Obedience exercises our faith. By worship we shift the atmosphere as we come into agreement with what God has declared, and change the darkness, oppression and battle fatigue into victory and triumph! “By faith the walls of Jericho fell down” (Hebrews 11:30). 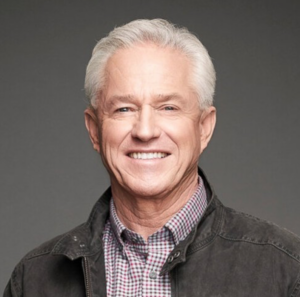