Why Is God Allowing Evil? Eight Principles to Consider During the Current Global Pandemic

Many today are questioning how, if God is loving and good, how could God allow the coronavirus (COVID-19) to cause so much pain and suffering and to take so many lives. Let’s face it, it does look bleak out there, pain and suffering, quarantine, the stock market is crashing, various sports clubs have suspended their seasons, restaurants and entertainment centers are shuttered, economic activity has slowed to a trickle, and the country is locked down in quarantine. Any honest thinker would justifiably question where God is in all this, or at least try to make sense of God in relation to evil.

There are eight principles to consider when wrestling with this question:

1. Evil is not a material thing.

Our first inclination is to think of the coronavirus as “pure evil” due to its devastating effects on human life. Though invisible to the unaided eye, the virus is very much part of the material world. However, we run into a problem knowing that when God created everything in the material world, He called it “good,” including bacteria and viruses. This leads us to consider that “if God created everything, and evil is a material thing (and viruses are things), it follows that God directly created evil.” On the surface, this argument seems formidable. However, when we realize that it’s impossible for an all-good God to directly create evil, we are left with the question:

If God created everything, and evil is a thing (evil is not an illusion), then how can we not blame God for evil? The answer to this conundrum was given 1,500 years ago through the writings of St. Augustine, Bishop of Hippo. Evil is not a material thing, it is a lack of what should be present in good things. For example, a broken arm could only be possible if there is a good arm to break. Or a hole in your best shirt is a lack of cloth in the place it should be present. In other words, evil is not a material thing per se, though it’s certainly real. Rather, it’s a privation, absence, lack or a hole in things. Therefore, evil in-and-of-itself is not a thing, nor does it have any existence at all apart from some good host it corrupts.

2. God does not cause evil but does permit it to occur.

An all-loving and All-good and moral God cannot cause evil, or will or not will evil, but according to Scripture and life experience, He does permit it. Permitting evil is necessary to produce higher goods in free creatures. There is no courage without danger; no patience and perseverance without tribulation; no character without adversity; no gain with no pain! In addition, evil must be permitted if God was to make man truly free. Freedom is what makes love, life, praise and blame meaningful.

That is to say, though God made evil possible, man made evil actual through his misuse of freedom. God gave the fact of freedom; man performs the acts of freedom. To blame God for making evil possible would be like blaming Henry Ford for all automobile accidents since he made them possible. Finally, and perhaps the most significant of all reasons [for] that God may have for allowing evil today, God would have to eliminate freedom in order to eliminate evil, since evil arises from free decisions. And if freedom is abolished, human beings can no longer be saved. Matthew said to let the wheat and the tares grow side by side until the end, lest we do damage to the wheat (Matthew 13:24-30). God will eventually bring evil to a total end, but for now, there are many more that need to be saved.

Why would God create this world if he knew pain and suffering (evil) would occur? It would seem an All-powerful God had other options instead of creating a world where evil was possible. Most would agree that our world is not the best possible world, but it is the best possible way to get to the best possible world with free creatures involved. To permanently defeat the possibility of evil and death, you must defeat evil and death. In God’s wisdom, He created a world in which total victory could be achieved with free human beings, the death and resurrection of Jesus Christ. Adam and Eve had a big problem in their pre-fallen state, as perfect as they were in a perfect garden, they still had the potential to be tempted, sin, suffer and die.

Fortunately, God has a plan to solve this problem through the person and work of Christ, in whom we can look forward to a blissful eternal life where these evil “potentials” will not be possible. Some question whether God has victory or is morally just when some are eternally separated from Him. However, God would only be unjust if there were someone in hell that shouldn’t be there. It’s actually a testimony to God’s respect for human autonomy and free will of those who choose to be separated from Him. Saving everyone (universalism) is not the criteria for victory, rather, saving all who freely receive is victory. Some in heaven and some in hell is better than no people in heaven and no one in hell. Half of a loaf of bread is better than no loaf at all.

4. The world is fallen and awaiting redemption.

Since the first sin by Adam and Eve in the Garden of Eden, our material world resides under a fallen and decaying state barreling toward corruption and death. This unfortunate situation was precipitated by the devil and disobedience to God’s commands. The sad consequence of sin is physical and spiritual death. Paul says even creation groans to be released from corruption (Romans 8:19-23). The implications of our sin in a fallen world is often felt when nature rears its dark side. There is nothing evil, not even the coronavirus, about the material world, since all material was created by God. However, there is a bad (non-moral, physically evil) relationship between COVID-19 and the human respiratory system. This evil is made possible due to a fallen people living in a fallen world. Because of Christ’s death on the cross for our sins, and resurrection from the grave, we look forward to a time when there will be no more pain, suffering and death.

We often learn our greatest life-lessons in times of pain and suffering. Realizing our own frailty and mortality lends itself to consider the value of life which otherwise would not be given a second thought during good times. In this sense, death becomes a universal preacher to sober our thinking about what really matters, life, family, God, and doing the good. This awareness also encourages us to enjoy the good times when they arrive and maintain a thankful heart for the pleasures of life. Ultimately, we cultivate a sense of urgency knowing that our time on earth is limited. Often, humility is the result of sober reflection.

6. The benefits of evil.

Most are quick to express their disdain for evil and its tragic effects, while at the same time slow to recognize that the presence of evil in the world often cultivates growth in character. The Bible makes clear that trials in our life will produce patience and endurance (James 1:2-4; Romans 5:3-4; 2 Peter 2:20). Without pain and suffering, there could be no compassion or empathy; without great need, there could be no servanthood; without trial, there is no perseverance, patience or courage; without the sickness, there can be no physical or spiritual healing or wholeness.

We need to remind ourselves that Christ’s suffering and death led to eternal life, resurrection and lasting peace for those who receive His sacrifice. To be certain, how one responds to evil is important, since not every response leads to growth. There are those who deal with evil by hardening their heart against God and become increasingly selfish. There is truth in the saying “You can become bitter or better,” depending how you deal with evil when it comes knocking.

7. It’s self-defeating to reject God because of evil.

Some use the presence of pain, suffering and evil as an argument against the existence of God. They say if God was All-good, All-loving and All-powerful, He could and would destroy evil. Since evil is not destroyed, there is no such God that is All-loving, good or powerful. God is either unjust, indifferent to evil, or does not exist at all. On the surface, it appears to be a formidable objection to God. In actuality, it is an argument for the reality of God. Former Oxford University scholar and atheist, C.S. Lewis, held a form of this position, but finally realized its flaw. He wrote:

“My argument was that the universe seemed so cruel and unjust. But how had I got this idea of just and unjust. A man does not call a line crooked unless he has some idea of a straight line… Of course I could have given up my idea of justice by saying it was nothing but a private idea of my own. But if I did that, then my argument against God collapsed too…” (Lewis, Mere Christianity, 45).

8. There are purposes for pain and suffering.

Besides gaining character virtues through enduring evil, there are also recognizable purposes for evil that yield practical benefits. It’s important to understand that God has good purposes for everything, including evil, even if we are not aware of them (Deuteronomy 29:29). Joseph was sold into slavery by his brothers, forced into Egypt and cast into jail for a crime he didn’t commit.

Eventually, God placed him in a position of authority and used him in a mighty way to preserve the entire region (including his family) from starvation, as well as preserve the lineage of the Messiah. Joseph recognized God’s purposes when he said to his brothers, “But as for you, you meant evil against me; but God meant it for good, in order to bring it about as it is this day, to save many people alive” (Genesis 50:20). What is more, adversity often leads us to rely on God’s comfort. And this comfort we experienced can, in turn, be offered to comfort others (2 Corinthian 1:4). Further, trials in life can lead us to become less selfish (2 Corinthians 1:9). Moreover, pain and suffering can serve as an alarm to prevent greater evils (Exodus 20:12). A toothache is a warning sign to prevent greater problems if left unattended (e.g. root-canal). In other words, God can use pain and suffering to get our attention (Jonah 2) and change our priorities for our own good (Jonah 4).

C.S. Lewis insightfully comments: “God whispers to us in our pleasures, speaks in our conscience, but shouts in our pains: it is His megaphone to rouse a deaf world” (Lewis, The Problem of Pain, 81). 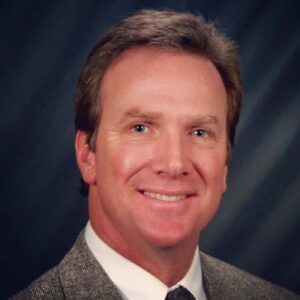