Why You Should Not Take Offense

“Good morning America! What are we offended by today?!”, read a meme that came through my social media feed a couple of weeks ago. It is funny because it is a caricature of the American psyche as a whole nowadays. It seems every time we turn around someone is offended, and in a culture where political correctness is king, this can be quite challenging. We, as Christians, are no exception to this.

The Christian community is known to be some of the most easily offended people around.

I would like to make a suggestion with this post; might God call us to be the opposite of this? To be people who are almost impossible to offend? Please allow me to explain.

What does it mean to be offended in this day and age? If I was to give a working definition of being offended, it would be as follows, “To feel hurt, angry or upset by something that is said or done that contradicts, challenges or confronts what one believes or feels to be right or true.” In this political climate, with the mediums of social media, blogs and biased media outlets, there is a lot out there that contradicts, challenges and confronts the Biblical worldview. There is a lot that we, as Christians, can be offended by. However, just because we can be offended, does not mean we should be offended.

“Why not,” you ask? For a couple of reasons:

Being offended is not productive for the kingdom of God.

How could being offended by sinners draw them to Jesus? I don’t think it will, in fact, I think it will just push them away. It is easy to reject a community and a message that you perceive to have first rejected you. Jesus does not call us to be moral police, but rather to love our neighbors; and not just our neighbors but also our enemies! This means we are called to show love that covers a multitude of sins to those who are sinning in ways that really irk us. We are called to that 1 Corinthians 13 type of love:

There is not much room for being offended when we are showing love in this way.

What about taking a stand for righteousness? Well, like always, Jesus is the perfect example here. He walked in perfect righteousness; He never sinned or approved of sin, but He consistently extended grace to sinners, to the worst kind of sinners. He was not offended by the prostitutes, the tax collectors or the drunkards! He was kind to them, and His kindness lead them to repentance. I think it is safe to be like Jesus in this. God does not need us to defend Him; He will do a fine job of that when the time is right. “Vengeance is mine, I will repay, says the Lord.”

When messengers came to Jesus from John the Baptist in Luke 7, asking if he was the Messiah or if they were to look for another, Jesus sent a message back to John testifying of His works. Then He said something striking in verse 23, “And blessed is the one who is not offended by me.” You see John was the forerunner to Jesus, proclaiming the coming of the Messiah. He witnessed the heavens open as the Father affirmed the Son. But now he doubted, why? Perhaps it was because he, like so many in Israel at the time, was expecting a more immediate and political Messiah. Perhaps he assumed Jesus was going to liberate Israel from Roman oppression and restore the throne of David there and then.

But it didn’t happen that way. Jesus was not turning over the Roman Empire; He was healing the sick, casting out demons and calling sinners to follow Him. Meanwhile, John was arrested, imprisoned and was awaiting his execution. John thought he knew what God was up to, and Jesus did something completely different. Jesus called His dear cousin to not be offended by Him while He was contradicting what John thought and felt was right and true.

Because the reality is, God is in the business of confronting us, contradicting us and doing and allowing things that we don’t like or understand, all for the sake of our sanctification. This is why James, Paul, Peter and the author of Hebrews all speak of trials and/or chastisement as a tool of the Lord’s in our spiritual maturing.

So, there’s my encouragement for you and I as we live in these interesting days. May we, by the grace of God, not be people who are easily offended. Rather, let us stand in Christ’s righteousness while reaching out in love to those who are lost in their sin just as we once were. And may we welcome the confronting truth of God’s Word and endure through the trials we do not understand, knowing that God’s ways are so much better than ours. 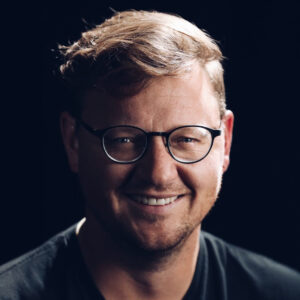 Clay Worrell is the Executive Director of CGN. He is happily married to his wife, Jannelle, and they have two lovely daughters.