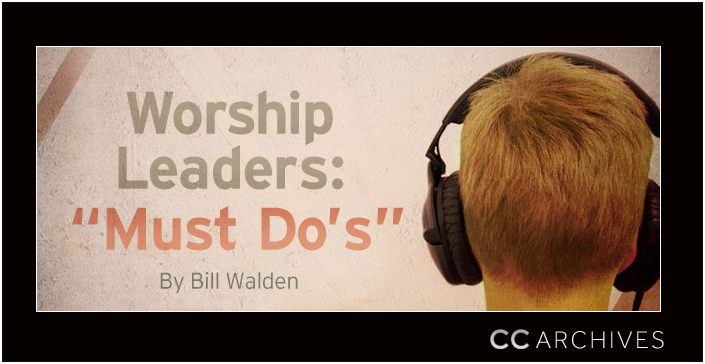 Familiarity With Worship Music
Worship leaders listen to worship music. They listen to a lot of it. They learn songs, and can sing or play many songs from memory. At the very least, there is a familiarity with many songs. They understand different styles of worship music, and though they may not be able to play all those styles, they know how a style of music ought to sound.

Knowing a lot of music allows the worship leader to be spontaneous during a worship gathering. He/she might include a song that wasn’t planned for, but is perfect for the moment. Sometimes a worship leader will think of a song that would be perfect for the moment, but cannot play it for lack of familiarity with that song. That is a lost opportunity. Worship leaders need to listen to a lot of worship music. They need to have a big repertoire. They need to be able to play dozens of songs by memory.

Music charts should be there as a reference, not as a lifeline. The worship leader ought to be able to play most of his/her songs by memory, which allows for freedom of expression as opposed to a desperate dependence on the written music. When the worship leader is struggling with a song because of lack of familiarity, the congregation feels it. Know the music, and practice it frequently.

Proficiency With Their Instrument
Worship leaders need to be proficient with their instruments. This includes vocalists as well. That means practice, practice, practice. The idea of practice is an interesting topic. One would think that a worship leader would love to sit at home and either play or sing. Such is not always the case.

Some worship leaders rarely touch their instruments at home, and pick them up only for a rehearsal or a worship gathering. God can and does use the person that doesn’t play well, but I believe that the worship experience is enriched when the leader sings and plays well.

A song sung out of tune, or with awkward lyrical phrasing makes singing more difficult for the congregation. An instrumentalist that doesn’t play with steady time, or can’t play needed chords also limits or hinders the worship experience for the listener.

An instrumentalist who hesitates to play a certain chord, or plays inconsistently because of poor technique, will hinder the musical and spiritual flow of worship. The congregation consciously or unconsciously picks up on such hesitations. They cannot flow freely with the song, because the person called to lead them is fumbling or stumbling to play the music. Again, it is that mysterious but very real “X-factor”, that makes the difference between “getting through” a song as opposed to being an embellishment and a transparent vehicle used to deliver a song. It is like the difference between a machine and a person doing the same task. The machine may awkwardly get it done, but a person does it with feeling, flow, and an artistic touch.

Musicians and singers who are proficient with their instrument and/or voice embellish and make beautiful a song of worship which is pleasing to the ears and easy to sing to. Unpracticed singers and instrumentalists end up being a distraction at worst, and a modicum of blessing at best.

In teaching the Corinthians about the gift of tongues and the need for interpretation, the Apostle Paul uses musical instruments as an illustration that clarity is needed when one hears something. When the musical sound isn’t understood because of lack of clarity, the correct response is difficult.

1 Corinthians 14:7, 8 Even things without life, whether flute or harp, when they make a sound, unless they make a distinction in the sounds, how will it be known what is piped or played? 8For if the trumpet makes an uncertain sound, who will prepare for battle?

The aspiring worship leader ought not avoid leading worship as their talents and abilities are being developed, but lots of practice ought to be a regular part of their lifestyle. Beginners should not forever sound like beginners.

Psalm 33:3 Sing to Him a new song; Play skillfully with a shout of joy.

Ensemble Performances: Listen, Listen, Listen
Having studied music at the college level, one of the things that was constantly re-enforced in ensemble playing was the importance of listening to the entire group AS you played/sang your part. How can I know how I fit into a worship team, if I am not listening to the others musicians/singers? Every person on the team ought to be able to sing back what every other musician is singing or playing. The bass player needs to know not just what the drummer is doing, but what the backup singers are singing. And so it goes with each member of the worship team. Ensemble playing requires paying attention to the entire group, not just to what you are doing.

In an amplified setting, this means proper amp adjustments, so that the stage volume is manageable for all. Good communication with the soundman is essential. If you can’t hear yourself or the team members, TELL THE SOUNDMAN! That is what they are there for, to help you hear well and sound good.

I believe that the ideal situation for a worship leader is that he/she tells the team, “Follow me”. Some pre-determined arrangements can be worked out, but much happens spontaneously during a worship experience. That requires that people pay more attention to the worship leader than to themselves or their music. Stand where you can see the worship leader, watch for body language, visible cues of songs, starting, slowing down, breaks, or stopping. Be a team player by paying attention with your eyes and ears.

This listening approach is a non-negotiable for jazz musicians, who often use the chart as a starting point, but then play off of one another as they listen to one another. Much of the same is true in the worship team experience. Listen, listen and listen some more to what your team members are playing and singing.

1. Know the music well, and memorize songs.
2. Practice a lot. Sing and play skillfully to the Lord.
3. As a worship team member, “have ears to hear”. 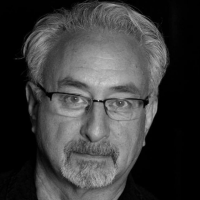 Bill Walden is the senior pastor at Cornerstone Ministries of Napa Valley located in Napa, CA.​