Worship: More Than A Song 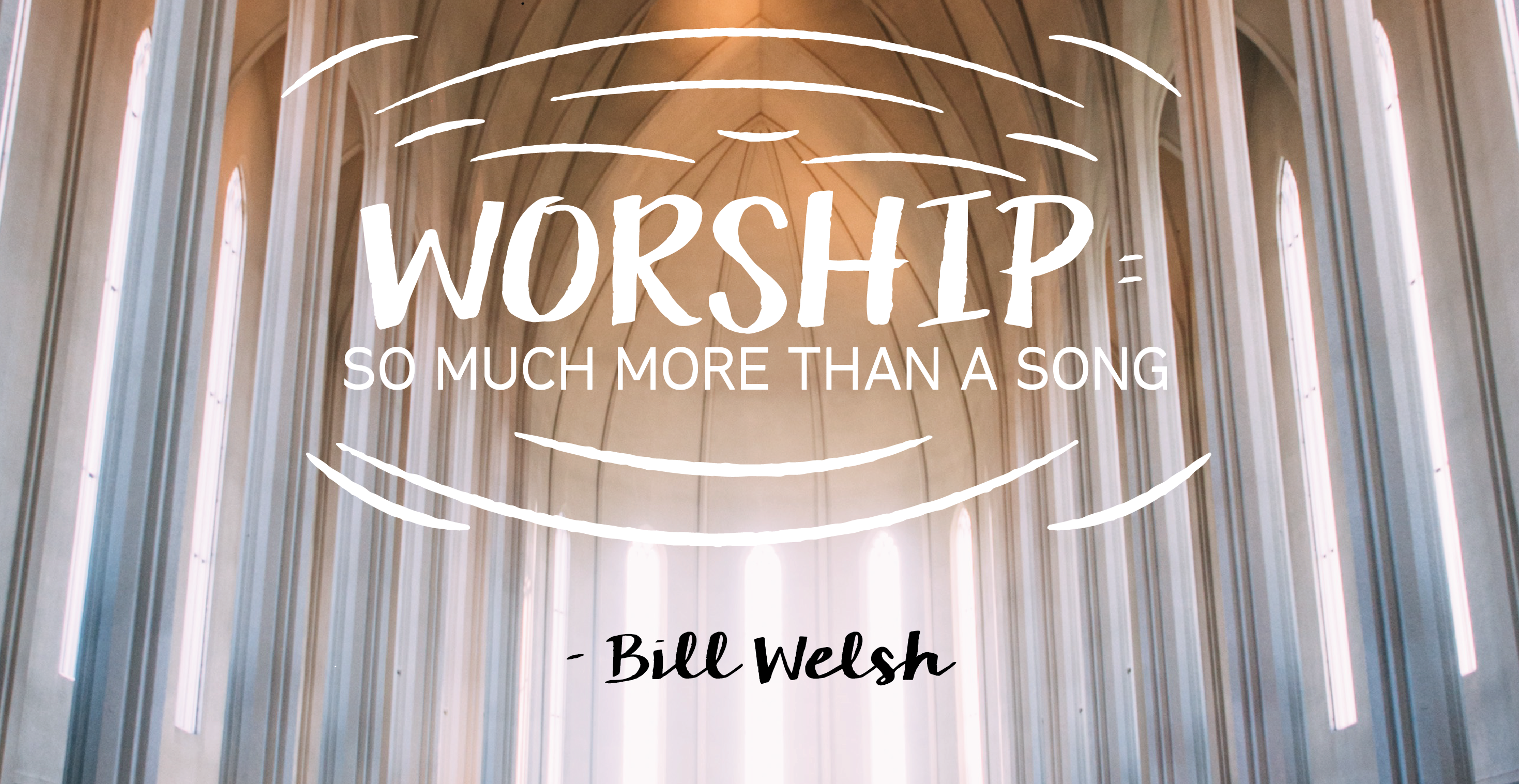 Music is a powerful thing.

Drums have accompanied armies into battle.

Talk radio hosts open their broadcasts with their theme song before beginning their rant for the day.

Every retail store in every mall strategically chooses their mix of music to make you feel welcomed, safe and most importantly, to instill a passion to purchase their goods.

Our family needs music when we travel; even if it’s just to the corner store.

We can’t even escape music in elevators.

What is it about us and music? We seem to be born with an innate desire for melody and rhythm. Add words to that and the powerful result is undeniable––music and song add a pleasant dimension to life.

So it’s no surprise that when people of any faith gather together, they will sing, chant or wail. In fact, the music typically begins long before the opening prayer. “House music” welcomes the faithful as they file in, and again as they make their way to their cars for their journey home. But once the scheduled service begins, the first 25-50 percent of our time together is spent in song.

The interesting thing is that we have come to call that segment of our weekly routine “worship.”

To be honest, it was the song of the church that first disarmed me when I stepped into the small gym of a Baptist church in Long Beach, California in the fall of 1970. I was determined to not allow myself to become a victim of my friend’s evangelism. But when I rounded the corner and stepped through the side door of that room, I was unprepared for the sound waves that demolished my defenses.

On the low stage at the front of the hall, filled with maybe 150 teenagers sitting cross-legged on the floor, a band was playing music that sounded like the songs I listened to on my FM radio, except for the lyrics. This band was playing their guitars and singing their songs to Jesus as if He were right there in the room with us, and the whole tribe of young people were all singing along as I stood there stunned and a little confused, but feeling strangely at home. It would be close to an hour before a young 19-year-old preacher told us all that Jesus was ready to save us if we would invite Him in. I responded. But honestly, it was at the moment I was exposed to their songs that I thought, I don’t know what these people have, but whatever it is I want it.

Of course, singing isn’t the only thing we’re called to do as Christians, and it certainly is not the most important activity of Jesus’ followers. Yet close to a dozen times in the Old Testament, and several in the New Testament, we are commanded to “sing to the Lord,” or to direct our song to one another using “psalms, hymns and spiritual songs.” It should be obvious to us all that God has hard-wired us for music, then invited us to use that given capability to praise Him. We’ll consider that great theme at another time.

But before we explore the depths and the heights of musical and lyrical expression in the worship of God, it would be wise to begin with definitions. After all, words have meaning. So let’s ask a couple questions. What is worship? What is praise?

If we could climb into a time machine, travel back several thousand years and ask those questions to Abraham, Moses, David, Jesus and Paul, then shift into reverse and come right back here and ask the man or woman in just about any contemporary church the same questions, we might be surprised by the difference in their responses.

Today when we hear the pastor, assistant pastor or “service host” say “C’mon, church! Are you ready to worship?” we all know that we’re about to hear the musicians set the beat for the first song of the day. But is that really what worship is? Is it primarily our song?

In the mid 1970s I was a worship leader at a great church near Palm Springs, California. One morning, the wife of one of the pastors handed me a sheet of paper with the heading “Praise & Worship Songs.” The paper was divided into two columns. On the left was a list of “praise songs.” On the right, “worship songs.” As I examined the lists I noticed the only difference between them was tempo. Praise songs were fast songs and worship songs were slow. As I looked the lists over I couldn’t help but wonder if possibly there was a more fundamental difference between worship and praise from a biblical point of view.

My search began later that day when I opened my concordance (the “67th book” in our Bibles), and began to look up a multitude of verses where the two words appeared. There were 108 occurrences of “worship” and 248 of “praise.” It wasn’t long before I stumbled upon a rather challenging discovery. The terms, “worship leader,” “lead worshiper,” “worship band,” or “praise band” were nowhere to be found in the Bible. Not once.

In fact, I could not find one reference that clearly validated and affirmed a definition of worship that had anything to do with music. It just was not there. I discovered that what we called “worship,” the Bible called “praise.”

Bible expositors insist that we employ the “Law of First Mention” when we are interpreting Scripture, meaning that as we formulate definitions of words, principles and concepts found in God’s Word, we first must find the spot in the Bible where that word first appears, and make that the foundation for our biblical understanding.

In our quest for a biblical definition of worship we need look no further than the first book in the Bible. “Worship” is first found in Genesis 22:5. Abraham, on the toughest journey of his life, is at the base of Mount Moriah, where he turns to the servants who had traveled three long days with him and says, “Stay here with the donkey. The lad and I will go yonder and worship, and we will come back to you.”

Using our contemporary, musical definition of worship, we should be surprised that we don’t hear Abraham turn to Isaac and say, “Hey son, can you grab my guitar, cajon and the song sheets? We’ve got some worship to do.”

There was no music involved in this worship scene. They didn’t hike up Mount Moriah to sing beautiful songs to God. They marched up the rocky slope of that barren mountain to simply obey God.

Fast forward to the “first mention” in the New Testament, Matthew 2:2. The Magi from the east enter Jerusalem and announce, “We have seen His star in the east and have come to worship Him.” Traditionally we see them as a trio to whom some have even attempted to attach names. But this group had not come as a trained choir, complete with tenor, alto and bass from Persia or another neighboring nation, to harmonize in beautiful songs over the infant Messiah. They came to bow in reverence and submission to Jesus. They laid very costly gifts before Him, making it clear that they knew Him to be more than just another Jewish baby boy.

One more clarifying passage from John chapter 4 is helpful here. Jesus is chatting with a Samaritan woman at a well associated with Abraham’s grandson, Jacob. After Jesus makes a request for water from the woman, followed by an offer to provide her with “living water” to quench her thirst forever, He suggests that she call her husband out to the well. The woman announces that she’s not married, then Jesus drops the bomb as in essence He says, “No kidding! You’ve had five husbands already and now you’re living with a man who is not even your husband.”

At that point, she does what most of us do when our cover has been blown; she changes subjects. Now she wants to talk about worship as she deduces that Jesus is, in her words, “a prophet.” Her question is all about which location is right for worship: “Your mountain in Jerusalem, or our mountain here in Samaria?”

Jesus’ response changes the whole worship focus for her as well as for us, as He told this inquiring woman that true worship is not about this mountain or that mountain, or we might say, “this church or that church.” How many times have we heard a friend say, “They have amazing worship at that church.”

I have heard preachers say that worshiping God in spirit means to be fervent and passionate in our singing, and to worship in truth simply means that we must make sure our songs are biblically sound. While I believe a passionate approach and biblically sound lyrics are important when we lift our songs to God, I do not believe that to be Jesus’ focus here.

One chapter earlier in John 3:3-5, Jesus announces we “must be born of the Spirit to enter the kingdom of God.” Therefore to worship God in spirit means we engage with Him in the framework of a new life, born again by the Spirit of God.

What does it mean to worship God in truth? I would look to John again. In 1 John 3:18 he says, “My little children, let us not love in word or in tongue, but in deed and in truth.”

Again, how easy it would’ve been for Jesus to validate our notion that worship is primarily a musical practice, by inviting the woman to have a little “sing-along” by Jacob’s well. How easy, if only that were true. But true worship is far more than theologically correct songs, sung with passion. Worship is surrender to God. Worship is loyalty and devotion to the lover of our soul, a daily obedience to this God we say we love.

Jesus makes it clear that our Father is searching for those who will worship Him in that way. In fact, that may not have been the first time the Scriptures informed us that God was on the hunt for a particular kind of worshiper.

The Old Testament relates the story of foolish King Asa who chose to trust a neighboring king to defend him when military forces amassed on his northern border, rather than trust Yahweh. The prophet Hanani is called to rebuke King Asa, and in doing so he reminded him that, “The eyes of the Lord look to and fro throughout the whole earth, to prove Himself strong on behalf of those whose heart is loyal to Him” (2 Chron. 16:9). There it is––loyalty, faithfulness, devotion. The core of true worship is a heart loyal to God.

Worship isn’t a 20-90 minute experience or “show.” Worship is not primarily an artistically crafted expression of gratitude. The Bible calls that praise.

Worship is willful surrender to God and His purposes, for His glory. In fact, you could say we worship whatever we surrender our life to. Worship in its first mention and in every sense involved an altar. Singing is easy. Surrender is hard. But let’s set our hearts to be those worshipers our Father is seeking. 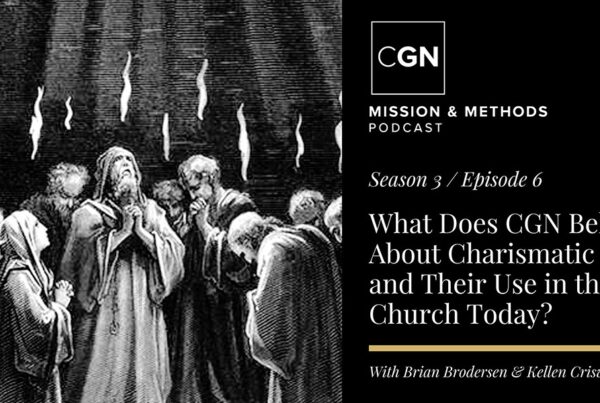 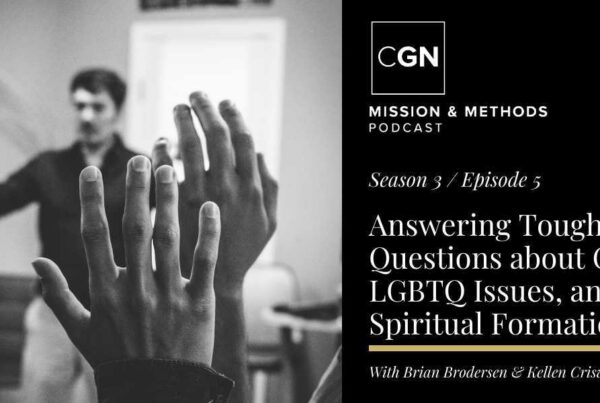