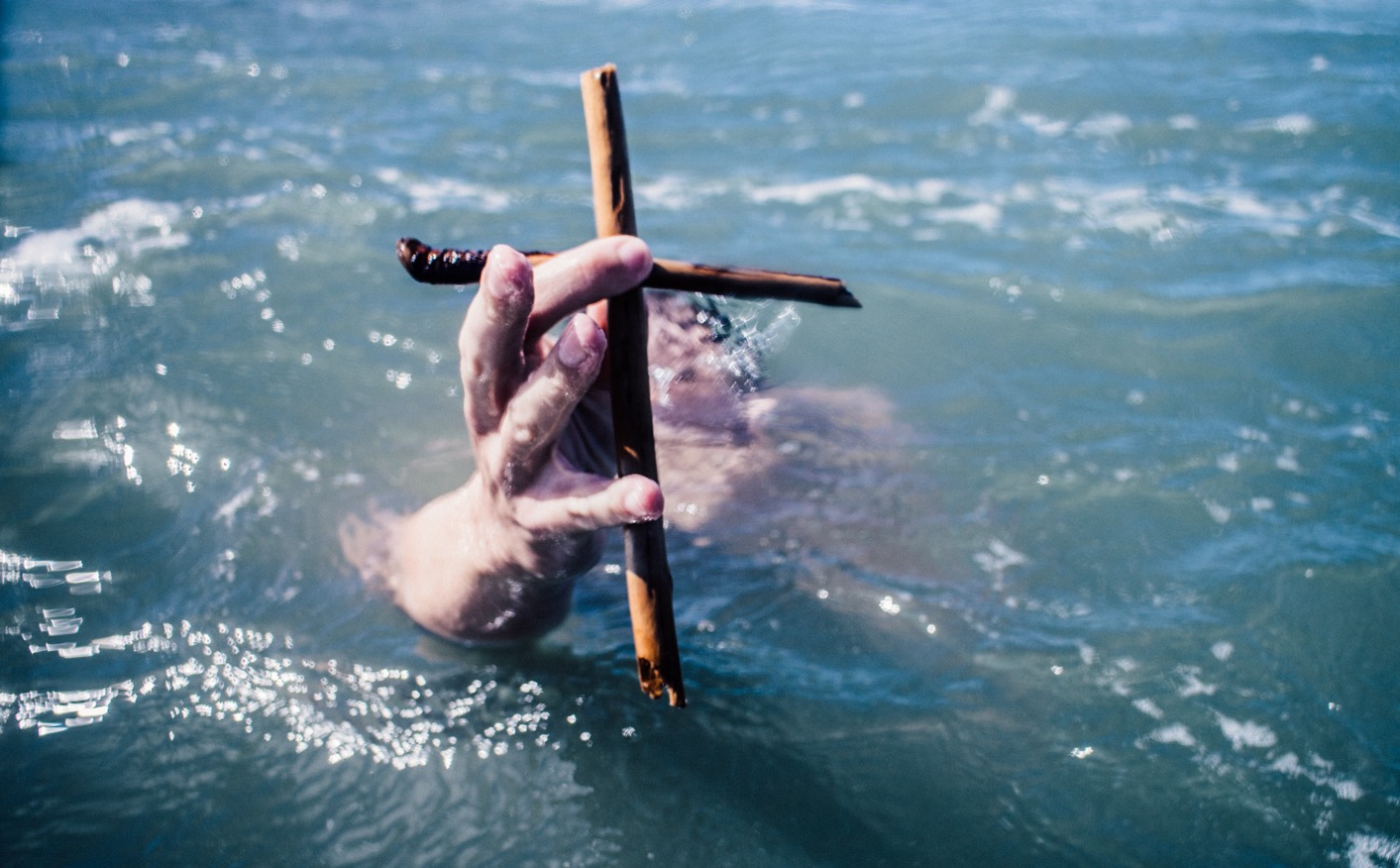 Doubt, often regarded as the evil twin brother of faith, is a condition that frequently casts a long shadow over the believer’s life. Many grow up in the Church with the idea that “good Christians never doubt,” all the while struggling under the weight of crippling doubt themselves.

It is far too ordinary for the young Christian to hide their doubts, never wanting to raise their hand in the Sunday-school classroom for fear of looking foolish at best or being judged as one of little faith at worst. So, doubts are suppressed, buried deep within the psyche. Eventually, the young Christian finds themself stepping outside of their Christian bubble and into a secular environment where the dam of unanswered questions finally bursts, unable to withstand the pressures of postmodern and post-Christian culture.

For the Christian struggling with doubt, following Jesus can feel like reaching for the light while you sink into the depths of the ocean.

I would assert that this sad reality does not have to be the fate of our youth. Instead, we may turn to the Scriptures to see the straightforward reality that doubt need not be the end of robust faith, but rather, the beginning!

Throughout the pages of the Bible, we repeatedly see that God does not reject those who doubt; rather, He works in and through them despite their doubts.

Now there is no better character with which we could start our examination of this theme than the disciple known to many as “doubting Thomas.” Note that this nickname was not given to him by his mentor, Jesus, but rather by Christians in modernity. They identify him by his doubt, but the question we must ask is, “How does the Lord Jesus identify him?” and even further, “How does Jesus respond to those who doubt?”

The answer is found in the Gospel accounts. In the latter half of John chapter twenty, we find Thomas struggling with his doubts and discouragements. Earlier in the chapter, we observe the risen Jesus appearing to Mary Magdalene and ten of the remaining eleven disciples.

Thomas, however, is not present for these miraculous encounters. When the others joyfully tell him Jesus is alive, Thomas has a hard time believing this, having just witnessed his lord and master beaten and crucified on a Roman cross. Thomas responds to the others with a skepticism born out of deep grief, saying, “Unless I see the nail marks in his hands and put my finger where the nails were, and put my hand into his side, I will not believe.” (John 20:25).

A week later, Jesus directly responds to Thomas’ doubt. He appears before Thomas, saying, “Put your finger here; see my hands. Reach out your hand and put it into my side. Stop doubting and believe.”

It could be easy for us to focus merely on Jesus’ words at the end of the verse, “stop doubting and believe,” yet we must remember not to divorce the words of Christ from the actions of Christ. The passage’s focus is not on a God demanding His follower stop doubting. It is on a God willing to reveal Himself to a struggling doubter experiencing the dark night of the soul.

“Let’s remember that Jesus didn’t leave Thomas to suffer without the blessing of faith and confidence; he gave him the evidence he required. That is typical of Jesus’s approach to doubt; he responded to honest doubters in the way he knew best, the way that would help them to move from doubt to knowledge.”

In His actions, Jesus reveals a heart full of love for “doubting Thomas.” He does not storm into the room, demanding Thomas fall to his knees and repent from his foolishness. Instead, He shows up with evidence and relational experience. The result is Thomas declaring, “My Lord, and my God!” (John 20:28).

“Jesus’ willingness to accommodate Thomas’ unbelief is a reminder that God can handle our doubt. And that the rationalist doesn’t need to see, touch, or run a lab test in order to believe in the resurrected Christ. Jesus told him, “You believe because you have seen me. Blessed are those who believe without seeing me” (Jn 20:29) This is not a plea to accept what goes against reason, but it is an invitation to discover a faith that goes beyond it. The example of Thomas is for the stubborn skeptic in us all.”

We see in this story the willingness of Jesus to tear down relational walls between His followers and Himself, to bridge the gap between doubt and knowing. This theme is not unique to the New Testament.

Consider the famous “hall of faith” in Hebrews chapter eleven. Many revered characters are listed in this passage specifically for their faith. For example, we are told that by faith Noah built an ark, Abraham traveled to a distant land, Sarah had a son in old age, Moses left a life of royalty to lead God’s people to freedom, and Samson defeated the Philistines.

However, carefully examining the Hebrew Scriptures will reveal a dark mirror in the hall of faith. Nearly every character praised for their faith in Hebrews eleven also has moments of doubt recorded in Scripture.

By doubt, Noah becomes drunk and brings sin into his family. Abraham sleeps with a servant girl because he does not trust God to allow his aging wife to get pregnant. Sarah laughs when God says she will bear a child. Moses murders an Egyptian man and flees into the desert. Samson sacrifices his calling and strength for frivolous sex.

Despite all these moments of doubt, these flawed characters I have listed are celebrated for their faith. This reveals a core component of God’s heart: He is a God who can put up with our doubts. He is more than willing to work in and through us despite our tendency to doubt. He is not looking for perfect faith. Rather, He is looking for a willingness to believe, even if imperfectly. He desires to hear us say, “Lord, I believe; help my unbelief!” (Mark 9:24).

In his analysis of the thinking of Danish philosopher Soren Kierkegaard, philosophy professor Donald Palmer writes:

“Kierkegaard’s argument runs something like this: The negative is present in all consciousness. Doubt accentuates the negative, Belief chooses to cancel the negative. Every mental act is composed of doubt and belief, but it is belief that is the positive, it is belief that sustains thought and holds the world together.”

Indeed, every moment the Christian makes is composed of either doubt or belief. One may be a believer sitting in the Sunday sermon but turn into a doubter and functional atheist the moment he pulls up the balance on his bank account. Nevertheless, Jesus seems to invite us into each moment with the reassurance that He is there, walking with us through these moments of doubt.

Another fantastic character study is the Apostle Peter. Interestingly, we give the title “the doubter” to Thomas, yet it is Peter who has not one but two moments of severe doubt recorded in the New Testament. At the sham trial of Jesus, Peter doubts the Lord’s ability to keep him safe, so when others nearby ask if he is a disciple of Christ, he denies three times that he even knows Jesus at all (Luke 22:54-62).

One of Peter’s greatest moments of faith is immediately followed by one of his greatest moments of doubt. By faith, he literally walks on water, stepping out of the boat to meet Jesus among the waves. By doubt, Peter sinks, noticing the severity of the storm and doubting the power of Christ to keep him afloat.

Jesus immediately reached out His hand and took hold of him, saying to him, “O you of little faith, why did you doubt?” (Matthew 14:32).

Again, we must not divorce Jesus’ words from His actions. It was the power of Christ that allowed Peter to walk on water. It was the love of Christ that pulled him up when he sank. In Peter’s most significant moments of faith and doubt, the constant factor was Jesus being present with him. He does not allow Peter to sink into his doubts but instead pulls him upward and onward.

We see this further when at the end of John’s Gospel, Jesus restores Peter to ministry with a merciful breakfast on the beach. This posture towards doubters goes even beyond Thomas and Peter.

In a sermon on doubt, Pastor Evan Wickham says this:

“In Matthew 28:17 we see the reaction of his disciples “when they saw him, they worshiped him, but some doubted.” The resurrected Jesus is now physically standing before them and some are still in doubt! That is fascinating to me. It gets even better… in his very next statement, Jesus still commissions them!

To believers and doubters alike, he says, “go and make disciples.” On that Hilltop, alongside the risen Jesus, the believers and the doubters both belonged. This story provokes us to open up to the best news in the universe: we are all invited to belong to something bigger and more beautiful than we dare to dream.”

I genuinely believe that if we are to help the future generations of Christians, we must teach them not to suppress doubt but embrace it as an utterly regular part of the faith life and journey. A doubt held under the lordship of Christ is an invitation not to deconstruct one’s faith but to journey into deeper knowing as we “ask, seek, and knock.”

One can hold a theological doubt in tension with trusting that God is good and that in time, whether directly through His Spirit or the mentorship of Spirit-filled Christians, He will meet us right where we are at to “show us the holes in His hands.”

Whether we find ourselves walking on water or sinking into the waves of doubt, we can trust He is present, patient, and loving, hand outstretched, willing to pull us deeper into faith, and willing to put up with our doubts every step of the way.

It is when we understand and fully embrace this truth that I believe we can help Christians, both young and old, move beyond the shadow of a doubt.

If you enjoyed this article, Aaron has a sermon the article was based off of. Feel free to listen and share it with anyone you know who is struggling with doubt! 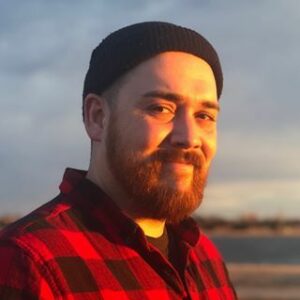