Taxes and Tithing: The Motive for Our Giving 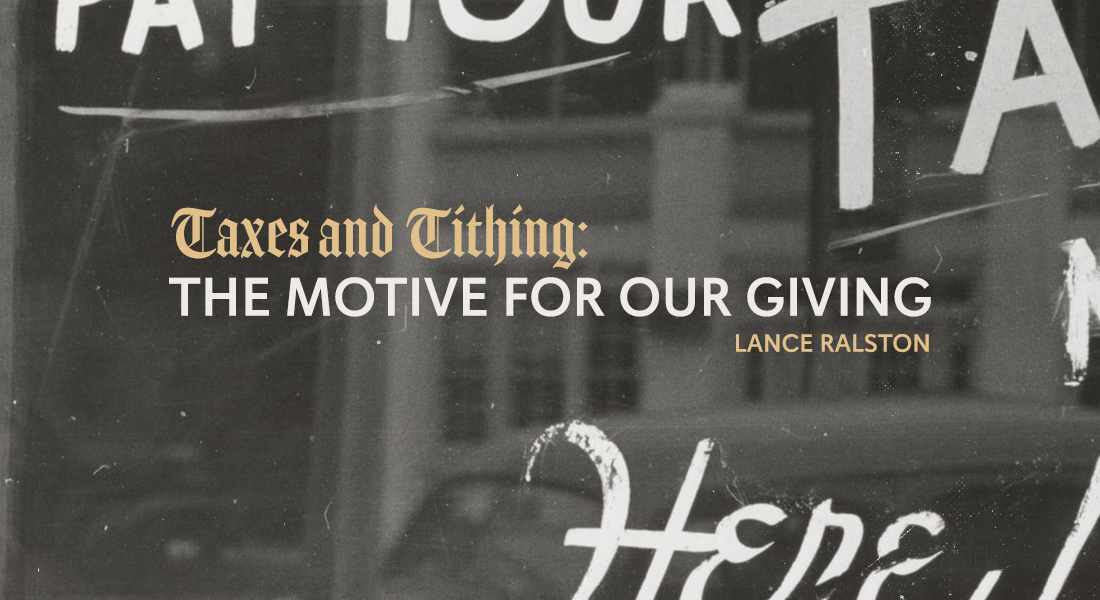 On Thursday, October 10, in what was billed as CNN’s Equality Town Hall, then-presidential candidate Beto O’Rourke suggested churches and other nonprofit organizations ought to lose their tax-exempt status if they opposed same-sex marriage. Though O’Rourke has withdrawn his candidacy, his statement broached a subject that’s been garnering increasing attention: Should the tax-exempt status of religious groups be revoked? Atheists have long called for it. Adding fuel to the flame of debate is the Equality Act, which many traditional religious groups oppose.

In arguing the 2015 Obergefell decision legalizing same-sex marriage, Solicitor General Donald B. Verrilli, Jr., conceded in questioning before the Supreme Court that colleges and universities that oppose same-sex marriage could lose their tax-exempt status. “It is going to be an issue,” he acknowledged. Judging the winds of political change as now favorable, Beto O’Rourke made the revoking of tax-exempt status for churches and other religious organizations a part of his campaign.

This won’t be the first time Christians are marginalized in the society in which they live. Historically speaking, the freedoms believers have enjoyed in the United States for the past couple hundred years is an anomaly. Even during the centuries in Europe when Church and State were joined hip and thigh, it was only a preferred sect that was accepted. Other groups were persona non grata. Religious liberty was something only enjoyed by those who towed the party (denominational) line.

Excuse me for getting personal, but a challenge we must address is this: If churches lose their tax-exempt status, will you continue to give? It’s best to ponder this question now.

Let’s be honest. Some give because of the tax break it yields. If that break were to disappear, they’d no longer give. Others give with dual motives. They know they ought to give to support the work of the church but also because of the handy deduction it provides. These may continue to give if that tax advantage were to go away, but not as much or as often. Still, others give with little thought to the deduction it affords. They may claim it on their returns; they may not. It’s a moot point to them. They give as an act of worship and will continue to do so whatever the IRS does.

Pondering what we’ll do if the tax-exempt status of our church is revoked due to its faithfulness to a Biblical morality of sex is an important consideration because it helps sort out the motive of our current giving. Knowing why we give now is important. We ought to give as an act of worship and obedience, obedience shaped by love for the One Who gave all for us. That we are able to write off donations to nonprofit organizations is a plus. It ought not to factor into when, where or how much we give.

CalvaryChapel.com does not necessarily endorse or agree with every message or perspective in the diverse web links shared. By including these links, we hope to help you stay informed of important events and conversations taking place in the world that are relevant to the Christian faith.