The Early Church: Trial by Fire 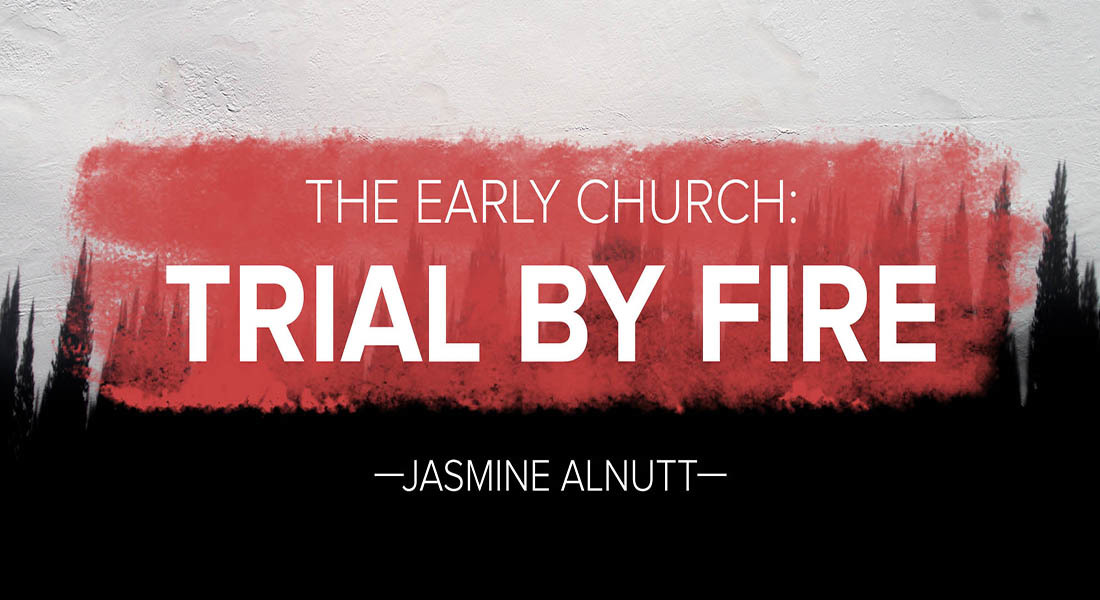 When Jesus ascended into heaven after His resurrection, He told His disciples, “You shall be witnesses to Me in Jerusalem, and in all Judea and Samaria, and to the ends of the earth” (Acts 1:8). The Greek word He used for witnesses is martys, from which we get our English word martyr, a person killed for their beliefs. Indeed, a martyr is a profoundly powerful example of what it means to be a witness—sealing one’s faith and devotion to Jesus by laying down one’s life.

Not all of Jesus’ disciples were called to be His witnesses through violent death, but in the Early Church Era, under severe persecution, many of His followers did indeed suffer for His name’s sake as a mighty witness to the power and truth of the Gospel of Jesus Christ.

Along with the threat of heresies such as Gnosticism, persecution was one of the greatest external threats faced by the Early Church. Although the Jews and others were in some ways hostile toward Christians, the most extensive persecutions came at the hands of the Roman Empire; in fact, in his Book of Martyrs, Foxe denotes ten distinct periods of Roman persecution of the Church that took place sporadically over the first few centuries of its existence. There were several reasons why the Empire targeted the Christian Church.

As we have seen previously, Christian belief and practice was very distinct from that of the Roman culture around them. Christians believed many things considered odd to the pagan mind. For one thing, they rejected the multiple deities of the Romans to serve one God alone, one not represented by any image or idol. Oddly enough, for this reason they were often labeled “atheists.” They also rejected unethical activities like gladiator battles and theater performances, and they refrained from engaging in any work associated with Roman deities.

The Christians themselves had practices that were considered strange to the Romans. As oppression increased, Christians were forced to become cautious and secretive, which gave the Roman mind freedom to speculate about their gatherings. For example, rumors abounded that the Lord’s Supper was actually a cannibalistic affair in which Christians ate the flesh and drank the blood of their master. The use of the holy kiss led the Romans to believe that the Christians were engaged in raucous orgies when they met together. And the fact that Christians referred to each other as “brother” and “sister” gave rise to rumors of incest among them. While these rumors were wildly misconstrued and false, it was because the Christians were so different from the rest of society that many people believed such absurdities.

As the Roman Empire grew, it was more difficult to maintain control of the various people groups they conquered. It became clear that steps must to be taken toward the unification of the Empire if it was going to survive. Somehow, allegiance to Rome must be secured among such a diverse array of peoples and cultures. Because religion can exert powerful sociopolitical influence, Rome ultimately decided that worship of the Emperor as a deity would serve as the greatest unifying force.

The Romans thus took a very pragmatic, political stance toward the religions of the peoples they conquered; they were very tolerant of all belief systems as long as Emperor worship was included in them. The Jews were the only exception to this rule, as they stubbornly insisted on worshiping the one true God, Yahweh. However, because the Jews kept to themselves, Rome didn’t consider them much of a threat or concern. So as long as Christians appeared to be part of Jewish culture and religion, they were in Rome’s eyes just as harmless.

However, it soon became apparent that the Christians were very persistent in evangelizing or “proselytizing.” They weren’t just going to keep to themselves like the Jews; their hope was to bring the whole Empire to Christ! Politically speaking, the Romans viewed the Christians as a serious threat to their plan to unify the Empire through Emperor worship, because they refused to bow to Caesar when Jesus alone was Lord of their lives. Thus, the Church was seen as treacherous and disloyal to Rome. C.P.S. Clarke says that Rome viewed the Church, “…Much as a gigantic Sinn Fein or Trade Union organization might be, as an independent and possibly hostile state within the State.”¹

In fact, the Christians’ refusal to participate in Emperor worship was the greatest reason for their persecution over such a long period of time; the political unity of the Empire simply would not allow for such defiance.

In light of these things, it wasn’t too much of a stretch for the Romans to find a convenient scapegoat in the Christian Church whenever there were problems of any kind in the Empire—Christians were secretive, they were strange, they made the Romans uncomfortable with their way of life, and they refused to worship the Emperor, so they must be up to no good!

The event that actually instigated extreme persecution of the Church occurred in 67 A.D. when the city of Rome experienced a devastating fire. Shockingly, Emperor Nero was apparently seen singing and playing an instrument outside the city as he calmly watched it burn, which led to rumors that perhaps he was responsible for the conflagration. What added to suspicion was the fact that the majority of the fire took place in a derelict area of the city, and that Nero constructed a huge palace on the ruins. It seemed very possible that he had started the fire himself in order to “prepare” a place for his new palace.

When Nero heard that this story was circulating, he realized he needed to blame the tragedy on another group under suspicion—the Christian Church. By blaming these upstarts for the fire, the Emperor effectively turned the anger of the people onto the Christians and instigated the first official persecution of the Church. From this time on, the precedent was set that anything bad happening in the Empire was somehow the fault of the Christians; they became the scapegoats for any problems or calamities that befell the Romans.

Over the course of the next 250 years, hundreds of thousands of Christians gave their lives for Jesus, boldly refusing to deny their faith in the face of such horrors as beheading, crucifixion, burning at the stake, slaughter by wild animals and being stretched on the rack.

And yet Jesus had declared in Matthew 16:18 that the gates of Hades would not prevail against His Church. And so John Foxe notes, “Though persecuting malice raged, yet the Gospel shone with resplendent brightness; and, firm as an impregnable rock, withstood the attacks of its boisterous enemies with success. Tertullian, who lived in this age, informs us that if the Christians had collectively withdrawn themselves from the Roman territories, the empire would have been greatly depopulated.”² It’s no wonder that the church father Tertullian stated, “The blood of the martyrs is the seed of the Church!” As Christians laid down their lives for Jesus, countless more arose in their place, and no act of Rome could stop it!

The Christians in the Early Church Era, while facing at times horrific torture and brutality for their faith, were given by God the remarkable grace to “count it all joy” (James 1:2) in the midst of such evil, considering it a minor thing to suffer for the sake of the One who had suffered and died for them. Their gaze was fixed on eternity and the joy of their Lord that awaited them.

In response to their vibrant and victorious witness, countless onlookers gave their lives to Jesus Christ, and God’s Church prevailed. As an early Christian apologist put it, “Christians love all men, but all men persecute them. Condemned because they are not understood, they are put to death, but raised to life again. They live in poverty, but enrich many; they are totally destitute, but possess an abundance of everything. They suffer dishonor, but that is their glory. They are defamed, but vindicated. A blessing is their answer to abuse, deference their response to insult. For the good they do they receive the punishment of malefactors, but even then they, rejoice, as though receiving the gift of life.”³

Truly the witness of the martyrs not only inspires and challenges us today, but affirms to us the truth of Paul’s words in 2 Corinthians 4:8-10—“We are hard pressed on every side, yet not crushed; we are perplexed, but not in despair; persecuted, but not forsaken; struck down, but not destroyed—always carrying about in the body the dying of the Lord Jesus, that the life of Jesus also may be manifested in our body.”