The Reformation Through Jewish Eyes 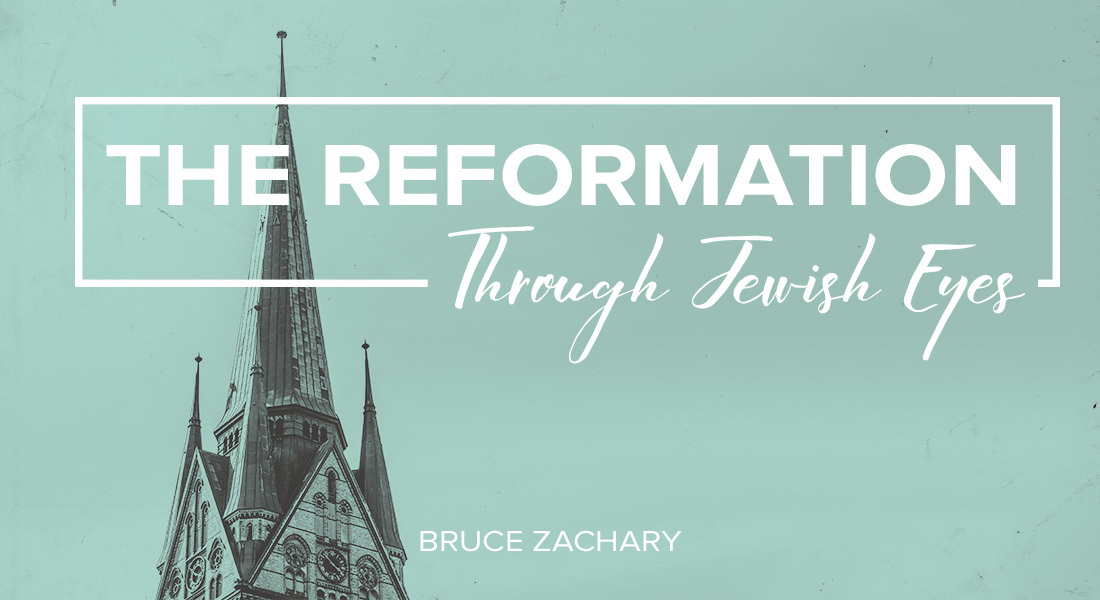 As the Church prepares to celebrate the 500th anniversary of the Reformation on October 31, 2017, there is much to celebrate. Truly the Reformation has been an impetus for glorious eternal good. Yet, it may be helpful to understand the Reformation through Jewish eyes. I am unable to speak universally for my people, but I am likely able to offer an uncommon perspective as a Jew, a follower of Jesus and a Calvary Chapel pastor for more than 25 years.

Suffice it to say that Luther is a poster child for a purified Christianity, which is generally a good thing for all humanity, Jew and Gentile.

Nevertheless, you won’t see that poster hung in many Jewish homes. And that poster may even be offensive to a history savvy Jew. In a 2008 article by Magda Teter, published in Modern Jewish History, the author provides a scholarly snapshot of this tension:

“In the early stages of his break with Rome, Martin Luther seemed to make a stark break with prevalent attitudes about Jews. In a treatise written in 1523, he depicted the Jews as models of common sense: ‘If I had been a Jew and seen such oafs and numbskulls governing and teaching the Christian faith,’ he wrote, ‘I would have rather become a sow than a Christian.’ By using gentle persuasion, Luther argued the reformers might convince the Jews to accept conversion to a purified Christianity. But in the 1540s, Luther shifted to harsh attacks on the Jews, resorting to common late-medieval stereotypes. In fact, in his later career, his vision of how the Jews should be treated greatly exceeded in hostility anything ever proposed by the Roman Church, including a call to destroy synagogues and Jewish homes, to confiscate Jewish writings, to prohibit rabbis from teaching, to prohibit Jewish usury, and, eventually, to expel them. This violated both customary law and Roman church policy, which in principle protected the Jews’ right to practice Judaism in peace. True, not every reformer was as immoderate as Luther. But none of the major reformers produced a significantly new theological position vis-a-vis the Jews. They all held to the ancient doctrine that the Jews willfully and wickedly refused to accept the truth of the Gospels, even though the Church had demonstrated it to them.

The upheaval caused by the early Reformation also had negative practical consequences for the Jews. In the charged atmosphere that resulted, expulsions and persecutions became, if anything, more frequent in German lands. In the papal states and northern Italy, the upheaval of the Reformation also contributed to greater repression of the Jews. In the previous century and a half, popes, princes, and urban governments in Italy had tended to adopt a pragmatic attitude to the Jews, protecting their presence for the sake of the tax revenue they contributed. But in the 1550s, prompted by the various anxieties of the Reformation period, popes Julius III and Paul IV decreed several severe measures aimed at bringing about Jewish conversions. Three measures from this period did have far-reaching consequences: the requirement that Jews sell all real estate to Christians, the forced ghettoization of the Italian Jews, and the censorship of Hebrew books.

Yet in the long run, the Reformation set off processes with unanticipated consequences that improved the conditions of Jewish life. There was a shift in popular attitudes from one that had been promoted by the friars, a fearful, otherworldly perspective, to a more this-worldly, confident point of view. Jews lost much of their fantastic, demonic image in Christian eyes and assumed a more instrumental, utilitarian one. Partly, this change had roots in humanistic scholarship and Protestant Bible-reading. Given the Protestant encouragement of lay Bible reading, it is not surprising that Luther and many of the early reformers worked to promote Hebrew studies. Christian Hebraists became familiar with rabbinic exegesis, particularly through the commentaries of Rashi, Abraham ibn Ezra, and David Kimchi. Contact with Jewish interpretations eroded negative attitudes to the Jewish ‘carnal’ reading of the Bible. This does not mean that Christian Hebraists looked upon Jews favorably. They often continued to loathe the Jews. But new possibilities for evaluating Judaism emerged.

A truly momentous change resulted from the wide dissemination of the Hebrew Bible itself, whether in Hebrew, Latin, or the vernacular. Before the Reformation, the Bible had been read mainly by a tiny minority of educated, Latin-trained clerics. With the advent of vernacular translations in print, with increasing numbers of educated lay people, and with the strong encouragement of lay Bible-reading by reformers, a radically different relationship developed between lay Christians and the Scripture of the Jews.”1

It is at this stage of the historical development that I can offer my perspective to the Luther conundrum.

As a Jewish follower of Yeshua, I don’t view Luther as an anti-Semitic bastard, nor do I venerate him as a near perfect hero of the faith. I greatly appreciate his remarkable conviction, courage, and in many respects, tremendous theological clarity. Yet, what I’m most grateful for is his influence hinted by Teter as follows, “…The strong encouragement of lay Bible-reading by reformers, a radically different relationship developed between lay Christians and the Scripture of the Jews.”2 Not only did the encouragement of lay Bible-reading change the relationship between Christians and the Jewish Scriptures, but from my perspective, it changed the relationship between Jews and biblically literate followers of Jesus.

This is wonderfully evidenced in the Calvary Chapel movement with a rich history of Bible teaching and Bible learning. As a movement, we reject the replacement theology that asserts that the Church has replaced Israel and recognizes God’s on going promises to the Jewish people (Romans 9-11). Paul was sure to remind the primarily Gentile Roman church of their spiritual debt to the Jews. The Gentiles are a glorious branch, but the Jews are the root (Romans 11). This biblical perspective, that Luther undoubtedly (but perhaps unintentionally) helped to facilitate and encourage, fostered a genuine love by Bible reading Christians for Jews and the nation state of Israel.

So although I have no Luther posters displayed in my office, I do greatly appreciate his efforts, am exceptionally grateful for the Reformation and presently give a tip of the yarmulke in respect. 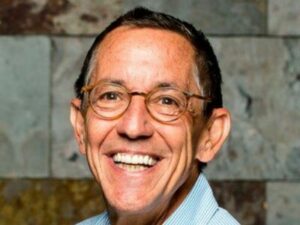